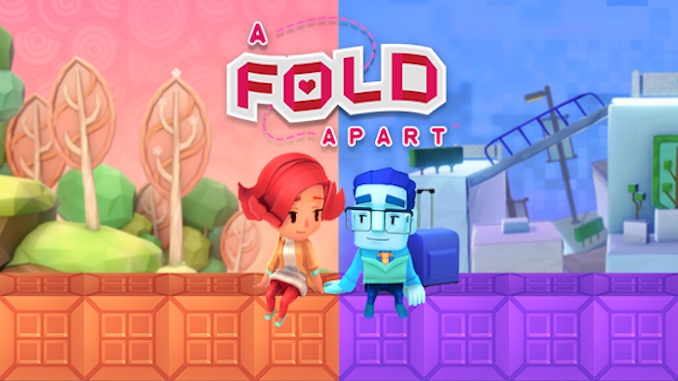 If someone you love is currently at a distance, then you’ll find some enjoyment here. 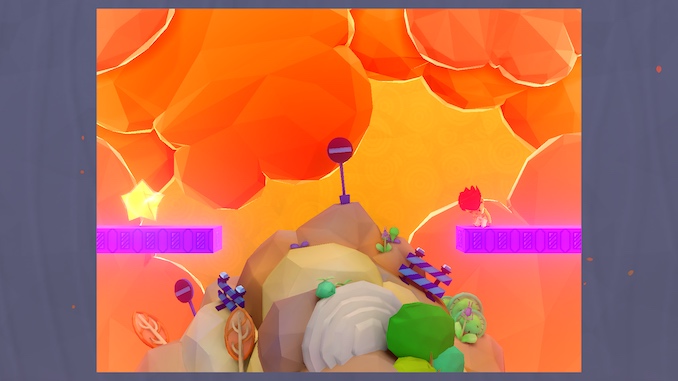 IF I COULD FALL INTO THE SKY

A neat puzzle game from Toronto’s own Lightning Rod Games, A Fold Apart may hold players’ attention just long enough to see its story of long distance lovers through, even as its ugly visuals and melodramatic narrative discourage extended play.

A Fold Apart is the latest in a proud tradition of 2D puzzle-platformers that hinge on a single gameplay mechanic to tell a simple, straightforward story that lasts no more than a few hours. Think the Escheresque The Bridge, the comic book-infused Framed, and my personal favourite, the gravity-defying SHIFT series (the second entry is a work of art and can be played for free right now).

In A Fold Apart‘s case, that mechanic is the ability to fold and flip the corners of each level, presented as a single sheet of double-sided paper. In doing so, it’s possible to rearrange the scene to connect previously unconnected platforms, evade hazards, and enable your player-protagonist to move forward. It’s easier to understand in motion, but if you’ve ever drawn a Möbius strip on a single piece of paper, or enjoyed one of Al Jaffee’s brilliant “MAD” Fold-Ins, you’ll get the idea.

It’s intuitive enough, and the game does an excellent job of slowly introducing new concepts and hazards – platforms that disappear, street lights that block progress, and so on – in a way that feels fair. 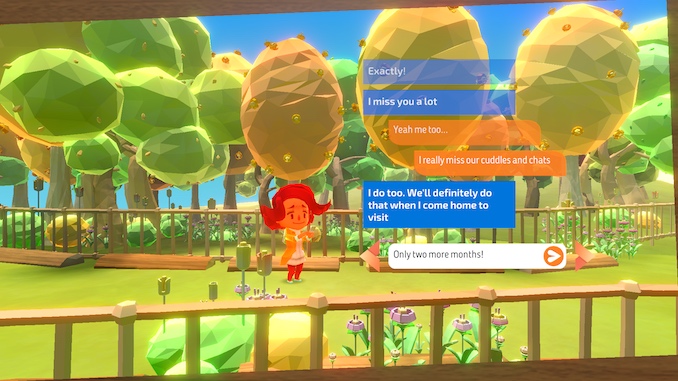 DO YOU THINK TIME WOULD PASS ME BY

In A Fold Apart, you play as a couple in a long distance relationship: “Red” lives in the quaint rural town back home, while “Blue” has taken a big-city job and lives in an exciting if somewhat soulless urban landscape. Refreshingly, “Red” and “Blue” can be any gender of your choosing, a non-heteronormative dynamic still far too rare in contemporary gaming.

As so many before them, Red and Blue are not entirely happy with love at a distance, devoting most of their time to endless text message exchanges – depicted in brief inter-level cutscenes – in which they alternate between expressions of longing and of mutual recrimination. It’s a dynamic that ties directly into the gameplay: every time one or the other character reacts poorly to a particular message – “you mean you’d rather be OUT with your FRIENDS than talk to me?” – the game transitions into the next puzzle.

Strangely, though, A Fold Apart never delivers on its central premise, not to mention its cover art: with one minor exception, not a single puzzle actually involves folding the blue and red worlds to bring the characters together. It’s a weird oversight, to say the least. 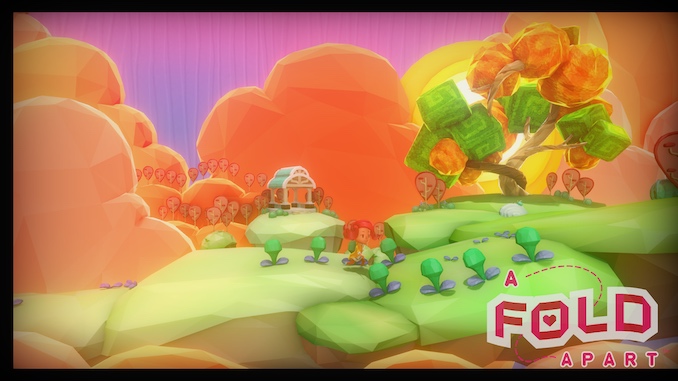 ‘CAUSE YOU KNOW I’D WALK A THOUSAND MILES

You don’t have to have ever been in a long-distance relationship for A Fold Part to feel painfully real, as anyone who has ever texted the wrong words can attest. That said, A Fold Apart arrives, however inadvertently, at the perfect moment: there’s a very specific familiarity to watching two people struggle over their inability to meet face to face.

It’s unfortunate, then, that this interesting dynamic occasionally gives way to melodrama and cliché, as if the developers wanted to make sure their theme got hammered home in BIG. CAPITAL. LETTERS. (Seriously, the characters are always thinking and talking in all-caps. It’s annoying.)

Worse yet, the neon art style – papercraft by way of a bad acid trip – is so unpleasant I found myself regularly turning it off just to give my eyes a rest. It’s also unnecessary: as fellow Canadian indie Cuphead (our review here) recently proved, it’s more than possible to produce lovely illustrations on a micro-budget. In A Fold Apart‘s case, one wonders why they hired an art director with such a terrible aesthetic.

Still, A Fold Part only takes a few hours to get through, and the narrative thread is compelling enough. Cue Vanessa Carlton:

If I could just see you tonight.

Visit the official page for A Fold Apart here.