Not to suggest that everyone needs to fall off a cliff to discover a renewed direction in life and art, but, as it turns out, it did work for Peter Katz. It’s a drastic measure, for sure, but it definitely puts things in perspective.

So, yeah, Peter Katz fell off a cliff on the long, twisted and not a little bit painful road to making his startling new album, City of Our Lives. He dropped about 100 feet in three seconds, beat the odds by both surviving and avoiding paralysis and, after spending six months in bed being confronted with “worse and worse news” every time a doctor entered the room and being assured he was unlikely ever to walk – let alone perform and/or tour – again, subsequently also found himself in the midst of bidding farewell to his house and the onetime love of his life and descending through several further stages of a textbook existential crisis.

Impossibly enough, it’s all turned out alright. The results speak for themselves. City of Our Lives is the most daring and devastatingly honest addition yet to an impressive discography. It’s the Peter Katz record where Peter Katz comes into his own, the Peter Katz record that elevates him from one of those sturdy Canadian singer/songwriter types forever crowding the edge of the radar to the Peter Katz who makes you wonder why you haven’t been paying more attention to Peter Katz all along.

Rhythmically inclined, streaked with gossamer synths and sensitively attuned to the most progressive and emotive reaches of recent 21st-century pop music, City of Our Lives is not necessarily the sort of record you’d expect from a chap who’s typically been associated with folk music – albeit a chap who also pushed the “folk” idiom to the most baroque and ambitious extremes within his command on 2015’s We Are the Reckoning, a record that CBC Radio’s Tom Power called “one of the most heartfelt, beautiful and vulnerable records of the year” and “an astonishing record.”

“Part of what I wanted to do with this new music is to not have it be just about my story. It’s in there – it’s all in there – but I think that my older approach to writing was about holding on rather than letting go. This music feels like letting go to me. And I hope that when people hear it, they can hear their own story in it too and that maybe it can help them feel like letting go.”

It really does. Not to belabour the whole falling-off-a-cliff thing, but City of Our Lives has a definite feel on the whole of ecstatic freefall into the unknown. That was the point. Deliver the musical “feels,” first and foremost, and leave it for the intellect to do the work on the lyric sheet once the goosebumps have subsided.

“There’s so much that I’ve put into the lyrics and I’m so proud of every single word on the record, but this time you can just have an experience with it musically. That’s exciting to me. That I can make something where, hopefully, the experience of it is made of authentic stuff from inside me, but it’s made in a way that you can just enjoy it, y’know?”

After writing something like 60 songs and tracking nearly as many of them with numerous producers and numerous co-writers in multiple ports of call, Katz finally struck gold when City of Our Lives’ eventual go-to producer, Derek Hoffman, flipped the switch on an acoustic demo of “Paper Thin” and turned it into the warm, synth-pop hug it is today.

“Paper Thin, for me, really is the epicentre of the record in that lyrically, it talks about everything – ‘When your biggest fear it ends up coming true / That’s when you find out what you have inside of you / I am braver than I’ve ever known / These days have shown that to me’.”

So Peter Katz did what felt right to him. And, as you’ll hear when you dig into City of Our Lives, it was, without a doubt, the right thing to do to usher in the next, definitive phase of his musical career. Don’t worry, either, if you’re just jumping in here. It’s a fresh start. Enjoy the back catalogue at your leisure. It’s really good, too.

Meantime, we won’t recommend falling off a cliff to anyone else as a voluntary path to personal or creative enlightenment. But it really does work. And it helped Peter Katz land on his feet, so to speak. 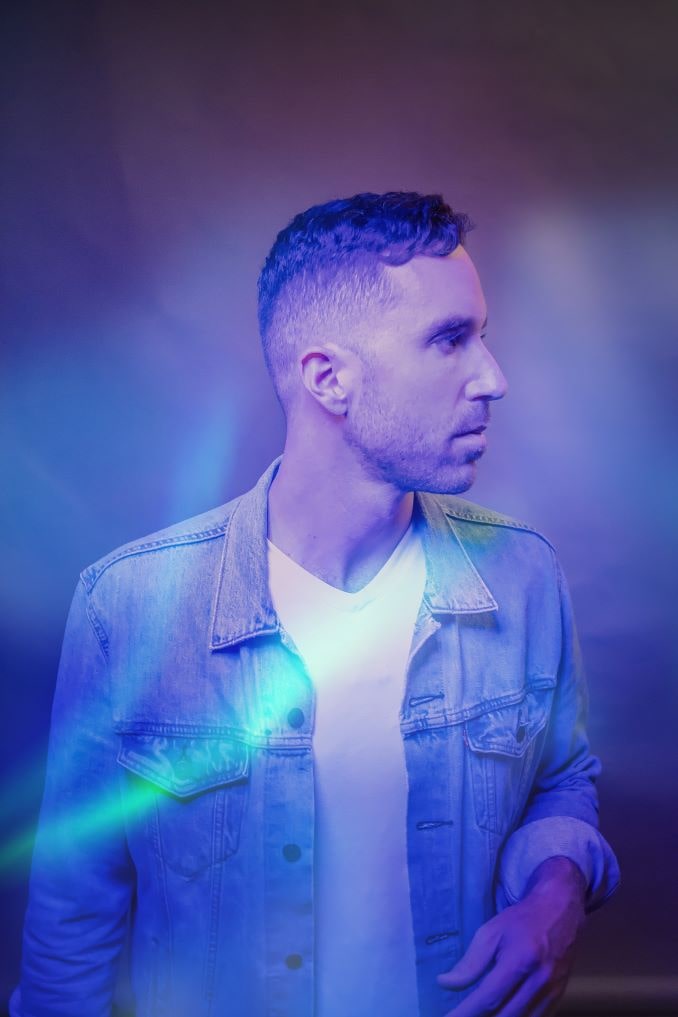 Founded: In 1996 I wrote a song for a school project, so I think it all started there 🙂

# of Albums: 9 (1 of those was live, another was an EP, and the first 3 are officially banished… It’s a complicated history, but there it is!)

Latest Single: I Will Never Leave You

Hard to pick! The War On Drugs, MØ

I Wanna Dance With Somebody – Whitney Houston

Moment of meditation, focused on the word “Trust”

Oh man… 98% of the time superfood salad from Fresh, but when I’m celebrating something, Sneaky Dees all the way. LOVE it there so much.

Why are you doing this to me?! Because I have to pick: Queen

I literally go to Trinity Bellwoods every day (alone and physically distanced! No hating on me)

Depends where I’m walking. Also, I’m on instagram @peterkatzmusic Facebook: peterkatzmusic and at some point I’ll surrender to Tik Tok (also @peterkatzmusic) And you know, you can kick it old school at on my website (which I put a lot of work into) or even better, sign up for my mailing list which is the ultimate place! (link at peterkatz.com)

The next single “I Will Never Leave You” is out now! Feels like the biggest risk I’ve ever taken as a songwriter, can’t wait…