This past weekend we started getting those end of summer feelings. The days are hot and the nights are just cool enough to begin sensing that fall is not too far away. It wasn’t the summer we had planned. Travel plans had all gone by the wayside as we remind ourselves how we were fortunate to spend time in hideaway places far away from the routine of day-to-day in the big city. It’s been one helluva summer but we are holding on to our dreams of travel for another year.

We had mentioned about Chef Mark McEwan’s very special PEI Food Boxes in July when it first launched. There are several wonderful options to explore. Each one features the fresh taste and flavours of the East Coast province. 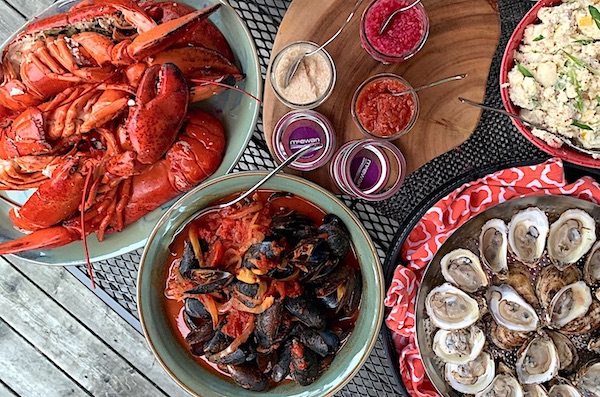 Also included were Chef McEwan’s own magical finishing touches including a compound herbed butter and a “herb brush” for the lobsters, a full jar of delicious sauce for the mussels, herbed rub and peppercorn sauce for the beef, lemons, mignonette sauce, cocktail sauce and horseradish sauce.

When we opened the delivery box, we quickly realized that it was more than enough food for us. A quick text to our next-door neighbours resulted in an impromptu casual dinner in the backyard underneath the stars for our two families –not sure how many people this box was meant to feed but there were eight of us in total (we did add in an extra salad and an extra baguette). By the way, there are also options portioned for two people as well. 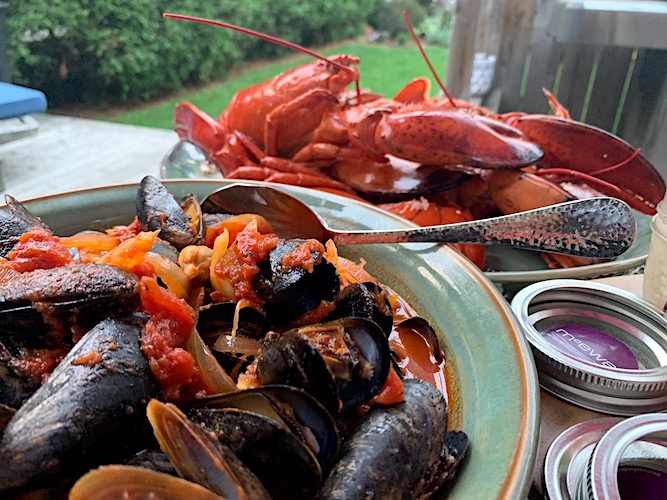 So, how much added work do you need to do to get this feast on the table? The grilling and final finishing instructions were provided. 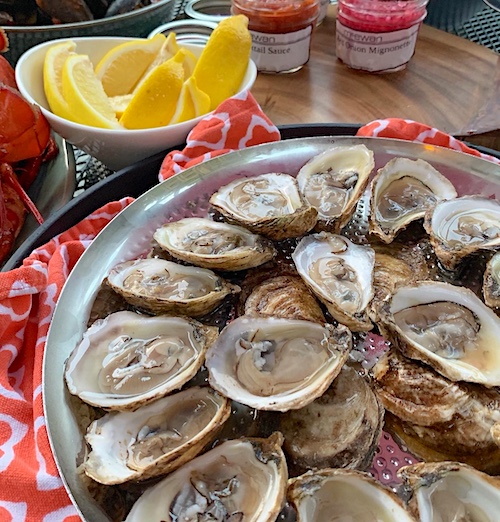 The steaks will need to be grilled. You’ll also use the Herb Rub here as well as warming up the peppercorn sauce in a small saucepan — it’s so good! 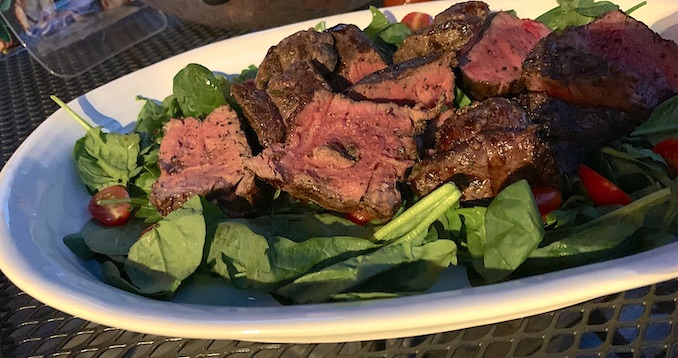 The lobsters would have been the most finicky part for us but McEwan’s has taken that work out of the equation as it comes pre-steamed, chilled and split. They do recommend to just finish with a baste of the herb butter (using the herb brush) on the grill for a few minutes, but that was easy. You’ll want a lobster cracker to dig into the claws. A hammer also works here. 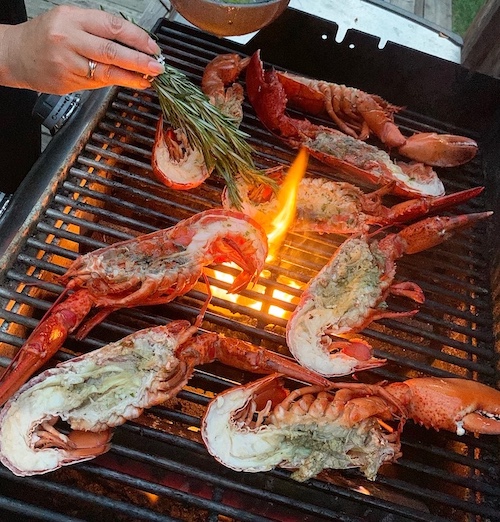 The mussels require a big pot to cook. Simply pour in the sauce (there are two options to choose from when you order) into the pot and bring to boil. Then add in the mussels and cover to steam and allow the shells to open. This is pretty quick.

It was a perfect night to get together as we caught up comparing zoom call mishaps and how our priorities have changed over the past few months. While travelling is at a standstill we can still make some pretty amazing memories even in our own backyard. Cheers to that!

*McEwan PEI food boxes require a minimum 48 hours notice to prepare. Orders are taken on the phone or online at mcewancatering.com. There are several options available and even for two people. Pick up from one of McEwan’s Fine Foods locations or delivery available.

My Taiwanese friends have travelled the world and tell me that some of the best street food is in Taipei. […]

The windows along the streets are lined with visions of sugar plums dancing in our heads. Scenes with traditional Christmas […]