Did you know that the slasher film is a Canadian invention?

Black Christmas (1974), set in and around a Toronto sorority house during the winter holidays, is widely credited with establishing the genre, including its tropes of young female victims, faceless knife-wielding killers, and phone calls “coming from inside the house!” Black Christmas is far from the best slasher film – that honour goes to Halloween (1978), or maybe the meta-horror Scream (1996) – but it’s an iconic piece of Canadian film history. 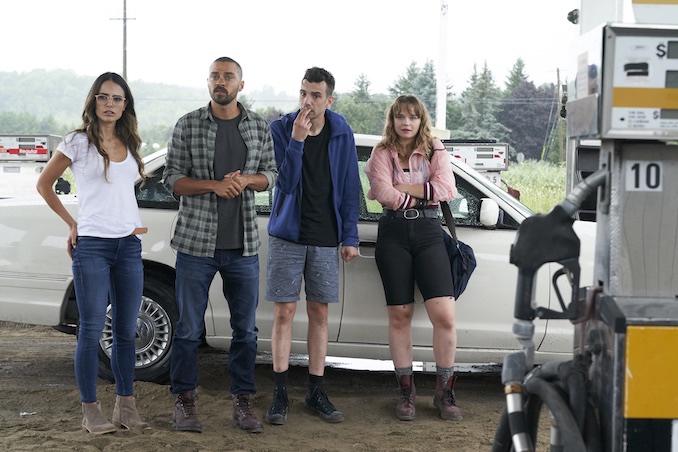 Random Acts of Violence, a new slasher film directed by actor Jay Baruchel (his second time behind the camera, after the equally Canadian Goon 2: Rise of the Enforcers), is obviously aware of that history. Set partly in Toronto and featuring a Christmastime bloodbath, Random Acts of Violence is a decent stab (sorry) at the genre, though its confusing messaging and over-reliance on 46-years-outdated tropes makes it hard to recommend to all but genre diehards.

Random Acts of Violence stars Jesse Williams (Grey’s Anatomy) as Todd Walkley, the writer-creator of a wildly popular but incredibly brutal slasher/horror comic book. As we learn early on, Todd’s comic is inspired by a “real” (i.e. invented for this film) serial killer active in the early 2000s. Fascinated by those killings, Todd has made a successful career out of imagining new stories featuring the masked killer, whom he has christened “Slasherman”. 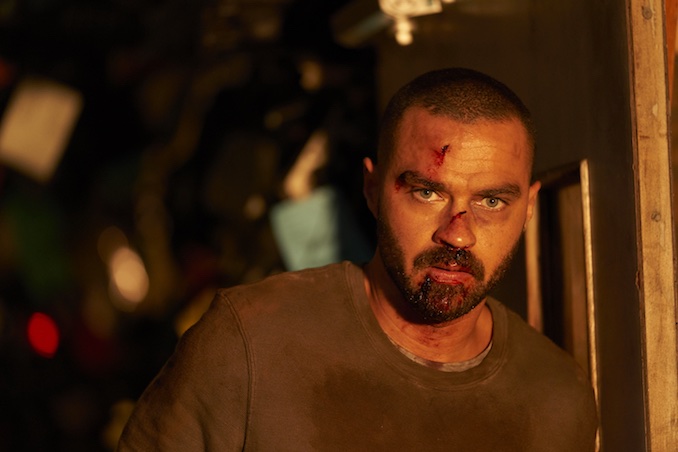 In other words, Todd is yet another one of those male creators whose “art” is largely devoted to conjuring up new and disturbing ways to dismember female bodies. It’s sick and exploitative, but then it’s supposed to be: from the outset of the film, Todd must confront criticism about the inherent misogyny of his work, and his exploitation of a real-world tragedy. Then, early on in the film, people start turning up dead in the “real” Slasherman’s old stomping grounds. Even worse, they’re all posed in tableaus lifted straight from the pages of Todd’s comic.

In theory, this makes the questions raised by the film more interesting. Is it appropriate in 2020 for male creators to continue dreaming up horrific deaths for fictional women? What is the statute of limitations on adapting a real-world tragedy for the sake of entertainment? (For what it’s worth, Black Christmas was partly inspired by a Montreal-based serial killer active some thirty years prior.) 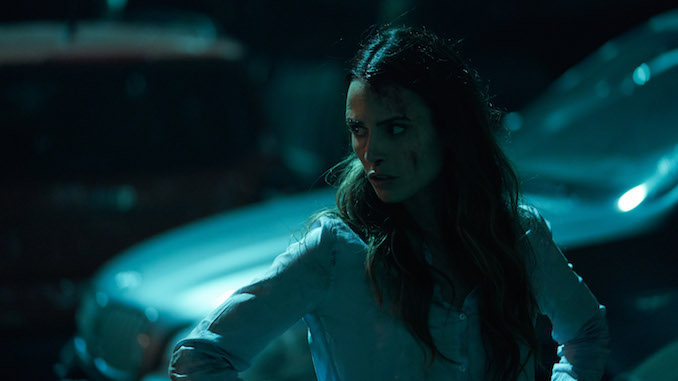 It’s unfortunate, then, that writer-director Baruchel (he gets a screenplay assist from Jesse Chabot, who also co-wrote Goon 2) can’t quite make up his mind about what he wants to say. On the one hand, the film has several characters forcefully condemn Todd for exploiting tragedy and for glorifying violence against women. On the other hand, this slasher movie is, by definition (and as betrayed by its title) fixated on gruesomely murdering several young women (and a few men) for the sake of entertainment.

However, by the time the film (light spoilers) gives Todd a traumatic backstory explaining just why he’s so obsessed with violence, Baruchel effectively abandons those questions. All that’s left is a movie that glorifies violence while, at most, acknowleding that some people will criticize it for doing so. Still, if I had to guess Baruchel’s true opinion on the matter, I’d point to the scene where Todd defends himself with the tired, if fair, argument (see: Bowling For Columbine) that art can’t be blamed for society’s ills.

Judged on its own merits, Random Acts of Violence has some annoying weaknesses as well. Characters always split up right when they should stick together. Cell phone service is inexplicably terrible. Nobody ever calls the cops. A better movie (i.e., Scream) might have deployed these clichés while winking at the audience. Here, it just comes across as lazy.

All that said, I mostly enjoyed this proudly Canadian film. It does have its tense moments, including one nearly-wordless sequence towards the end of the film that borders on hallucinatory. I also like the small supporting turns from Jordana Brewster (the Fast & Furious franchise), Degrassi alumna Niamh Wilson, and writer-director-actor Baruchel as Todd’s business partner who, unsurprisingly, gets all the funniest lines in an otherwise serious movie. 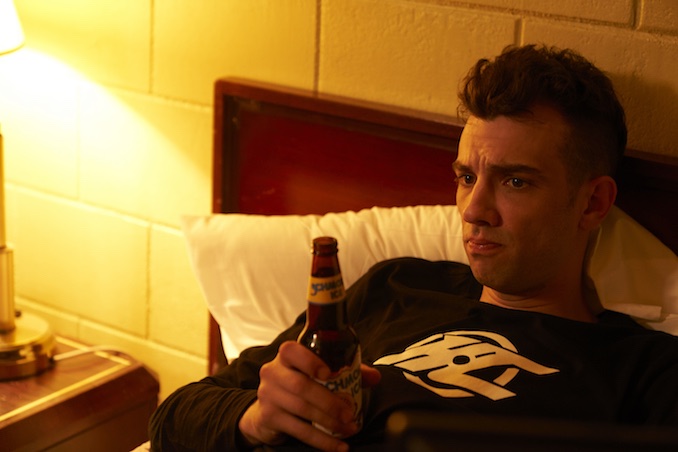 I’ve been a fan of the actor Jay Baruchel since, no joke, he starred on my beloved childhood TV program Popular Mechanics For Kids. For my money, the Baruchel-starring Undeclared is a better Apatow series than Freaks and Geeks, and Man Seeking Woman (2015-2017) is the best portrayal of modern romance on television.

Baruchel also starred in one of my favourite horror comedies, This Is The End (2013), an extremely dark sendup of Hollywood ego in which Baruchel tries to survive the apocalypse alongside Seth Rogen, James Franco, Craig Robinson, and a plethora of celebrities playing lightly fictionalized versions of themselves. This Is The End can be legitimately scary, and gruesome, but it’s also brimming with hilarious dialogue and a deft, self-aware, comic touch.

Random Acts of Violence will never be mistaken for comedy, but it does hint at a self-awareness that’s unusual in horror outside Scream or Joss Whedon’s Cabin In The Woods. It’s just unfortunate that, right after raising some interesting questions, Baruchel’s film largely abandons those questions and doubles down on the slashing.

While NXNE is primarily band/concert-heavy, the festival also has some great music-themed films lined up for this year. The whole […]

“A Day in the Life” with documentary filmmaker Liz Marshall

When I met Liz Marshall in the late 1980s, she had already begun what has become a lifelong commitment to […]

“A Day in the Life” with Toronto Media Composer Sean Hayden

Sean Hayden has always been one of those people who knew what they wanted to do in life. Growing up, […]