While toeing the line between heartwarming and flat out bizarre, Matthew Bailey (Andy Shauf), Dave Clark (Rheostatics) and Graeme Moffatt (Buster Crabtree) embody characters and spin narratives that favour an eclectic cast of underdogs under the name Psychological Rangers. Bowing in submission to their collective id, they embark on absurdist journeys aiming to express universal truths but happily settling for a laugh. 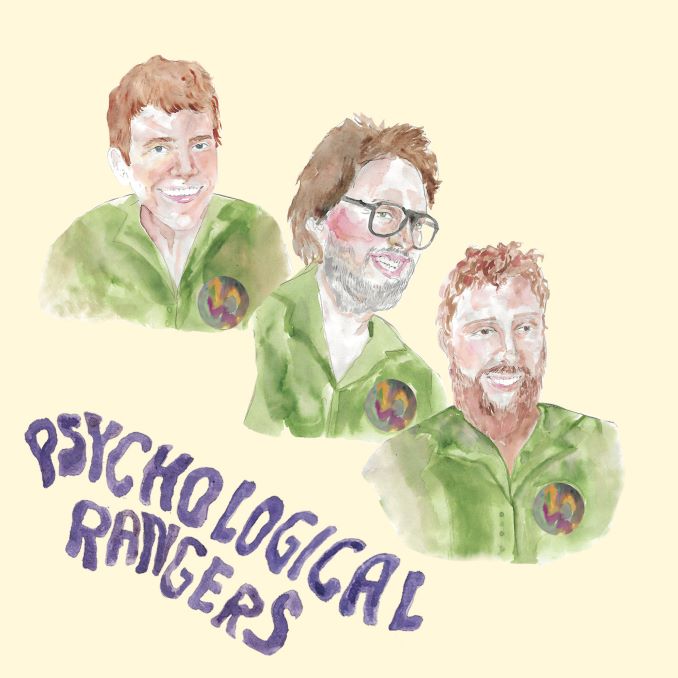 Founded: 2020, been secretly working on this album since 2015 though

Kiss From A Rose

Wear my first “band shirt” which I bought at Black Market in Gr 9 (Jimi Hendrix) under whatever I’m wearing for the show.

aw, that’s a beast of a question. i mean are you gonna choose between your kitties as to who is your fave?! (ok, aside from matthew and graeme.)
raha javanfar, rebecca hennessy, michael herring, kevin breit, ian d’sousa and karen ng all come to mind right now as being exemplary people, community builders and brilliant artists that folks should check out. i love each of them dearly.

I’ll say Sneeky Deeks not because of the food, which I haven’t eaten in decades, but because they’ve never stopped me from using their urinal room whilst I was in the midst of my daily walking routine. bless them indeed. they keep it clean too. which my health inspector friend says means the kitchen is in good shape.

queen street for the people buzz. college st for the broad sidewalks and shaded south side in the steamy summer heat.

Love em all. i live moments away from bellwoods. i’ve had magical times in there, like when 2 years ago almost half of the “dog bowl” valley thawed and froze smooth creating the best skating rink in toronto.
that said, i had my lid blown by riding my bike by grenadier pond last week at sunset. spoiled?
yes

both good as long as it’s not elp – i’ll take elo – also etransfer if you can’t pay cash.

A very nighty nighttime owl. I do say hi to the early birdies though when I close my eyes to sleep.

Studio. Nice and cozy alone indoors surrounded by guitar and microphone friends. Recording with goofy human friends is also much needed from time to time.

Our debut album, “Dirt Bath”, is out on our bandcamp and on zunior.com

Our most recent featured musicians will be playing this year’s Operanation, a fundraising event that includes the pairing of a […]