Some brave musicians set themselves the difficult task of completing a new song every month. That’s just not enough for Toronto’s favourite overachieving indie-rock darlings Altered By Mom, who released one original song per week for all of 2020. That’s a total of 52 new songs, all available across digital platforms!

The resulting (and appropriately-titled) collection 52 SONGS (2021) demonstrates a knack for infectious melodies, classic songwriting, and a quirky sense of humour. “Turns out when you have to write what feels like a million songs, you get some gold and some fool’s gold”, said singer and multi-instrumentalist Gina Kennedy.

“We were lucky enough to be self-isolating with a recording studio and a bunch of instruments”, said producer Devon Lougheed. The Altered by Mom recorded and mixed everything from their studio in Little Italy.

Highlights of the monolithic collection include collaborations with Terra Lightfoot, The Lowest of the Low, and Nigel Pulsford of Bush X.

While the 52-song collection is stylistically diverse, fans of quirky bands like The Barenaked Ladies may especially enjoy the cheekier songs – “I’m Gonna Send A Smoked Salmon to Moncton” could easily be the next “If I Had A Million Dollars”. Hard rock fans should start with “Blind” and “Hey Ashley”. For feel-good Canadiana along the lines of Sloan and The Arkells, check out “Get Right” and “You Can Do What You Want With My Heart, Babe”.

Fans of emerging Canadian artists may recognize Kennedy and Lougheed from other acts like Hey Ocean!, Skye Wallace Band, and Monowhales. The duo have been releasing music together as Altered By Mom since 2016. 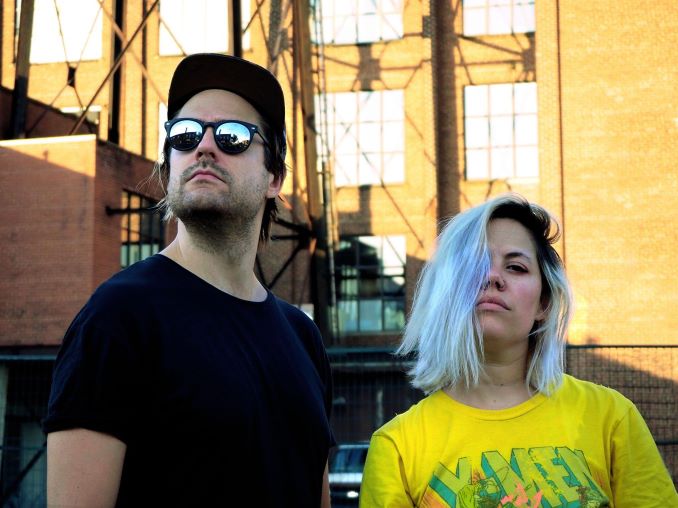 “52 Songs”, released January 2021, which collects the whole year’s output into one place.

At the time of this interview, it’s “A Song To Say Goodbye”, one of the contenders for saddest song of the whole batch. We wanted to write a ballad as sad as “Against All Odds”… take a listen and let us know if we pulled it off!

This is a track we worked on with one of our long-time heroes, Nigel Pulsford of the band BUSH X. We wrote and produced the whole thing together thanks to the wonders of the Internet and the kindness of a legit rockstar’s heart.

Buddha’s Vegan Restaurant. You and your friends can stuff yourselves full for like $8 each, and the address is 666 so how can you go wrong?

Wintersleep (Gina’s a maritimer) and The Sourkeys (Devon’s a Southern Ontarian).

We could get all pretentious and say that no song can truly be a guilty pleasure if someone is enjoying it, but the true answer is “Candyman” by AQUA (which incidentally we covered on our Instagram).

Watch footage from Glastonbury 99 and get pumppped.

Skye Wallace, whomst is your dad.

Cactus in the Valley from Sneaky Dees, which Devon incorrectly calls “Toad in the Hole” every damn time. SPICY SAUCE ON THE SIDE THO.

We’ve lived and loved on both.

It used to be Trinity Bellwoods, but now we’ve graduated to High Park. Those that know, know. And also there are llamas.

We prefer when artists release one original song per week for a whole year.

Early bird. Like a mourning dove or a squawky rooster.

Right now, we’re missing the road like cray and we have spent more than enough time in the studio.

Hey, have you ever tried dipping a roti from Mother India into Chalet sauce? Also we’d like to take a moment to address David Newberry’s complaints about Swiss Chalet in this same column with a demand for the three of us to eat Festive Specials together, his treat, or else.

@AlteredByMom everywhere! We’re the cute ones.

Well, it’s a global pandemic and we just finished releasing an exorbitant number of songs, but… Gina is working on a solo album in 2021 and we’ll be hosting a residency for a month at one of Toronto’s most timeless music venues as soon as it’s safe. See you then!

Toronto-based folk duo, Basset, is full of timeless heart. Acoustic songwriters Sam Clark and Yasmine Shelton will take you through […]