Stepping onto the set of the new Family Feud Canada at the CBC studios in Toronto was every bit as exciting as one would imagine. The rows of bright lights along with the heart-pumping music and vibrant energy of the crowd gets you all swept up and in the moment. That intro music is unmistakable as one of the most popular television game shows in history. This was the set up one afternoon as I had a chance to experience what it would be like to be on a game show that I grew up watching with my family. Yes, Canada has its own version that will premiere on December 16. 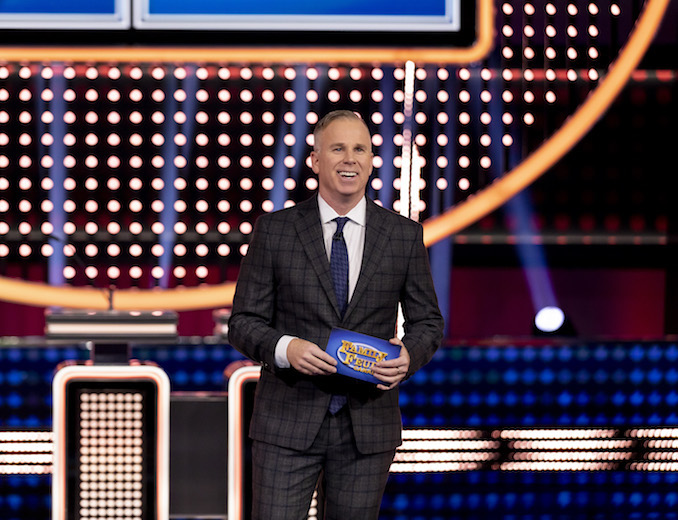 Canadian families from across the country were invited to apply for the chance to compete on the new CBC game show hosted by actor and stand-up comedian Gerry Dee. Almost 2000 families applied for the inaugural season. From those applicants, 575 families were invited to audition in person. The CBC team travelled to 15 Canadian cities to meet with the families. Ultimately, 72 families were selected to compete on air with each episode for a chance of winning $10K.

Based on the iconic and longest-running game show, the internationally popular Family Feud format takes the most popular answers of 100 people surveyed questions from all different topics. Families join together to get points on the board and for the chance to play “Fast Money” a lightning round for the grand prize. For the Canadian edition, families can expect some Canadian content. Our mock-game had us guessing answers to  “Name something people ask Canadians?” And the answers? Well, it’s not necessarily about the most logical answers but more about the most common answers and what immediate answers would come to mind. No pressure!

Host Gerry Dee (you may also recognize him as high school teacher, Mr. D. on the popular sitcom) tells us he got the call one day from the CBC team asking if he’d be interested in working on the new game show. Without hesitation and any details, he said “yes!” 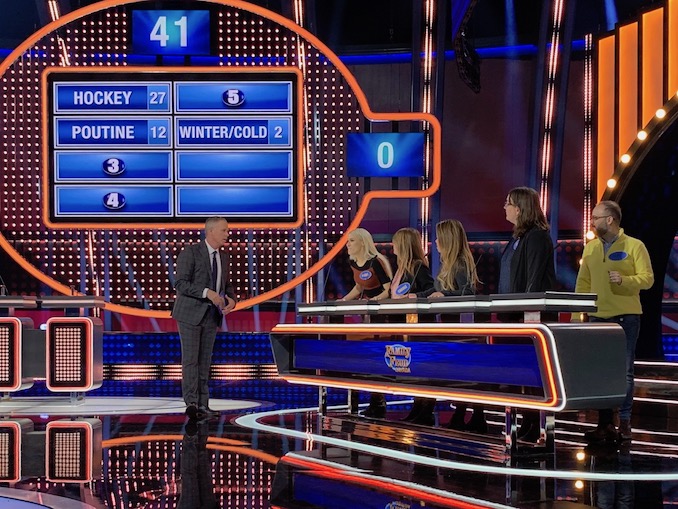 Name a place in Toronto you would take a visitor to?

GD: The set of Family Feud Canada. It’s a fun visit! I’ve been doing that a lot lately.

Name the most famous Torontonian?

GD: Mike Myers, is he considered a Torontonian still? Maybe Rachel McAdams? Or how about Jim Carey? No, Mike Myers.

Name the most common complaint from a Torontonian?

Name something Canadians do in the wintertime?

What is something you wish someone would ask you?

GD: Good question. To be in a movie.

GD: Hot dogs, you know from those hot dog stands.

About Sonya Davidson 759 Articles
Born and raised in Toronto, this city girl covers the latest in arts, culture, food, and style. She also shares interesting stories about Toronto's people, places, and things. Follow @theculturepearl on Instagram and Twitter.
Twitter

The Pug Life and Toronto’s own
Miss Pickles

What is it about Pugs that so many people adore? Their smushy faces? Their compact size? Their quirky personalities? Pugly: […]

Well, we know what Don Ferguson is doing for New Year’s Eve. The original founding member of Canada’s CBC-TV’s AIR […]