Growing up on the Southside Weston road/Jane street area (121 Humber Blvd), Toronto rapper Swagger Rite has seen a life full of dualities; success and heartbreak, hustling and blue collar work, fame and dead ends. But it’s these same dualities that envelop his music so strongly and allows him to share the complexities of his community.

Swagger Rite’s first taste of the industry came through his dance group, Rated PG, when he was 13 years old. After winning a competition in 2005 called ‘You Got Served’, Director X (Drake “Hotline Bling”, French Montana “Famous”, Zayn “Like I Would”) signed the group. They would end up performing in Rihanna’s “Pon Di Replay” that same year, however, for Swagger, it wasn’t enough.

“I was watching a lot of artists coming up around 2011, 2012. I didn’t really like a lot of music coming up and thought I could do better. I was always good at freestyling, and my cousin $ha Hustle was already doing numbers so I just started going to the studio with him and started rapping,” he says.

In 2016, Swagger Rite made his rap debut with the mixtape, P.O.M.E. (Product Of My Environment), a gritty trap infused tape filled with street tales, which resulted in a quick growing social media fanbase and Soundcloud following with over 2 million streams to date. Though much of his music is rooted in trap music, the self described “old soul” finds much influence in the Golden era of rap music: Tupac, Bone Thugs N Harmony, Method Man, Redman, Cypress Hill, and Big Daddy Kane, to name a few. With his rap knowledge in one hand, Swagger Rite then turned to the likes of Gucci Mane, Waka Flocka and OJ Da Juiceman for that swag.

“They always used to say ‘swagger right shawty. Growing up, I was always a fly kid… I grew up getting money at a young age. People were always fascinated by me when I’d come around because I stopped wearing Jordans and started wearing all designer. They were like, ‘Yo, swagger right shawty!’ you know? It just stuck.” On the heels of “In Love With The K”(ft. BlocBoy JB) and “Drop Top” (ft. Yella Beezy and Flipp Dinero), Swagger Rite will be releasing a new EP filled with trappy melodic hits and mosh-pit anthems later this year.

“As far as Toronto is concerned, I don’t sound like anything here. I’m just different. I can rap, I can sing, I can do a rock song… I’m just an all around player.” 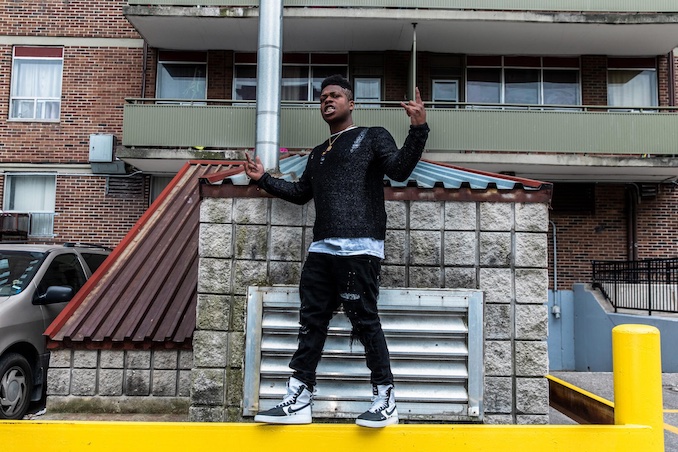 Latest Video: In love with the K

none of the above

Trinity Bellwoods or High Park, Riverdale or Kew Gardens, other?

Both… we don’t sleep fam.

Roti all day fam… why would a man pick Swiss Chalet that dutty chicken?

My name is Ace Autumn and I’m a Hip-Hop artist born and raised in Toronto. I am an only child […]