Ryan Alexander grew up near Winnipeg and came to Toronto in 2004 to pursue a career in fashion.

He studied at the International Academy of Design, and joined the team at a Canadian luxury bridal atelier shortly after graduating where he remained for 12 years honing his craft.

In 2013 Ryan launched his brand, Ryan Alexander. In just a few years Ryan had received a wide range of awards and recognition including TFI New Labels finalist, competitor on fashion design challenge series STITCHED, and most recently The 16th annual Cashmere Collection 2019.

In his free time, he loves to rollerblade everywhere, he’s even been known to deliver a dress or two on his skates. Having a lifelong connection with art and nature, Ryan is constantly inspired by the natural world which is reflected in much of his work.

Ryan loves to collaborate and create. He continues to be published in fashion editorials while working in the Toronto fashion and film scene. 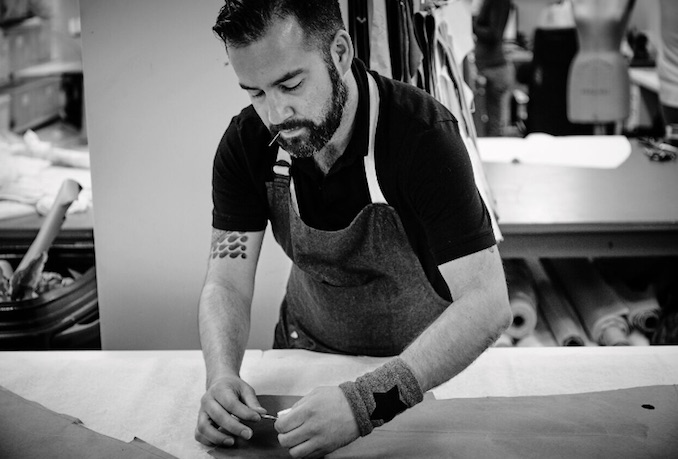 Currently working in the costume department on Star Trek Discovery as a Cutter.

We’re sitting at a cafe when Grace arrives with a box that she carefully puts on the table. As she […]

The White Cashmere show has been one of the most highly anticipated fashion runway shows of the season. Over the […]

For our latest Homegrown Business profile we spoke with James Yurichuk who is the founder of Wuxly Movement, a company […]