Holland Bloorview Kids Rehabilitation Hospital cares for kids with disabilities, working closely with children and their families to provide the support they need to live healthy and meaningful lives. We recently spoke to Sheriauna, one of their child ambassadors about their Dear Everybody campaign. 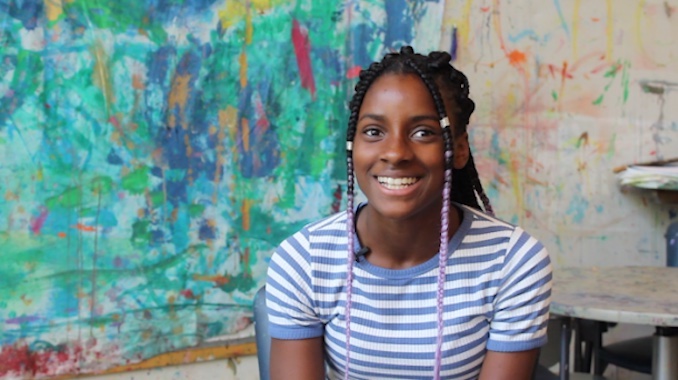 Holland Bloorview Kids Rehabilitation Hospital cares for kids with disabilities. It works closely with kids and their families as well as the community to provide the support they need to live healthy and meaningful lives.

Two years ago, Holland Bloorview introduced its Dear Everybody campaign, which teaches the public about the stigma faced by kids with disabilities – they are usually stared at, bullied, or not invited to play with others.

The campaign’s goal is to help eliminate this stigma, so that kids can grow up and do the things that they want to do without these barriers.

The theme of this year’s Dear Everybody campaign is challenging media to include more people with disabilities in ads, TV and movies. You can check out the video I did for the campaign here.

I have been going to Holland Bloorview since I was 18 months old. They have helped me with getting my prosthetic sized and fitted as I grew older. I have also participated in Agility Clinics which are a lot of fun. I joined the Holland Bloorview ambassador team when I was 10 years old. As a Holland Bloorview ambassador, I work together with them on different events and campaigns to help promote the hospital and the great work it does. I like that the Dear Everybody campaign let’s us as kids share our thoughts and experiences.

I want people to know that kids with disabilities should be seen and accepted for who they are. I think it is important to share the message that everyone deserves to be treated nicely and respected. Holland Bloorview has meant a lot to me in my life so far and I like helping and giving back.

In relation to the theme of this year’s Dear Everybody campaign, I think that more brands and companies need to include more people with disabilities in their ads. Also, I don’t see a lot of people with disabilities being represented on TV or in movies, and if they are, they aren’t playing lead roles. If the person is right for the role, they should be able to play that part, whether they have a disability or not. I have a limb difference, but I’m not letting that stop me from pursuing my passion for dance or my dream to become an actor.

Readers can help by signing the Dear Everybody Agreement at deareverybody.ca. By signing the agreement, they promise to support brands that include people with disabilities, while also challenging other brands that don’t to do a much better job.

Holland Bloorview will have an installation at the CF Toronto Eaton Centre from September 20-22, by the GAP Court. People can learn more about the campaign there, as well as have the chance to sign the Dear Everybody Agreement.