In 2015, the Shangri-La Hotel in Toronto introduced an initiative to bring more honey bees back into the urban landscape. With the help of professional urban beekeeping company, Alvéole, and a custom-made bee hive “B-Wall” the hotel has been doing their part in increasing the population that is thriving. We were recently invited back onsite to find out what’s been happening with Alvéole’s Urban Beekeeping Experience Director, Madison Weir.

Weir tells us this is the start of the busy, or buzzy, season at the hotel’s B-Wall. There’s one queen bee that’s checked-in to the hotel and approximately 15,000 to 20,000 worker bees and drones also currently living in the hive. The queen will lay an average of 2000 eggs per day and the average lifespan of a worker bee is 30 days. At the peak of the season, the hive population will swell to 50,000. Interesting to also learn is worker bees tend to be female doing much of the heavy work while drones are male. 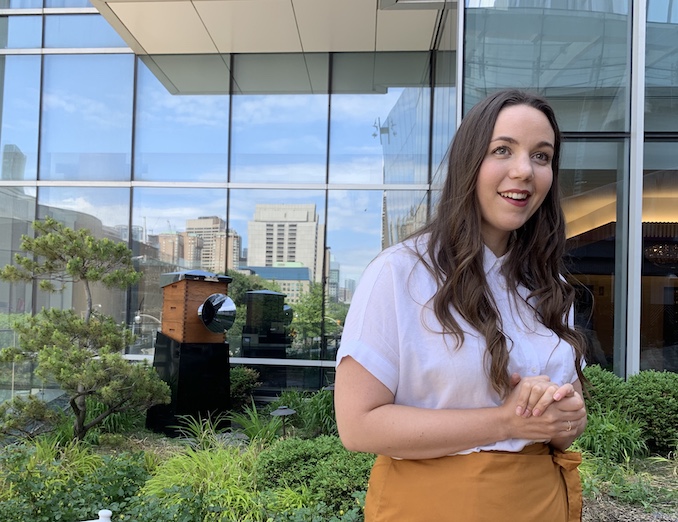 Sounds like a lot of bees buzzing around? Weir tells us not to worry, honey bees are not interested in us as they are focused on their job at the hive. Will they sting? Only if they feel threatened but respect their space and they won’t bother you. At the Shangri-La hotel, guests can arrange a guided tour of the B-Wall and safely view the bees hard at work.

While we understand the bees need to find the flowers to bring back to the hive, we’ve wondered what’s available in and around the downtown core within the three to five kilometre radius from this home base? Weir tells us that with the many gardens popping up on rooftops of office buildings, condo balconies and nearby green spaces the bees are finding more and more opportunities to thrive.  Urban beehives, provide an alternative environment for bees and with strict pesticide laws and floral diversity in urban centres make urban beehives ideal homes, which positively impact the community by helping establish healthy bee colonies to pollinate urban gardens and parks. The Shangri-La Hotel’s terrace garden is also lush come summer and offers urban bees another spot to check into.  Weir tells us there are at least 50 different types of flowering species in the city that are in bloom throughout the season.

We know that what the brings back to the hive affects the taste of the honey it produces so we had to ask…what does Toronto honey taste like? We joked about the possibilities but surprisingly we learned the honey produced in the city are constantly tested and the results are remarkably clean. And like wine, honey’s flavour profiles, as well as colour, change year over year depending on the climate and what the bees bring back. Weir tells us that 2017 was one of her favourites from the Shangri-La harvest as the honey had hints of citrus and fruits. 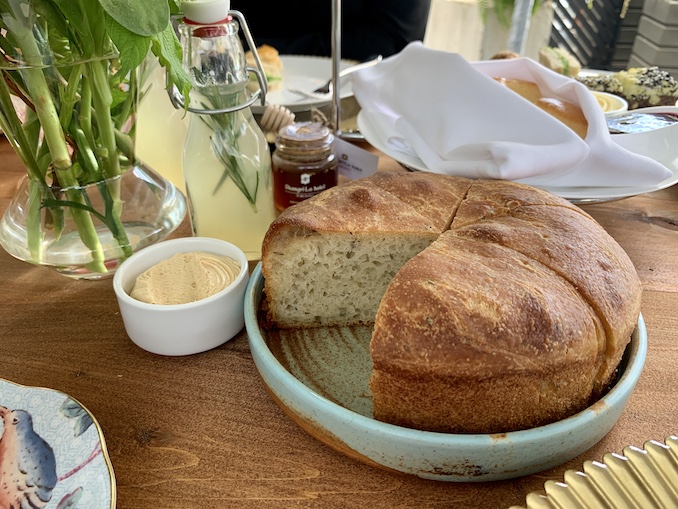 The hive, maintained by Alvéole, at The Shangri-La Hotel extracts approximately 20 kg of honey each season which is harvested each September. So, what do they do with it all? The cherished golden honey is used in the hotel in both sweet and savoury recipes. In celebration, the hotel has launched a new Bee-spoke Afternoon Tea (June 20 to August 31) featuring honey-infused goodies. 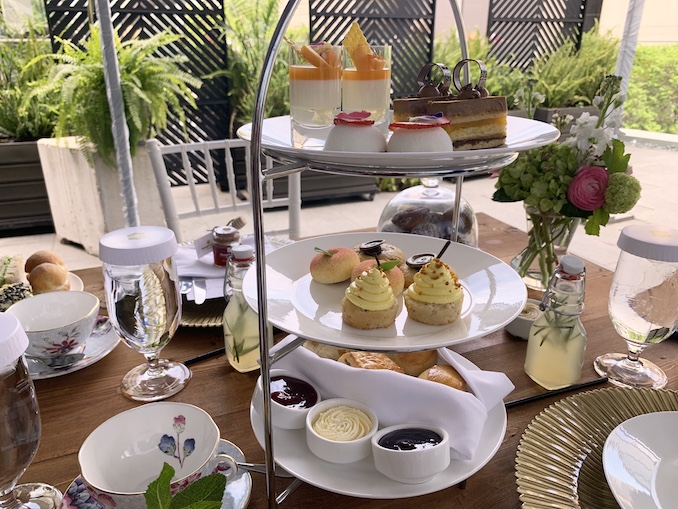 The Bee-spoke Afternoon Tea created by the hotel’s pastry chefs include a strawberry goat cheese mousse, chamomile pannacotta with mead jelly and apricot, burnt honey Castella, peach galette, lavender poppy seed cake and peanut cookie with salted honey, as well as bee pollen, and mead-soaked sultana scones. The selection of savouries including a decadent poached chicken gougere seasoned with truffle essence and B-Wall honey, as well as smoked ricotta with honey, prosciutto and chive crumbs served on a house-made mini brioche. And more! As always each Afternoon Tea includes a selection of teas (herbal, black, green) from the hotel’s iconic collection. A refreshing Orange Blossom Cocktail created for the Bee-spoke experience is a light summery choice ideal for the summer months. 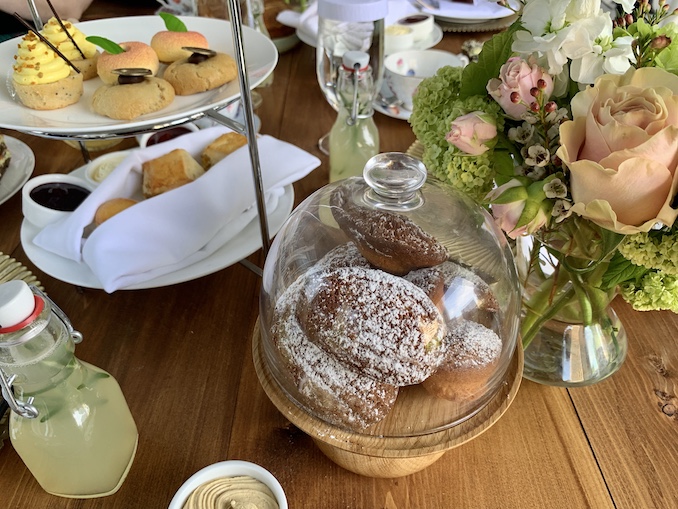 Egg Farmers of Ontario Road to The Royal Chef Challenge

The Royal Agricultural Winter Fair is back in Toronto this year for its 94th run. The annual indoor agricultural and […]

Now that we’re into January, we may be looking for a little boost to get us through the coldest months […]

I had always thought our city was filled with places to have Afternoon Tea. You know, pinkies up in the […]