Tommy Chan and Jason Yeung are the masterminds behind Adaria Inc., a vending machines services company that collects customer data through an electronic monitoring system. What started out as a school project while studying engineering at the University of Waterloo, has now grown into a successful business that has secured and runs large vending contracts at Toronto’s Pearson Airport, Canada’s Wonderland and the University Health network, to name a few. 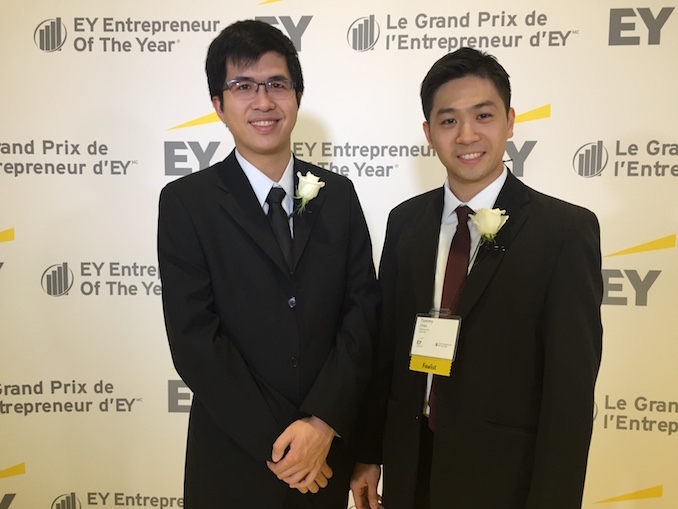 Here, Tommy & Jason talk about how they built their successful company, the importance of data and provides advice to future entrepreneurs looking to start their own venture.

TC: Adaria started as a school project in 2010 when we were third-year engineering students at the University of Waterloo. While we were sitting in the hallways outside one of our classrooms, we observed how vending machines were refilled. Vending machines drivers would arrive with a pen and a notepad, take an inventory of what was needed to be re-stocked, and after they compiled a list, they would then go back to their truck, and return with the products. This seemed highly inefficient.

JC: We started to look into this procedure in further detail. We found a lack of data within the industry. Vending operators and truck drivers did not know what products were selling, they didn’t know the quantity of items that needed to be refilled or how much inventory was even sold. In other words, the inventory and cash flow was not being tracked.

TC: This real-life problem became the inspiration behind our student thesis. To find a solution, we implemented a remote monitoring system for vending machines, creating a wireless network of connected vending machines to a central server. This network would collect data and let us know remotely what had been sold and what needed to be re stocked. For example, if 10 chocolate bars were sold since the last restock, we would give the driver exactly 10 chocolate bars before he even left the warehouse.

JC: This is very similar to the way utility companies read hydrometers. The data collected would enable us to create pre-picks of the items needed to be refilled at each machine. As a result, the vending machine driver would only need to make one visit, allowing a driver to service double the amount of machines and locations in one day. 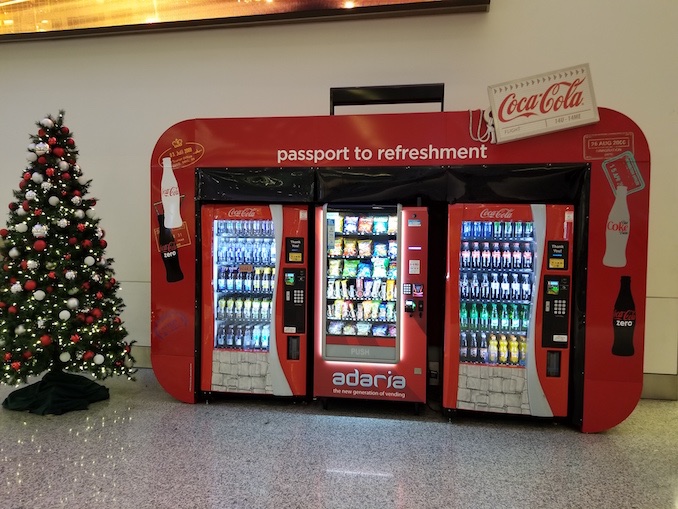 On the importance of data:

TC: One of the biggest obstacles we encountered was raising capital.

JC: We never used external capital. Instead, we found an additional way to generate revenue. The vending machine industry at the time was very archaic. So, we decided to take a more data-driven approach and create an innovative business model. The data we were collecting was very valuable and we were able to use this information to make strategic business decisions.

TC: This data component to our business was added about a year ago.

On the advice they would give other entrepreneurs:

JC: You need to tough it out. Many of our colleagues from Waterloo moved to Silicon Valley after they graduated. When they were having fun in California, we were up in until 2 am working on our business.

TC: There were many times that we wanted to give up. However, if you feel like there is potential in your business idea, it’s important to keep going. Opportunities will come and go, staying committed and dedicated to your goals goes a long way.

JC: It’s not easy starting a business. For the first three years, we did not even take a salary. Everything we earned, we invested back into the business. Now, we have a steady 50% growth in our revenue year after year. We started with one vending machine in 2010, and today we have over 1000 machines.

TC: My other piece of advice for entrepreneurs would be to ask for help in the areas that you might not necessarily be well versed in. Both Tommy and I were engineers, and we knew very little about taxes and pay rolls. When we first started, we became involved in an accelerator program at Communitech, and was able to benefit from the programs and mentorship offered.

For this week’s Homegrown Business profile, we spoke with Shadi McIsaac, the Founder of Ownr, about how they help Canadian […]

FABRIQ makes great Wifi and Bluetooth speakers for your home

The Doggy Daycare with a Private Park & Custom-Designed Dog Shuttles

Soulmutts takes the concept of doggy daycare to a whole new level. With unmatched perks and a brand-new headquarters, they […]