A gun buyback program is a government funded program that offers money in exchange for firearms. The idea is that the money, and sometimes amnesty, will convince people to bring in illegal weapons that they have access to.

The OPP have run buy back programs before with some success, but not really. 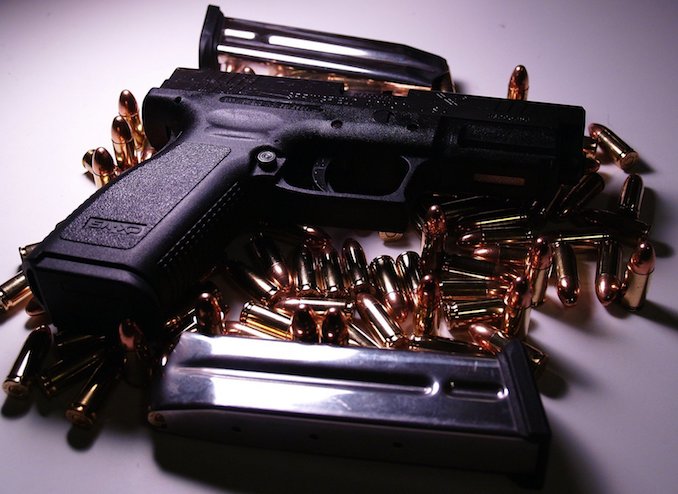 In April, a gun buy back program was held by the Ontario Provincial Police. The problem was, the prices offered for the guns was only $50 for a long gun and $100 for a hand gun, far below street or market value. On top of that, the buyback program was not anonymous and the person dropping off the gun could be charged for a crime if the gun had been used in a crime. Less than 100 guns were seized.

In order for a gun buyback to work, it must be anonymous and have competitive rates for purchasing the weapons. The price should be enough to bring people to sell the guns they have access to but not enough to encourage people to buy and sell guns to the government.

So where has this been tried before?

After the Sandy Hook Shooting in 2012, an anonymous donor started a gun buyback program in Oakland and San Francisco and offered $200 and no questions asked. 600 guns were seized and destroyed.

The Detroit PD collected 365 guns for just under $17k through a church where members collected money to fund the initiative. People were paid $50-$100 for their guns.

After a mass shooting in Australia in 1996 killed 35 people, from October 1996 and September 1997, Australia responded to its gun violence by introducing new nationwide gun reform laws. The National Firearms Agreement (NFA) was created and it greatly restricted legal ownership of firearms. It also brought in a gun registry for all firearms in the country and citizens required a permit for all new firearm purchases. With the new gun laws, a mandatory gun buyback was introduced which collected around 650,000 privately held guns. The state would take away all guns that had just been declared illegal. The government paid owners a fair price that was set by a national committee that used market value as a benchmark. The NFA also gave legal amnesty for anyone who handed in illegally owned guns, though they were not compensated for those weapons.

In a paper by David Hemenway, PhD & Mary Vriniotis, MS, they stated 3 reasons why the Australian gun buyback was more successful than the ones that have taken place in the USA.

“(a) the buybacks are relatively small in scale (b) guns are surrendered voluntarily, and so are not like the ones used in crime; and (c) replacement guns are easy to obtain. These factors did not
apply to the Australian buyback, which was large, compulsory, and the guns on this island nation
could not easily be replaced. For example, compared to the buyback of 650,000 firearms, annual
imports after the law averaged only 30,000 per year, with many of these bought by law enforcement
agencies.”

In Toronto we could follow the success of Australia.

With a high enough price offered for weapons as well as anonymity for the person turning in the weapon, police could collect a lot of illegal weapons. They could also do this across the province or the country, increasing the success. The rate at which guns flow in is relatively small compared to how easy they flow around the USA, so keeping the illegal firearm numbers low with buyback programs is easier than in the USA. We just need to continuously buy more than are coming in.

The guns are here and we can do something about it. Costs of policing the crimes around these weapons would be higher than paying a fair price for them. If we are already paying for the policing, why not try something new and get these weapons off the streets.

If you think a gun buyback is a good idea for Toronto, Ontario and event Canada, call your representatives and let them know.