The Huawei P10 was my first experience with the Chinese cellphone manufacturer whose takeovers of hockey night in Canada increased the brand recognition of the company amongst many of my friends and family. I was pleasantly surprised by the phone whose camera was already then shown to be the focus of the device having paired with Leica to create a visual capturing experience unlike the competition. This focus on the camera has increased even more with the new Huawei P20 Pro taking camera phone technology to the next level.

Lets start with the basics.

The battery is also improved on the Pro model with a 4000 mAh that will hopefully get you through your day without a charge.

The camera has some cool new features like AI, 4D predictive focus and 5x Hybrid Zoom.

The Artificial Intelligence of the Huawei P20 Pro has several functions. When you are in normal camera mode, it can identify what you are shooting and provide settings that it believes will improve the quality of the photo. It recognizes flowers, food, text for document scanning, etc. Think more contrast, saturation, light, etc. The AI also allows for hand held long exposures.

The 4d Predictive focus allows for the following of objects or people and focusses on them very quickly so you don’t lose focus and you get the shot that you want. Think moving objects moving into frame and leaving the frame quickly. You often lose the focus to the background but the Huawei P20 gets the shot. 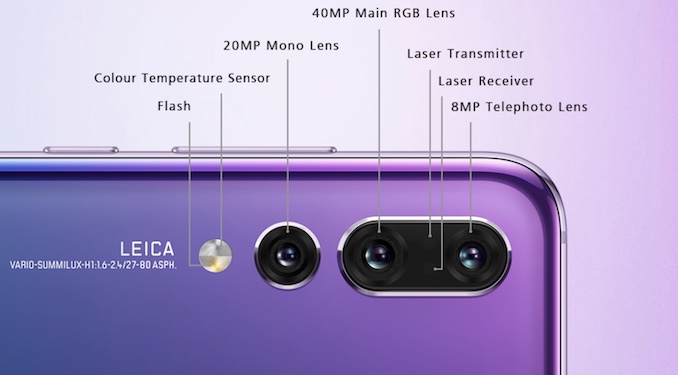 The zoom on the Huawei P20 Pro is better than the Google Pixel 2 XL or the iPhone X. At a recent launch event for the phone, we tested all 3 phones by zooming in on text very far away, taking a photo. and then zooming in on the photos to see how clear and sharp the text was. The Huawei P20 shattered the competition allowing text to be read from a much farther distance.

More about the camera.

The Huawei P20 Pro has a Pro mode that allows you to take your phone to full manual mode. The ISO can be cranked all the way up to 102400, the shutter speed can shoot as fast as 1/4000 and as slow as 30 seconds. You can also adjust settings like white balance and focal distance. If you want to really go pro, try shooting in RAW format which is fully supported by the new device.

– The Huawei P20 and P20 Pro come with a USB-C to headphone jack cord and a pair of headphones.
– Lots of cool power saving options like lowering screen resolution.
– Extended screen next to ear-piece similar to the iPhone X.
– 3D Panoramas allow to to capture an object from all sides and create a moveable image of the subject. Simply drag your finger around the object in the finished image to see all sides of it. 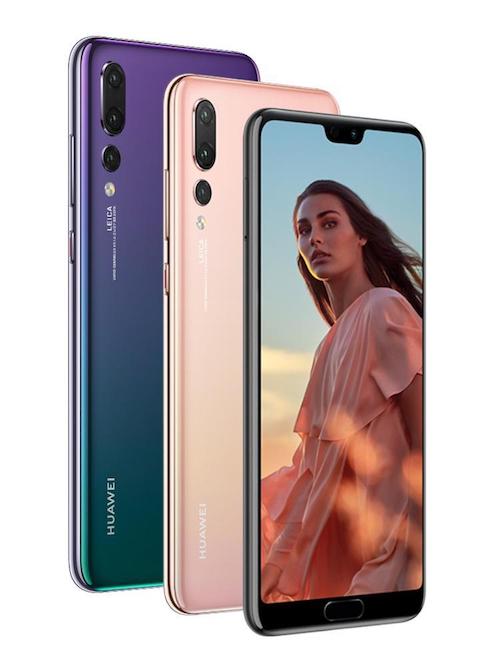 – I still prefer the back finger unlock on the Google Pixel. It is just a more natural position. I always feel I have to use two hands to unlock the home button finger scanners.
– The speakers are at the bottom of the device on either side of the USB-C plug. I prefer the stereo speakers that face forward on either side of the screen like on the Google Pixel 2.
– I think all devices should have the mute switch like iPhone has. Something about not having to look at the screen to turn the mute all on is attractive.

Is this phone for you?

If you want to have the best cellphone camera on the market and want to pay less than you would for a Google Pixel 2 XL or the iPhone X, then this could be the phone for you. The Huawei P20 Pro without a contract will cost you $980 compared to $1315 for the Google Pixel 2 XL and $1350 for the iPhone X. You also get 64 GB more with the Huawei P20 Pro (128GB). Quite the difference in price for a phone that I felt was very competitive to these phones and better in many ways.

Learn more about the Huawei P20 Pro and its features here.

Is a smart watch right for you? A look at the Huawei Watch GT

I have never been one to wear watches of any kind. With everyone having a cellphone in their pockets, the […]

Autumn is my favourite time of year. The leaves are changing to golden yellows, bright oranges, and blazing reds. We […]