John Orpheus is a Trini Troubadour and Pan-African poet whose musical journey has taken him from the Trinidad bush, to blues and folk festivals across Canada, to some of the biggest rock and roll stages in the world. Born and raised in the town of New Grant, South-Central Trinidad, J.O. grew up singing in Pentecostal and Shango Baptist churches. After attending the famed Presentation College in the same year as legendary Soca singer Machel Montano, he immigrated to Canada where he soon became fully immersed in the music life.
His current musical iteration combines hip-hop swagger, Afrobeats energy and dancehall charisma to create a sound built on big catchy hooks, African rhythms and Caribbean twang. John, along with his musical partner, DJ/drummer Sarah Jane Riegler, are known for rabble-rousing live shows filled with audience participation, chanting and impromptu dance offs feel more like Caribana road parties than concerts. As J.O. likes to declare: “AH SO WE DO IT!”

In 2017, the crew dropped three mixtapes in seven months, each built on the themes of Pan-Africanism, intersectional feminism and a fashion forward aesthetic: the downtempo manifesto Goldchain Hennessey, the Carnival fete-infused Bacchanal and the Canada/Nigeria/Ghana collaboration Black Star Rising. Each mixtape was launched with a successful video and single featuring collaborations with Toronto’s freshest dancers and videographers – “Leanin”, “Jiggy AF” and “Wey Ya Call Dat Ting?”

Kanye West – All Mine

Crystals, Invoking the Gods and a corny group hug with the band 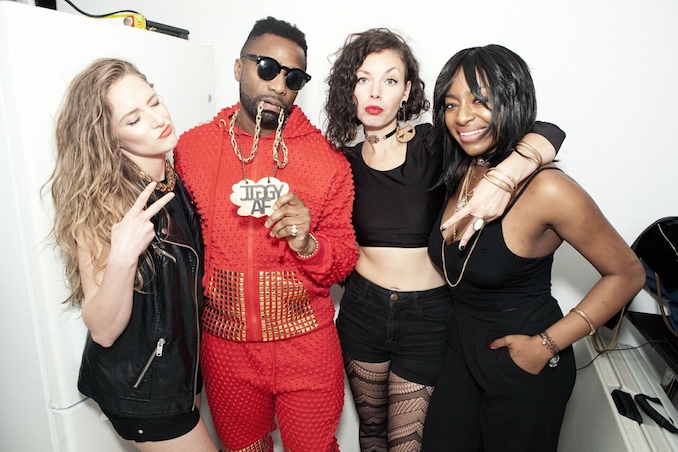 RIVERDALE – I run 8 km daily and my route goes right through there. Plus I love Goats more than people.

I can get em both. I don’t waana choose

It’s a slow, sweet summer afternoon in Toronto. I’m parked on the back patio of my favorite beanery, TANGO PALACE […]