Dirty rock & roll straight from the heart of Toronto. With influences from all over the musical spectrum – ranging from Led Zeppelin and Guns N’ Roses to The Red Hot Chili Peppers and Soundgarden- One In The Chamber has found a distinct and modern sound that feels reminiscent of flipping through old vinyl. In the past two years, the band has tirelessly performed throughout Toronto at acclaimed venues such as The Horseshoe Tavern, The Hideout, and The Opera House, while also hitting up cities outside the GTA, including Burlington, Brantford, Ottawa, and even an international stop at the MGM Grand in Las Vegas.

Along with performing at an array of festivals – Sound Of Music Fest, Lockdown Festival, Blackout Fest, The Bout, and Epidemic Music Group’s Guinness World Record breaking concert – the band has opened for acclaimed international artists such as former Ted Nugent vocalist, Derek St. Holmes, Darby Mills, Dreamkiller, and most notably, Scott Weiland & The Wildabouts at what would tragically be his final performance.

Having released The Boston Session: Bootleg Demos, a small collection of demos – recorded in Massachusetts with former Bang Tango guitarist, Scott LaFlamme- and a live album, Live From The Rockpile, in 2017, One In The Chamber is gearing up to release their debut studio EP – recorded at Phase One Studios with Murray Daigle at the helm – this coming summer. “Bills To Pay” is the first of what’s to come.

Dangerous Dan’s was a favourite post-show spot when we would play The Opera House before it closed down.

Led Zeppelin, Red Hot Chili Peppers, Soundgarden, Metallica, System of a Down, The Rolling Stones, Stone Temple Pilots, Aerosmith, Guns N Roses, Bowie, Prince, Rage Against The Machine… This list could go on and on.

Not much has changed. 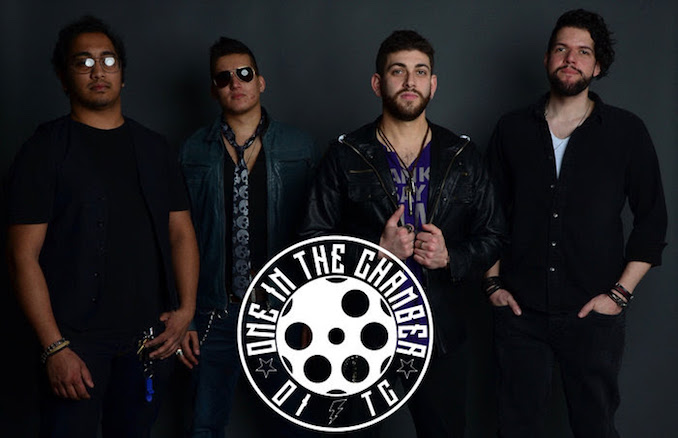 Shania’s “Man! I Feel Like  A Woman”… Who am I kidding, you can’t help but love that song.

Got any suggestions? We need one.

Last Bullet, Drop Top Alibi, Crown Lands, Tomahawk Love, Rue Bella. It’s great to be a part of a scene with so many great artists.

Nachos all the way

How does one choose between The Hideout and The Horseshoe? Both!

LP. EP’s are just a tease. With a full length record, you get an immersive experience that can truly showcase an artist’s performance and writing.

Both! We love the studio and the process of making music happen, but put us on any stage and we’ll tear it up.

Pacer are an unrelenting, energetic power-pop trio based out of Toronto. Formed in 2017, the group consists of three misfits […]

Lovers Touch is a Toronto based band that puts emphasis on high-energy grooves reminiscent of decades past. Originally from Salt […]

Sass Jordan has always been a blues singer. It just took her 40 years to realize it. “I was very […]