Imagine. It’s the first party of the school year. Time to catch up with old friends and maybe make new connections. Then stuff happens, right? It’s complicated times for teens. What does consent even mean? When is the right time to ask for consent? Do teens, and actually adults, really know what to do? Add in another layer of social media and we all know that things can spiral out of control pretty rapidly.

Christina Quintana’s play, SELFIE (commissioned by Théâtre la Seizième, winner of the Sidney Risk Prize for Outstanding Script by an Emerging Playwright) is a powerful production for teens reflecting on sexual content, failed communication and self-promotion in today’s world of shares and likes on apps like Snapchat and Instagram. So, we’re curious about this new production. We recently had a chance to chat with director, Stephen Colella. 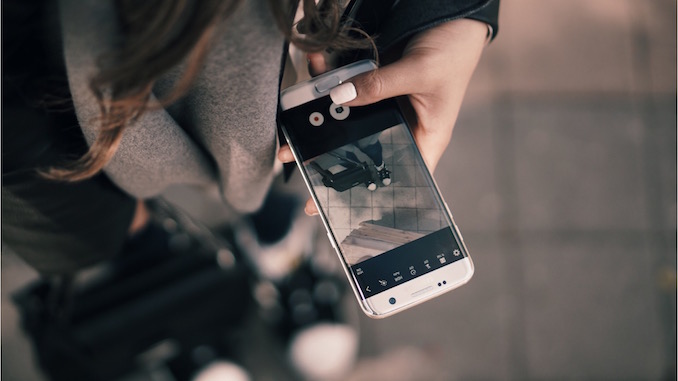 Teens have always had peer pressure but with social media, would you say their pressure is more intense?

Peer pressure can not only be more intense but also more unrelenting and ubiquitous. Before the advent of social media there were opportunities to get away from your peers and have respite, if needed, from social pressure. Messaging from your social circle can reach you wherever you are, at any time. It can be amplified and circulated far beyond your personal community as well. To my mind that is a level of challenge that previous generations never had to face and likely find it difficult to comprehend.

Teens are well aware of what could happen on social media as teachers, peers and parents have already taught them and what they’ve seen on the news. So, what would make them pay more attention?

I don’t see the function of the show as imparting knowledge teens don’t already have but rather giving them the opportunity to compare their own thoughts and knowledge to the experience of these fictional characters. Through that I hope they may further develop their existing opinions by comparing the imagined experience of the characters to real experience. In the story social media amplifies and distorts an incident relating to sexual consent, which is really the core issue in the play. I hope the play opens up conversations about that issue among teens and trusted adults in their lives.

What surprised you the most in researching/writing or producing this play during this pivotal point in history when it comes to understanding consent and taking responsibility?

I was surprised to realize that we talk about the need for young people to better understand consent when it is apparent to me that this is an issue that many adults need continuing education on in order to better understand the myriad of issues that surround active consent.

What do you hope that kids will take away from this?

One of my favourite things about this script is that every character enters into this situation with the best of intentions for their friends and the people they care about. Along the way we get to see that their intent isn’t the only thing that matters. It isn’t only “bad people” who make the wrong choices with incredibly harmful outcomes. The characters struggle to understand one another and to communicate effectively in order to build good relationships and establish consent. I hope that this story provides an opportunity for the audience to think more deeply about how better communication and greater empathy can play a positive role in their own lives.

What kind of feedback have you had from parents and educators on this production so far?

We haven’t yet entered into rehearsals for the show so we have not had the opportunity to receive feedback on the production yet. We have however shared the script with community partner organizations such as Boost & Youth Advocacy Centre and received enthusiastic support for the complexities and challenges that a young audience will find in the content.

SELFIE, based on the French language version is on stage at Young People’s Theatre (165 Front Street East) In The Studio April 23 to May 11, 2018. Recommended for ages 13+. Runs approximately 65 minutes.

What to see & do in Toronto this March

Spring is just around the corner! We can almost smell it! If your looking for something to change up your […]