What has the #metoo movement actually done? Has it created any kind of vacuum?

Besides boldly-empowerIng women’s individual voices, forcing necessary restructuring within every business and scaring the piss out of straight-cis-men, what has #metoo really done?

What do we do? #aftermetoo 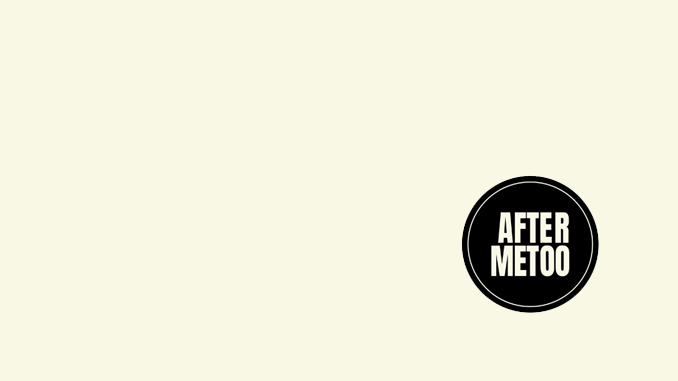 So now the entirety of the world’s population, at least those able to, have exposed their respective abuser(s). We have watched all those fuckers sink as they burn.

We have watched the public-broiling of molesters and rapists so regularly on media platforms lately that it seems all there is on the news is either Trump being aggressive, Trudeau being sensitive or some celebrity being called-out for molesting some child-actor or some other gross shit.

With hollywood’s unwilling or willing assistance, we are all being dehumanized and desensitized to every-day sexual-abuse within our closer social-circles.

Just like how hollywood is frequently forgetting about the little guy, also known as the mass of society, there are silently-abused victims whose trauma’s are becoming increasingly over-shadowed by other famous people’s famed-inflictions.

The abused-one’s who are disinterested, for whatever reason, in socially-glamorizing their darkest secrets are still alive and are still suffering.

The abused-one’s are stuck in the abuse closet. The abused-one’s have been forced deeper into their caves-of-torment with sexual-abuse stories being so normalized these days. There are constant reminders of their perilous-misfortunes at every bend.

Rape culture is being revolutionized. Genuine-sensitivity is being systematically replaced with online-sensitivity. Even if you hate the previous two statements, I’m sorry but they are true.

If indeed an abused-one worked up the confidence to tell their story and post it on facebook or state it somewhere else, would society as a whole even give a shit? Sure society would say overly-sensitive-slurs online once or twice. Maybe society would even send a sympathetic direct message or two. But would society as a whole forget about that localized-abuse a little bit more and a little bit more with every next time there is a Weinstein or Cosby trial in the headlines?

The abused-one’s fear their truth being exposed. They fear facing their attackers and abusers. They fear what their friends and family will say.

Humans become celebrities, usually on purpose. Remember that before you forget about the little guy. The little guy, the one stuck in that closet, is way more important than some cheer-hoarding celebrity.

Do you have any friends with complicated identities? Have you ever had a gay buddy yet to come out to his family? What did those friends do to escape their closet? Did they escape at all? Did they move away to comfortably unleash their true-identity in unfamiliar territory? Did they say fuck-it and come home from ‘travelling’ with a designer-vagina that used to be a dink? Maybe they got ditched by their family for their actions. Maybe they lost their job or lost some friends.

My buddy Jer fits the stereotypical cliche description of a gay man in 1991. Jer is flaming, stylish, loud and hard to contain. He spent a brief amount of time in the closet.

This is what I told him back then:

“Ok Jer. You could move away and be gay as balls without the worry of direct social repercussions. Can you do that Jer?” I asked.

I continued. “Can you just say fuck-it and be a big snuggly bear in front of everyone here at home?”

Jer snapped back. “No I can’t fucking do that!”

I sat there puzzled.

Having an identity different than someone else’s is not anyone’s fault. Being abused is not an abused-one’s fault either. Hopefully, we all agree on that.

The closet-doors are opening for everyone, at pretty much the exact same time, it seems. Some closet-doors are going to be opened too quickly for people to safely handle the light that comes beaming into the comfort of the darkness.

With this unavoidable explosion of people coming out of their proverbial closets, we should all prepare for an influx of social-unpreparedness when dealing with the explosion.

Resources need to be increased. Counselling, training and the education of all people requires increased government-funding to ensure adequate and elevated-effectiveness. It’s all about results from resources. Free services covered by provincial health care plans must be re-examined immediately.

Our peaceful nation requires us to aggressively-resist drowning in the negativity-river that flows fiercely with maufactured-divide.

Society is going to need help when fully-exposing it’s deepest secrets. The #metoo movement is forcing this rapid-exposure. The monotony of systemic societal-monetization is inevitably going to force cave-dwellers out and into the light. They will be looking for resources after their emotional-hibernation and may not know how to hunt.

We need to help them all in their searches for comfort.

As a society, and as kind-spirited Canadians, we have spent decades preparing for the LGBTQ2 revolution. With plenty of setbacks and straight-up failures, we still haven’t made it to true-comfort yet.

This next question darkens my perceived-future. How have we been preparing for the abuse-exposure revolution? It’s time to repair the gaping-crack in the glass ceiling.

Justin Trudeau, we have been suppressed for too long. Prepare your government for the explosion.

“A Day In The Life” With Story Teller and Educator Rico Rodriguez.

Rico Rodriguez is, above all else, a storyteller. Whether it’s through his writing, drag performances, his soulful percussion work or […]