Two Toronto restaurants have come under fire from PETA when it was discovered that they were chopping and serving live and still writhing octopus. 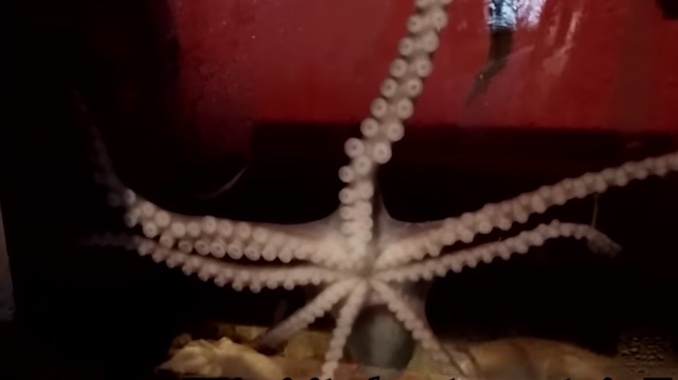 In a video, Marado Sushi is shown taking a live octopus from a tank, putting in on a cutting board, and cutting off its tentacles, which continue to flail after being chopped off. After chopping off the octopus’s tentacles, the chef cuts up the rest of the octopus. The still moving tentacles are then served to a customer.

Gal’s Sushi is also under fire after a video showing a similar action was released. The dish is called sannakji and it is said that at least four other Toronto restaurants serve the dish, along with live lobster and shrimp.

The phrase “animals are not ours to eat” is part of PETA’s mantra and upon discovering these restaurant, they filed a complaint with the Ontario SPCA. Since octopuses are protected by cruelty-to-animals legislation, Marado Sushi was notified of the law. They continue to serve the dish but now have a rule to decapitate the octopus after removing them from the tank. A request for an investigation into Gal’s Sushi is currently pending.

Octopuses are playful, resourceful, smart, and capable of experiencing pain. They have been observed using tools and can change the color and texture of their skin to match their surroundings.

For more information on this, visit the PETA website.

The Feast of St. Lawrence begins in spectacular fashion on August 9th with an exclusive al fresco fine dining event […]

Erwin Joaquin is a passionate chef who brings the flavours of the Pacific Rim together through Big E Hawaiian Grinds.  Hawaiian […]