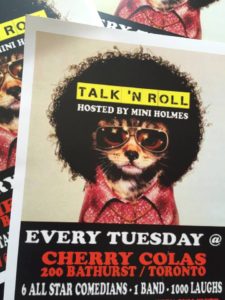 What is this show exactly? Every Tuesday night, comedians Dean Young (Talkhole Podcast Network) and Mini Holmes (Just for Laughs) team up and host a night of live standup inside Cherry Cola’s Rock ’N Roll Cabaret & Lounge. A cult classic Rock bar in Toronto that normally plays host to a full menu of live Surf, Rockabilly, Grunge – you name it. It feels like a hybrid between the Korova Milk Bar in A Clockwork Orange and a sexed up vampire lounge straight out of True Blood. With plush blood red splashed across every inch of the room, low lights, and Gothic mirrors and candles covering the walls. Toronto’s hippest of the hip and live music purists indulge in their seedy side inside these walls.

So why did we decide to bring comedy to a Rock bar? Maybe because we were sick of musicians hogging all the sex appeal. There is that old adage that comics are jealous of musicians – not true! But, the performers’ food chain does rank in their favour (Musicians>Comics>Musical Comedians>Clowns>Mimes) Or maybe we just dug the idea of telling jokes inside a swanky room that looks like it sprung to life right off the cover of a White Stripes album…

We kick off every Tuesday night by opening up the mic at Cherry Cola’s for Toronto’s amateurs, first time comedians, and comics looking for extra stage time. From 7-9pm it’s a wide open mic. With Mini and Dean switch-hitting hosting duties, the stage is open on a first come first serve basis.

Then at 9, the main event. 6 PRO comics on the bill every Tuesday night. The doors for the PRO show open at 8:30 (although audience is welcome to come in and grab a seat any time during the open mic). The comics you’ll find on the 9pm show every Tuesday are touring headliners from across Canada and Toronto’s top upcoming comics. Comics who have appeared at major festivals from Just For Laughs and JFL42 to Winnipeg, Hubcap, Halifax and beyond. Comics who can be seen and heard regularly on Much Music, MTV, Sirius XM, CBC, and radio networks across the dial. It’s a very carefully constructed show – the kind you don’t often get to see, and certainly not in a Toronto bar on Tuesday night. And definitely not for just $10 at the door.

And now, how about our hosts… 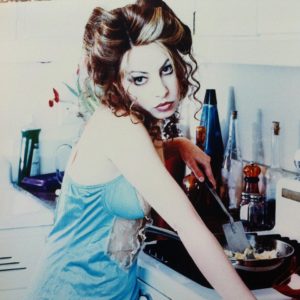 Mini Holmes is a Stand up Comedian, actor and writer. She was the the host of her own National Television Series SHE’S SO FUNNY on WTN for 4 seasons (which is about 20 seasons in Canadian television years). Mini has hosted a live televised Gala Fundraiser to raise money for women’s shelters. Her many television appearances include featured roles on STAR TV, OPEN MIKE, OUT THERE, GRUMPS, THE DISH SHOW, STUDIO 2, CANADA AM, OOH LA LA, FASHION TELEVISION, YTV BREAKFAST ZONE, WTN WEEKDAY BREAKFAST TELEVISION, VH1, MTV, and four episodes of COMICS.

Mini was a featured roster comedian at the famous LAUGH FACTOR in Los Angeles. She regularly tours in Canada and across the U.S (she has papers for both!) And has recently opened for friends Nate Bergatze and Rob Schneider at Just for Laughs in Montreal. She’s performed Fringe Festivals here in Toronto and in Edinburgh and is a regular on Festival and club stages.

Her most infamous role was when she duped JERRY SPRINGER by playing the role of a BABYSITTER who was sleeping with a married man. So convincing was her performance, Entertainment Weekly called it an OSCAR WINNING PERFORMANCE. It landed her in Cosmopolitan Magazine, Flare, 20/20, Talk Soup and a VH1 special WHEN JERRY SPRINGER RULED THE WORLD.

Later this year, her latest Film TALENT DRIVERS will be released 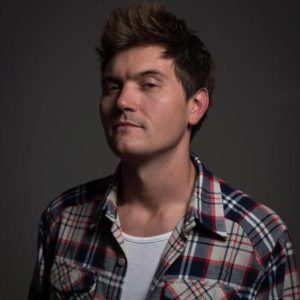 Canada’s own so-called “Podfather” (NOT a self-appointed name, but it has definitely stuck with him in Canada’s comedy community) Dean is the head honcho and founder of TALKHOLE comedy podcast network. The first network of it’s kind in Canada. He’s a contributing editor for The Scene Magazine and Toronto Guardian. And the “comedy correspondent” and producer of ‘Inside Jokes’ aired weekly on Toronto’s AM640

Dean is a regular guest host on Sirius XM, and appears regularly on network radio across the dial.

Dean has appeared on MTV, ichannel, and CBC Radio. His festival credits include NXNE, Comedy Bar’s “Best of 2014”, Streamfest, Dark Comedy Festival, The Border City Comedy Festival, and the Iceland Comedy Festival. He’s performed as far away as Reykjavik and Honolulu and is about to embark on a cross-Canada tour at the start of the new year.