The television series that has been around for longer than I can remember and yes, it’s where we were first introduced to Aubrey Drake Graham, is still going strong. What started as a drama series seen by Canadian teens, has since grown to an international sensation. 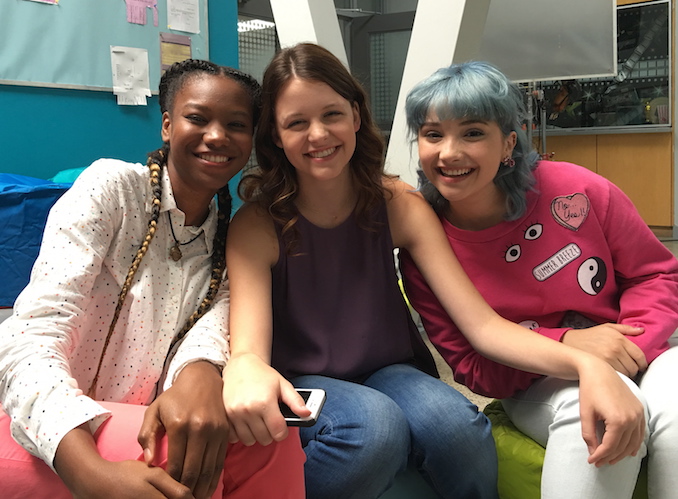 Co-creator Linda Schuyler was a high school teacher who noticed a void in television content that resonated with everyday teens. Along side Kit Hood, a former child actor and video editor, they decided to create a production company in 1976 and by 1986 The Kids of Degrassi Street was produced. Fun Fact: the name of the show was inspired by a street in the area now known as Leslieville. De Grassi wasn’t an actually high school but somewhere that Linda had known well as she had a friend who lived on the street.

The franchise has since branched to several series including Degrassi Junior High, Degrassi High, and Degrassi: The Next Generation. Not only did the series reach Canadians but broadcasters like TeenNick, BBC2 and MTV also rebroadcasted. Most recently the newest of the Degrassi Universe has extended further reach with it’s latest series Degrassi Next Class on Family Channel and Netflix. 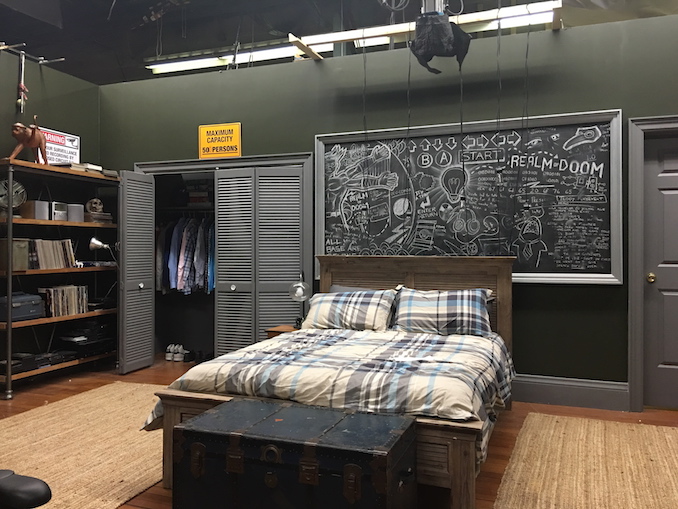 In an industrial area located within the 416 I found myself walking through the hallways of Degrassi Community School. I was amazed to see the real life size scale of the set that very much felt like a high school – gym, classrooms and all. The location once also served as a set for a few other shows including L.A. Complex, but now the 98,400 square foot studio is home to Degrassi. Most of the interior and exterior production is done here including some street scenes and when I had visited they were well into filming Season 3 and 4 of Degrassi Next Class.

I was invited to chat with three of the actors, who’s characters on the show are BFFs.  It’s interesting to note that Schuyler and the team always felt it was important to cast actors who are close to the age of their roles and discovering that they are students at local high schools (in real life) with tutors on set made it everything feel much more authentic. 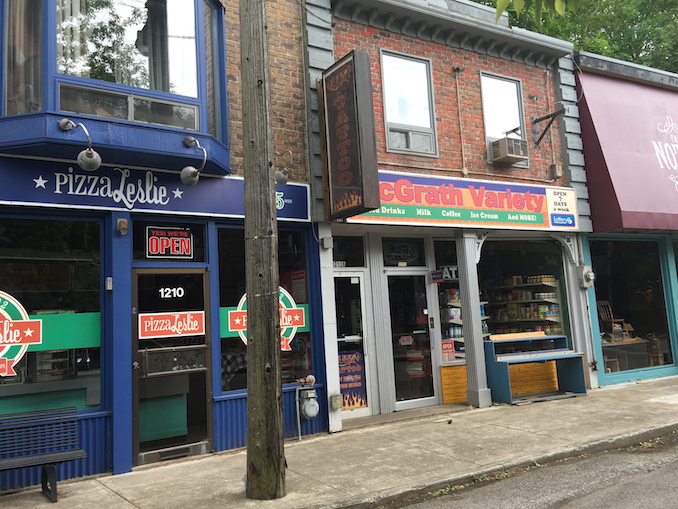 As teens I wondered if social media has affected them in any way since the storylines can be controversial. Sara Waisglass, who plays Frankie, mentioned that the episodes of Season 2 of the new series have begun airing in Australia so teens are taking to social media and fan pages to discuss already. “It’s been pretty insane for me. I did an interview for a Brazilian magazine and I remember reading through the scripts and was told that the series was going to reach 130 countries. It’s so cool to know that there are so many people that can learn from and be entertained by our show.”

“To think that people in Australia and people here at home can watch Degrassi is so cool,” says Reiya Downs who plays Shay. “But also my sister in the US and when I visit and people find out I’m on Degrassi they get excited. It’s pretty neat when they find out I’m from Toronto and  it’s done here.” 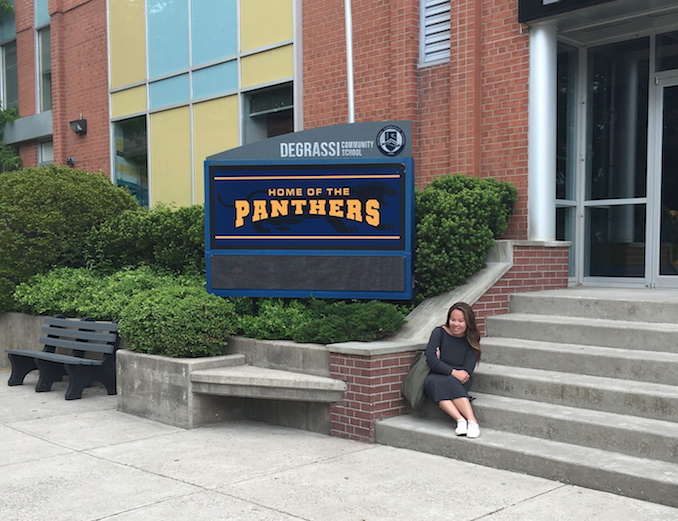 As teens playing close to their age on the show I wondered how much input the actors have on their characters and how relatable are they to their roles. Sara explained that they get to read through each episode and discuss the characters. “It helps being the similar age as we are growing with our character and they take everything into consideration. For Frankie, I’ve found that she’s gone through such a rapid change which has been really special because I feel like in my life, my last two years have been crazy! So, I’m kind of growing at the same pace as her.” says Sara.

“When I auditioned, they didn’t really have a part for me so they started giving siblings to Miles. They didn’t really have a skeletal role for me to become which was great because I got to create Frankie from scratch,” said Sara. “I could give her sass and make her like me. What was cool for me to learn this year was that sometimes you may not agree with your character and her views but the actor’s job is to believe, and make their audience believe that the character is right. You have to find a reason in your character that would make you think the way she’s thinking. Which is really cool and the creative part of my job!”

For Reiya, she says that growing with her character is mostly growing as an actress. “I don’t sometimes agree with what Shay does or says but I find parts of her that I think is cool and I learn more about myself and her at the same time. It’s cool to see the progression of how she use to be and how she is.”

Amanda Arcuri, who plays the vibrant Lola, and has been on the show for three years now. “I’m growing up with her through high school and going through the motions with her and all the things that have been happening has been interesting. She’s explores relationships with herself, her friends, and family.”

Now that the series has started airing on Netflix as well, how has that changed the show or has it? Linda Schulyer had mentioned that the show never really played it safe to begin with and had a tendency to be more progressive with teens. Many teens can relate to the storylines but one in particular that has drawn much attention was Lola’s female masturbation story that is pushed the comfort zone for many. It appears that the audience has been accepting and other storylines also continue to step forward so it seems like a natural progression to the streaming service.

“There’s definitely more freedom to be had,” says Reiya. “Just because teenage life is full of discovery and freedom so sometimes you need a little more room to show some of those stories. We were pretty excited to find out the show would be airing on Netflix”

Sara agreed and added that she doesn’t even watch regular TV as much and often watches the shows on the streaming service because she’s drawn not only the content but also the freedom of when and what to watch  like many of us. “There are so many taboos in growing up for teens that most shows don’t cover and we were restricted before. When we got news that we were going to Netflix, we really were able to get in between those lines. Almost all of us on the cast can relate to every story line whether it’s us or a friend. Lola’s masturbation story line was so amazing. They got everything right. I mean no one talks about it but everyone’s curious.”

Amanda adds, “as soon as the story came out everybody was like, yeah, why are guys allowed to talk about it and girls aren’t? Girls were commenting on the Degrassi pages about that. It made me realize that people are more open to discussing about it and getting to know your own body and being more comfortable and it’s okay. But now that the show is on Netflix? I feel like I have more freedom to be myself. There’s way more pressure, personally, because I want to really get it all right. I want people to relate even more to the characters. It’s pretty cool because even more people are watching now. I’ve even started doing interviews in other countries. As soon as it came out in Argentina I started getting more followers and tweets. I’m Argentinian so the response I get from there has been really interesting.”

Season 2 picks up after the epic events of Degrassi’s Snow Ball that saw students forced into a school lockdown. Meanwhile a prank takes a very bad turn after the Degrassi girls volleyball team retaliates and goes too far against the rival team. The students are divided on what constitutes a prank and what is wrong. The second season will also feature the 500th episode of the Degrassi franchise and be ready for some favourite Degrassi alumni to return for the school’s 35th Anniversary Event.

Season 2 of Degrassi Next Class, will start airing in Canada mid-July on Family Channel, but the cast has started getting responses from audiences in Australia who have access already. Fan pages and chat groups have begun discussions about the current story line overseas. “I’ve peeked into some fan pages and it’s interesting to see what they are discussing about especially with my character Frankie,” said Sara. “My hope is that the audience learns with her through all of this.”

I admit that it’s hard not to feel “Toronto proud” as it’s reach has extended globally. So I had to ask the actors if they’ve had any funny questions about one of Toronto’s own since they’ve started the show.

“Of course! After a few weeks of shooting the show when I return to school my teachers always ask how it was hanging out with Drake,” says Sara. “It’s become a running joke at my school – which has been fun!”

“Oh yeah! I get asked if I’ve met Drake and if I can get tickets to his concert all the time. NO!”

Where do they love to hang out in the city? Sara tells us she’s a huge breakfast eater. “My favourite places are along Queen Street West like Cafe Crepe but I also love Starving Artist which is on St. Clair and Bathurst. Yes, I’m all about food.”

For Reiya she loves going to the Eaton Centre because she can get a lot accomplished in one spot. “I love all the shops there but I also like areas like the  Davisville area to walk around.”

Amanda tells us she loves walking around Kensington Market and Chinatown since she enjoys being downtown.

Season 1 of Degrassi Next Class can be streamed now on Netflix…yes, all of them. Binge away!

The first episode of Season 2 will debut on July 19 on Family Channel. The entire season (10 episodes) will be able to views on The Family Channel App beginning July 22.

Season 3 & 4 are currently in production. No release dates yet. 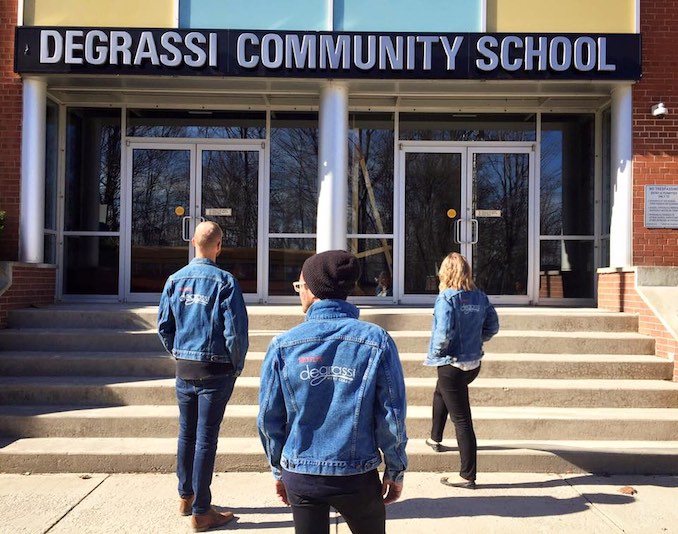 ENTER FOR A CHANCE TO WIN:

A limited edition Degrassi denim jacket courtesy of Netflix. Stay cool and see how many people will ask you about Drake. This is your chance to win. To enter …

We recently visited the set of #Degrassi in #Toronto to chat with the cast – #contest – https://t.co/tkFmWOu5Tx pic.twitter.com/W7Y6EPrDhJ

The Arkells have released their brand new album High Noon, which is their best to date. I must say, I’m very […]