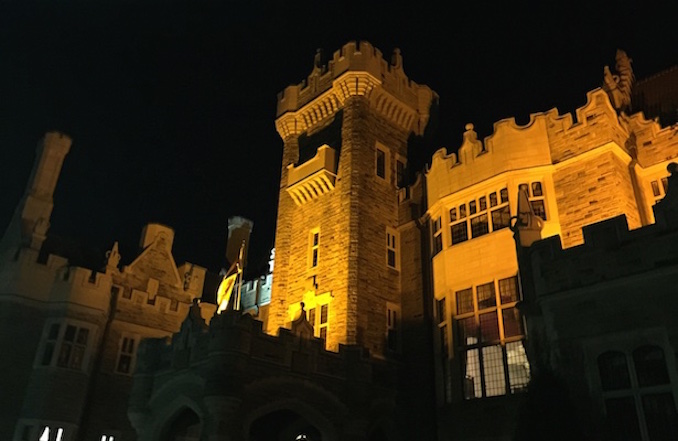 The air was crisp and the stars were out when we arrived at Casa Loma at 9:30 at night. The cabbie said “watch out for vampires!” as we stepped into the darkness. Great. We find the door where our host for the evening said “you’re just in time.” He lead us through the hallways and into a small theatre setting where ten others were waiting for instruction.

Our host welcomes us to the Escape From The Tower game created by Company & Co.. Set in the historical landmark is the newest addition to the city’s love for escape room games. If you don’t know much about the site you’ll get a bit about the history before you start the game. Our group was one of the first to experience before it opens to the public on August 12.  We are told this is the first installation of the Casa Loma Escape Series. The game is a fictional experience based on true historical facts of the castle. In fact, in 1941 Casa Loma was used as an undercover research centre for anti-submarine detection technology, a predecessor to sonar.

We don’t know each other but we’re immediately trying to find out if anyone has any particular skill sets that may come in handy. We’re encouraged to pay attention to the details as we play this game and it’s very much about working together as a team. In our group we have a couple of people who are good at riddles. Another had mentioned that she was good at searching for stuff. Someone mentioned he was good at singing. Another said drinking games. Okay. No judging. You just don’t know what skills will be needed. And this isn’t about survival of the fittest…the only way out is to use your brain. 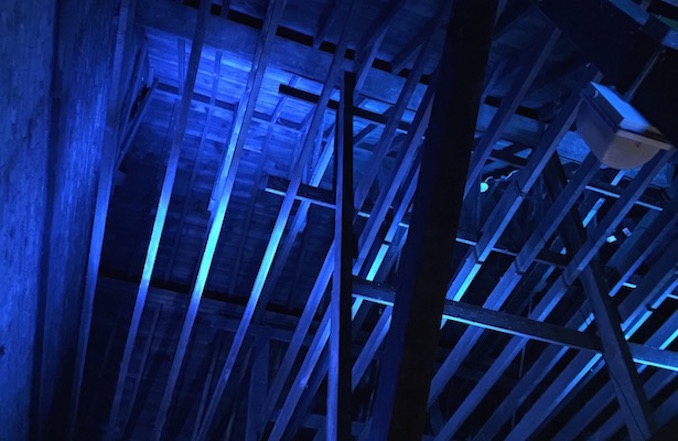 The mission: The year is 1941, you’ve been recruited to an undercover assignment to find the coordinates of the enemy’s U-boats and communicate their location to our allies. You’ve got 60 minutes to complete the mission and get out safely.

So we’re transported back to 1941 and there were no mobile devices back then. We have to leave them behind. But no worries, they’re left safely in storage under a watchful eye. You need your hands free to be able to do this mission. What you will need will be available on the different levels of the Tower.

Once we’ve been given instructions our group was lead to the Tower and the game begins. It’s up to us to figure out how to complete the assignments and you can’t get to the next level until you’ve solved your current one.  We’re greeted by characters who gave us more background information as we moved along. Pay attention to them as they may drop hints. We’re all concentrating on our tasks at hand and I noticed the dramatic music in the background. It must have been on all the time but now when we’re completing our assignments to solve riddles and climbing up the Tower the music gets more intense. I’m loving it. But then a voice comes over the system warning us that we have 10 minutes left to complete the mission and get out. We had one more level to get to. Our group pulled together and started moving even faster than before. The sense of urgency was real.

We didn’t escape. This time. 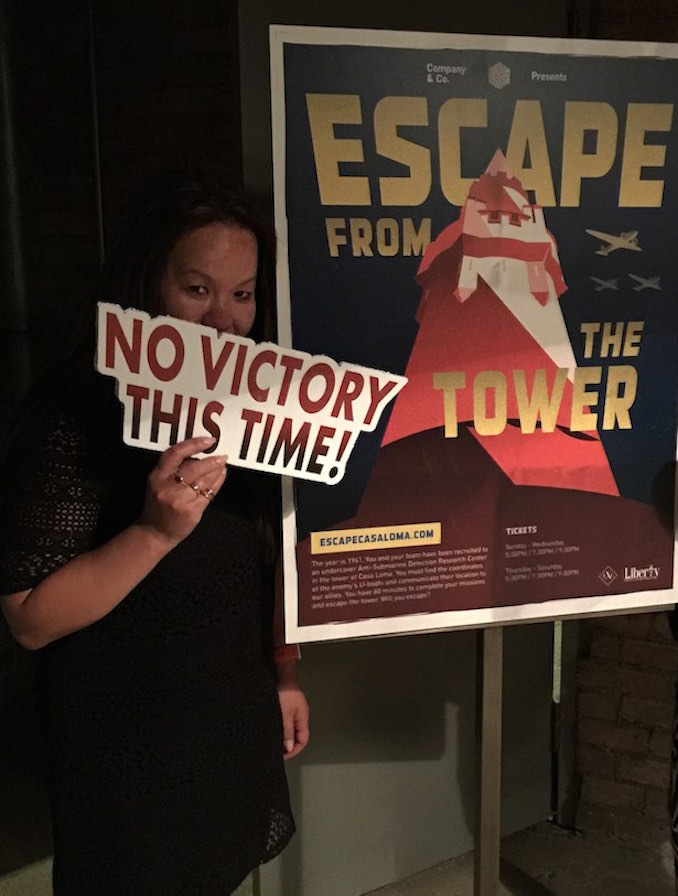 Everything about this game is well thought out. From characters that play the roles to the puzzles and set design, we were really impressed at the level of challenges and creativity of the game.  There was something that everyone could do at some point in the game to contribute to the team’s efforts.

And Casa Loma makes for the most awesome setting with areas of the castle that have never accessible to the public. But I strongly recommend going at night which makes the game even more thrilling.

A maximum of 12 players are booked for each game time.

Spooky season kicks off with Legends of Horror at Casa Loma

Is it even spooky season without a visit to Legends of Horror at Casa Loma? Yes, Toronto’s very own majestic […]

Fun Places to Visit in Toronto this Summer

Are you thinking what I’m thinking? Visiting fascinating places or must-see sites that brim with prodigious things in Canada’s largest […]