Toronto-based rock duo Queens & Kings are known for their physically dynamic, explosive stage shows that are described by the band as a form of communication between the pair and offer a window into the duo’s complicated dynamic with each other. Having known each other for about 12 years, the band started in 2017 after already having known each other for about 8 years as a form of therapeutic release. They very quickly became a favourite of many popular venue owners in Toronto and have been rapidly gaining attention as they continue to release singles leading up to their debut album. 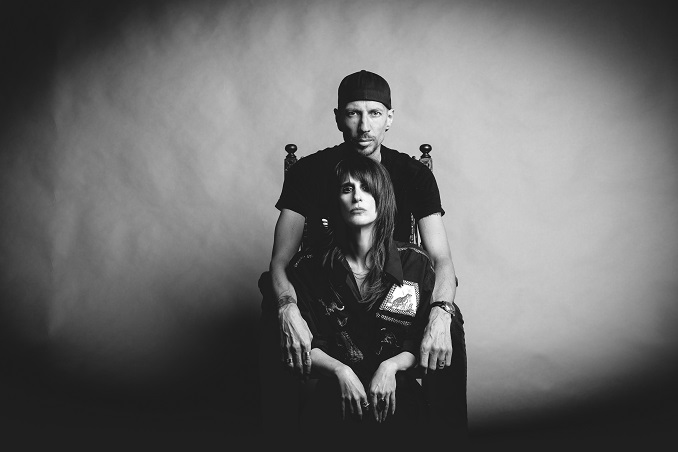 Coming soon! But four singles from the album have been released.

Alissa: Depends on when exactly we are talking about, haha! I always listened to quite a bit. When I was a kid of about 12, I loved Led Zeppelin and had every studio recording of theirs on cassette, but also loved Billie Holiday and Bessie Smith and a lot of rock, punk, blues, jazz and more…I was all over the place. I’ve always been most drawn to female-fronted rock, I’d say.

Brendan: I guess I’d say Jimi Hendrix. One of my major inspirations as a guitarist.

Alissa: I don’t know if I have just one, but I’d say PJ Harvey if I had to choose I think. I’ve been listening to her since the beginning of her career. I can say the same for Yeah Yeah Yeahs who is also a favourite.

Brendan: There isn’t just one but STP has always been one that is at the top of the list for me.

Brendan and I have a ritual to the Vandalism remix of “Rolex Sweep.” It’s a whole thing we do that includes fairly embarrassing dance moves.

We do 1980s-style aerobic warm-ups and tell each other that we are doing it for us.

We love some of our friend’s bands like Neon Bloom, Cigar Club and Joan Smith and the Jane Does…We have so many friend-favourites in this city!

We are both fans of sitting down and listening to a full album but both are good!

Alissa: I’m a nocturnal person for sure! Brendan goes back and forth. I think as musicians, we both lean more towards night owls.

We love both, but we’d both say road because we love road-tripping adventures in general and this band is really about the live show, so it’s great to play for different audiences in different places and meet new people.

Via Mercanti (on Augusta)

Queen Street is a good one because it houses a lot of our favourite venues. Augusta is also great because we play on the One Fire Movement stage there and that’s the street Via Mercanti is on…

We end up at Dufferin Grove a lot because I live nearby and we love the farmers market there. It’s peaceful and it’s nice and open with a lot of beautiful trees. High park is also great.

We’ve had a lot of faves, but for ones that are still open, we love the Bovine and the Horseshoe and Hard Luck and Sneaky Dee’s…it’s hard to choose!

Gillian Stone is a multi-instrumentalist, ethnomusicologist, and interdisciplinary artist based in Toronto (Tkaronto). Her vocally-driven work, which draws from post-rock, […]