Born and raised in Toronto, Canada, SOHLO is an Independent Artist who has been creating his own music since 2015. Since he was a child, SOHLO has been surrounded by music. His father was the frontman in a band and would play demo tapes for him cruising around together in his old beat-up band wagon…this is when his passion for music began to grow. He took that inspiration and began playing music with his friends in high school, where he discovered his voice as an artist. His music is a time capsule; each song is a memory of an experience in his life bringing authenticity to his work. Drawing inspiration from a vast variety of genres & artists, SOHLO writes, records and produces his own music, in his basement studio that he built with his father. SOHLO hopes that one day his passion will inspire people to follow their dreams and never give up because nothing is impossible in life. 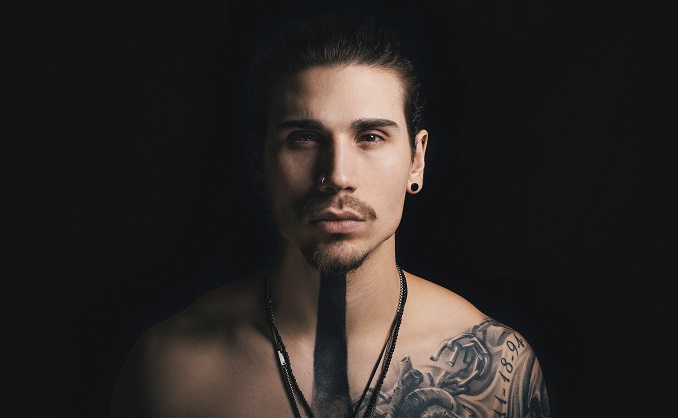 I haven’t released a full album yet, just a 5 song EP Recently called “After Love”

Drake and The Weeknd

Cunningham Dr…I grew up there. Such great memories…both my elementary school and my high school are on Cunningham Dr

North Maple Regional Park. I spend a lot of time there with my friends and family. It’s a beautiful place for a nice nature walk/hangout.

About Sofia Touboul 20 Articles
Multicultural artist and videographer. Her French and Colombian parents and her childhood in Israel led to a severe coffee, croissant, and shakshuka addiction. Obsessed with Instagram, she loves to share her life experiences. Follow Sofía on Instagram.
Instagram

“A Day In The Life” with artist and writer, Katharina Davoudian

Katharina Davoudian grew up in Etobicoke, in a multicultural family of immigrants, a Ukrainian mother and a Persian-Armenian father. She […]

Meagan De Lima is a Toronto-based singer-songwriter crafting R&B music that comes from a place of heart-centred sweetness and compassion. […]

“A Day in the Life” with multidisciplinary artist, Nubian Nene

Born in Montreal and originally from Haiti, Nubian Nene is a seasoned and well-versed artivist. Her experience and knowledge as […]