Khalil is a Hip Hop artist from the west GTA, grew up in Halton Hills, born in Mississauga. Always was fascinated by art, media, and music, along with sports – I played basketball and soccer growing up.

In high school Khalil started to develop his passion for music, it became part of his daily life, through his highs, his lows, he always had his earbuds in. Khalil teased guitar class in the tenth grade and found himself enthused to learn more, but never felt the connection with guitar as he did with hip hop. In late grade twelve, he began recognizing the depths, good and bad of his mixed black and white identity and came to fruition about the realities that identity carries, along with the discourses involved in perpetuating them. Khalil started to feel like he had a message to share.

Timidly, it started with trying to randomly freestyle at night when he couldn’t sleep or having the urge to try and create a beat in a garage band. Eventually, he began to write songs late in his first year of university. By the third year, Khalil bought his first mic, hooked it up to Garage band, and began to record.

At first, it was a hobby, and as he progressed, the obsession grew. As Khalil matured and became more educated through schooling, the realities he began to indulge within late high school, became more clear, and articulate, and this became evident in his songs.

Since then he has released two albums, several singles, and now he is looking to take himself to the main stage, knowing what he creates, is something to hear. 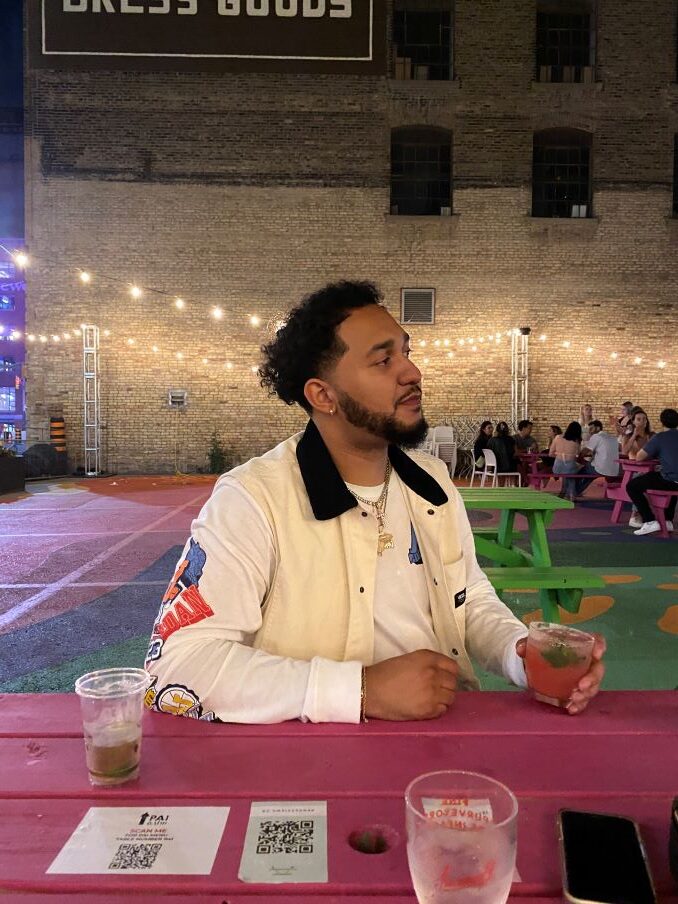 I have three singles releasing between November 17 (today when I am writing this), and December 18th.

Potentially a fourth Soundcloud release in the same time frame, and an album, plus three more singles in early 2022 that are currently in works!

These can be found on all streaming services… keep an ear for:

Argyll Road. I grew up just off Argyll, it’s a major road through the south, I feel like most of my friends lived on it or just off like me, so I felt like I spent a lot of time up and down that road. It’s familiar.

Barber Park, was isolated from traffic, and it had a cool spider-web-like thing on it, a dope spot to take a girl on a first date star at the stars and stuff.

There are some great new youth programs available from Tuesday to Sunday through Unity Charity’s free youth drop-ins. The programs […]

A vivid, storytelling Rapper. Christian Mariconda is a musician who dissects his scarred past and bright, yet anxious future, which […]

Yasha is a singer-songwriter originally from Mississauga Ontario. He not only has a gifted voice but his intentional approach to […]