Managing finances for a small business can be taxing and expensive. Hiring an accountant or paying a bookkeeper is sometimes just too big a cost for those starting out. This is where local company Wave Financial comes in.

I have been using the Wave services for a couple years now and I was excited to feature them as the software they offer is such a great utility. I mostly use it for invoicing and bookkeeping but there are a ton of features for small businesses.

I got to speak with Wave’s co-founder and CEO Kirk Simpson to find out more about them. 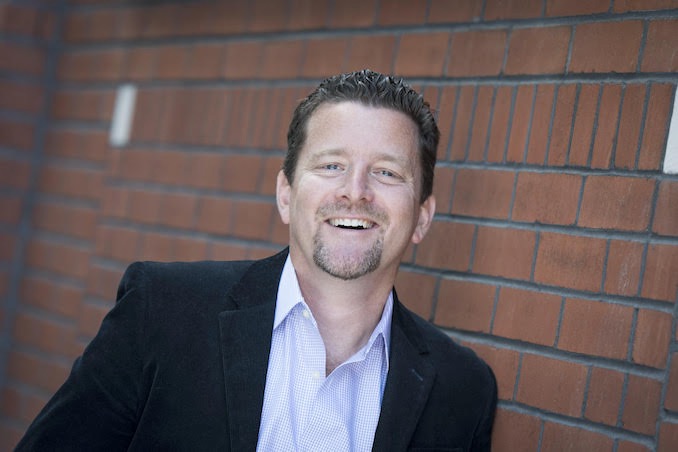 So the business is called Wave Financial, online at waveapps.com. We make software for micro small businesses that we would define as zero to five employees. Most people aren’t aware, but 90% of all businesses are in that size, and they’re drastically underserved by software, and we’re trying to make it easy for them to run their financial life.

How did you get into this? What led you to this discovery of an underserved market and wanting to fill that role?

So in 2009, James Lochrie, my co-founder, and I started the business, and we got serious about it in 2010. We were heavily influenced by what Mint was doing in the personal finance space. That was peak Mint in 2010. And they had really innovated around personal finance management, and we thought that model was even more applicable for small businesses.

And so we really thought there was an innovative opportunity in that space and wanted to really build something that would help small business owners.

Did you get a background in tech? Did you have to bring in people to build the software?

I built a couple of technology companies, nowhere near the scale of Wave. My co-founder was technical by nature and had worked at a small business tax prep company. And so specifically, his domain knowledge was super, super important. And then the knowledge I had gained in building technology companies in and around Toronto meant that I had a good network of people to call on. We hired engineers right from day one to help build the software, and that’s how we got it off the ground.

Tell us more about your clientele and demographics.

You offer so many free utilities. Can you explain how the company makes money and what the paid services are?

Absolutely. I think one of the most innovative parts of Wave is that we give away the invoicing and accounting software 100% for free. And for some people, they would think, “I can do five invoices on the software, and then on the sixth one, I’ll hit a pay wall, and I’ll have to pay for the software,” and that’s absolutely not the case with Wave.

Our goal is to democratize software for small business owners to run their business on software. And so that’s what we’ve done. The way that we make money is to embed financial services products within the software. So an example of that is, “I want to send out invoices, and I want to accept digital payments, either credit cards or bank payments, and I can do that through Wave,” and we’ll take a small cut of the transaction fee. Or, “I’m growing up a little bit, and I’m now hiring employees or contractors, and I need to use payroll products.” You can use Wave’s. That’s completely embedded in our software.

And lately, we’ve also been doing bookkeeping and coaching for customers that need help.

And the final aspect is we’ve launched Wave Money which is a banking product in the US where we are literally a small business bank account product that makes it easy to move your money through our software and have it move much faster in the banking system.

Where in Toronto could we find your business?

I would say we’re proudly headquartered on Carlaw, just north of Queen, where we have almost 300 people in the old Wrigley Building, and we’ve always been proud to be an East Side company. And love the Leslieville area.

So are you from Toronto originally too?

I’m actually from Montreal originally and then moved to Toronto area when I was 16 and then went traveling and settled back into the Toronto area, I guess, 20 years ago or so.

What is the best question a prospective customer could ask a member of your profession when comparing services? Give the answer as well.

I think it really depends on the type of business that they run and what they value. I mean, we are driving for simplicity. We’re driving for empowering small business owners to take better control of their financial life. So if they want to outsource everything to an accountant, as an example, we’re not likely the best fit. But if they want to own it themselves, have better visibility into their numbers, enable everything in one place, that’s where we excel.

What would you say would be the best part of what you do, and what is the worst part about what you do?

I’ve been at this now for 11 years, and I would say that question really evolves over time. I think the best thing that I’ve had to do throughout that time is to work with amazing people. The incredible people that have joined me on this journey at Wave and getting to interact with them every day and learn from them and be in the trenches with them trying to solve big problems has been the biggest joy of my career by far. And so that’s the best part.

The most difficult part was fundraising at different points of the journey. I always enjoyed it, but it didn’t mean that the market gave me the best receptivity at times. So that was one of the hardest. And then like every entrepreneur, the financial aspect of it, the compliance aspect of it, things like payroll and making sure that you’re always on side with the CRA, et cetera is just something that makes business more difficult and isn’t all that enjoyable.

Do you have an industry joke? Is there any kind of jokes you have about the profession?

I don’t have a joke, per se, other than I’m the CEO of an accounting company that hates everything to do with accounting.

So I guess that’s about as close as I can come to it is the desire is to sort of get that out of the way because most small business owners are exactly like me, and that is not why we went into business.

Is there any other Toronto business that you had your eye on or that you think is doing a lot of cool things?

How about I take a bit of a different tack to it and you tell me whether or not it’s okay or not which is I’m in tech, but I would love to call out a couple of cool local small businesses in my community that I love and want to support.

One is a spin studio called Torq…on Eastern Ave. And I would just say they’re an amazing female founder who runs a great business that has obviously been massively impacted by COVID… and just an integral part of the community.

Another one is the Rooster Cafe on Broadview Avenue. Just a local awesome coffee shop that, again, significantly impacted.