If you ask Meredith Erickson what would be the definitive Canadian dish, she would longingly describe the fresh corn in August, the incredible seafood from coast-to-coast that hug our country, as well as the wheat and beef from the prairies. Her obsession with food is not just what lands on our plates but who bring it to the table and how it all gets there. These are the stories that brings  this newest podcast series to the forefront. The Field Guide to Eating in Canada is the latest original content coming to Audible.ca beginning April 15 and Erickson is about to take listeners on a cross-country culinary adventure sharing stories not just about the restaurants but also some of the people behind the scenes.

Erickson is no stranger to the restaurant industry. Born and raised in Windsor she eventually moved to Montreal where she and a group of friends opened up Joe Beef.  Yes, that Joe Beef.

In 2004, they began renovating the space. “It was a complete dump in an alley. It was crazy but we wanted open a restaurant where we would have complete control over the food, wine, and energy which we didn’t have control of in the past,” said Erickson. “We didn’t care at all if it was going to work.” But then, it turned out that people liked it. Really liked it. 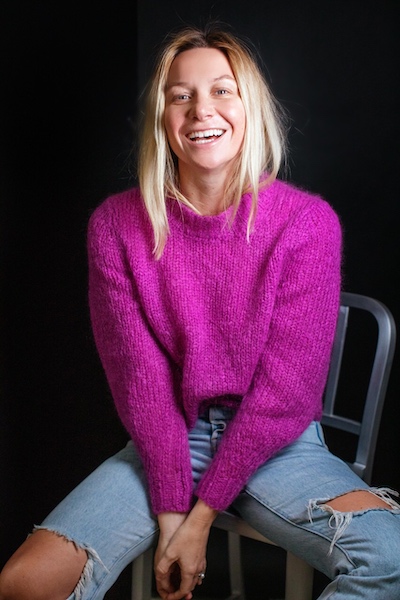 Simultaneously, she was also an editor at Maisonneuve Restaurant. Erickson explained that the years went by fast, “it was crazy, I was a waitress trying to save money to get to Paris and this was way before Instagram.” She remembers calling back to Montreal trying to find people that could recommend and get her into restaurants in Paris. Then in 2009, she co-authored  the The Art of Living According to Joe Beef  which became a bestseller. “not only did it blow up but it did with all the right people.” She quickly realized how much she enjoyed this style of writing. She described it a “mixtape” or a hybrid cookbook with a lot of long form story telling and recipes that included weird anecdotes. Then, in 2019 she published Alpine Cooking: Recipes and Stories from Europe’s Grand Mountaintops — a delicious travel/recipe book. She lived in the Alps for a few years and focused on writing an authentic food and wine travelogue of the Alps something she tells us that no one has really written about. Then Erickson began wondering what else hasn’t been done before or “psycho enough to write about.’

Currently living in Milan, Italy, Erickson tells Canadian food media on a recent zoom event that she had in mind to write a cookbook that focused on the Canadian food scene. “I was born and raised in Windsor, Ontario, and very proud of that. Then I moved to Montreal after college. I am a really proud Canadian. I’m really proud of who I am, and I really miss home.” said Erickson. She tells us that she felt fortunate to have travelled across the country over the years and to have met many people in the food world.

She had learned from audible that they were interested in creating original content with Canadian voices beyond their successful audio book streaming service. While she still has plans to write the book, the podcast idea came up and really suited her in this moment in time when everyone is apart it was a way to connect people through the stories told. So, they began this project together. “I didn’t really want this to simply be about restaurants. I think that’s really just one note. I wanted it to be about the people I find most interesting like farmers, people in agriculture, fishermen, wine producers, bakers, seed savers, and of course cooks, chefs, and sommeliers that are part of the full multi-dimensional story. We’ve shone a light on restaurants across Canada but I think we have a lot of work to do to shine the light on the people more behind the scenes doing the most humble jobs and to me, have the most integrity and are the most noble.” 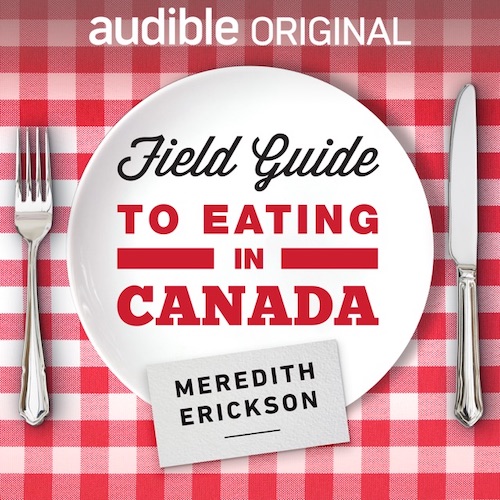 So, where do you start and how do you choose what goes into the first season? “That was a big experience and I decided what I wanted for the audience to understand, is that when your friends call you and say I want to drive from the East coast to the West Coast to BC and ask where do I go? Who do I meet to learn and understand the agriculture, history and landscape?” This is the blueprint and the vision. Erickson tells us that no one has answered these questions to her satisfaction and that’s what this series is about. “This is a very democratic list and that’s super important to hear. Whether you have $30 or $300 to spend on dinner, there’s no reason why you can’t eat deliciously well. We want to give you all the tools to do that.”

They started by looking at a map and thought about how they could dive into ten episodes giving the first season a fair and balanced look. “I started with Montreal because that’s where I lived for 19 years and that’s my home base. It’s where Joe Beef is so that’s where we started the series.” They spoke a lot about how much the restaurant scene has changed. She tells us that Quebec is where her heart belongs and that is where she most familiar. But it’s her curiosity and of course, love for food and the stories, that led her across the country. I particularly enjoyed her episode on visiting Richmond, BC where she’s genuinely in awe of Hong Kong style barbecue. In our media discussion she describes Richmond as a place she could spend more time as she was introduced to some of the best Chinese food that was found in the most unexpected places.

What was the most challenging of culinary stories she admits is the episode on Indigenous cuisine. Erickson described it as such only because she felt tremendous pressure to get it right, to ask important questions, to conduct the interview with knowledge and to listen. “There was a heaviness there but there was also beauty that was unparalleled and we had great conversations that I am really proud of.”

Erickson describes her episode on Gaspésie as magical both in landscape and the people. “I have a Gaspésie hole in my heart when I’m not there. It’s a weird place. It’s really far. There’s nothing about it that makes sense. But it’s really magical.” She described it as a place you can eat fresh seafood and lots of it for $20.

She tells us how Torontonians are so lucky and she’s really jealous of the diversity in cuisine available to us in the city. “In terms of ethnicity there are so many pockets of food that I’m constantly learning about here.” She mentioned missing the biscotti and sandwiches from Forno Cultura and dishes from Maha’s among others.

Erickson tells us she’s really excited and proud of this series. “Because of COVID-19, you know it was tough. Really tough to tackle everything. There were lots of delays and restarts. But I have a lot of gratitude and love for Canada and really missing home.”

ORACLE, a Canadian Audible Original, is the latest psychological thriller from author Andrew Pyper, an award-winning Canadian author of ten […]