May is officially Asian Heritage Month. It’s a chance to celebrate and learn about many Asian cultures while recognizing the many contributions and achievements made by our friends right here in Canada. It’s also a time we can all show support as friends, neighbours, co-workers and colleagues during these difficult times. The Asian Gold Ribbon Campaign has recently launched to help raise awareness and funds for mental-health programs reaching some of the most impacted and most vulnerable in our city and across the country within the Asian community.

The campaign is asking individuals, organizations, and communities to come together and show support this coming May by wearing a gold ribbon, pin or the Asian Gold Ribbon facemask (see link at bottom) to signify unity, hope and solidarity for a better tomorrow. A portion of the proceeds from the sales will help fund initiatives that supports much needed mental health and community outreach services. 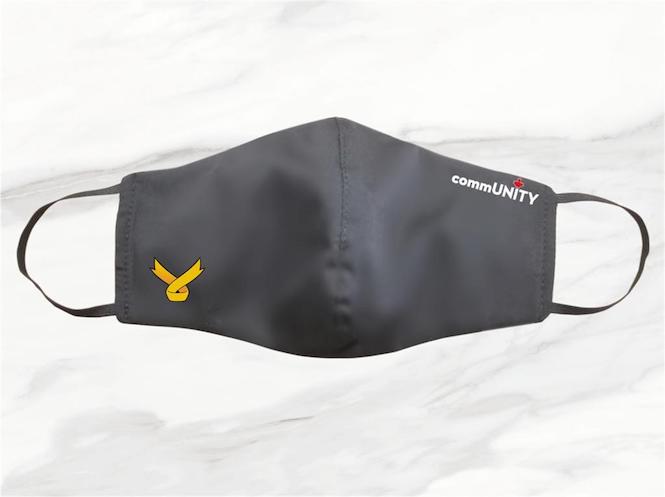 Since the beginning of the pandemic there’s been an increase of reported hate motivated crimes towards the Asian communities across North America. According to Statistics Canada, the proportion of visible minorities (18 per cent) who perceived an increase in the frequency of harassment or attacks based on race, ethnicity or skin colour has increased significantly since the start of the COVID-19 pandemic. This difference was most pronounced among Chinese (30 per cent), Korean (27 per cent), and Southeast Asian (19 per cent) participants. (Source: Statistics Canada, Crowdsourcing on perceptions of safety, May 12-15, 2020)

Dr. Gina Wong, Founder and Ambassador of the Asian Gold Ribbon Campaign and Psychologist, Professor, and Program Director in the Graduate Centre for Applied Psychology at Athabasca University, Canada, is leading this fight against anti-Asian racism with deep respect and profound awareness of the social and historical context of racism against Black, Indigenous, and other racialized minorities.

Dr. Wong’s own experiences as a racialized Asian woman compels her to bring attention to the support needed within the community. Aside from participating in the Asian Gold Ribbon campaign we asked her how else we can help.

She tells us it’s important to get involved and show support. “Being complicit and remaining silent is to accept the status quo and perpetuate racism. We must educate ourselves about the issues and understand who benefits from racist societies. Understanding that unconscious biases are inherent in all of us and that it takes humility, commitment, and desire to be open to learning more, is key.”

Be interested in Asian people’s stories is another way to support the community. “Feature Asian individuals to honour and highlight who they are in local newsletters. In this way, and others, amplify Asian voices. Have a zero-tolerance policy for hate and racism overall in our communities, provide bystander training guidelines, and patronizing businesses owned by Asians to show support where possible, goes a long way.”

We are all facing challenges right now but recognize right now that Asians are not feeling okay.  “They are carrying extra mental and emotional load. Many are vigilant of their surroundings when out in public, especially Asian elderly- some of whom carry objects to protect themselves and who are on constant alert to defend themselves against attacks. Go out of your way to model to our youth the importance of celebrating diversity, to not perpetuate stereotypes, to show kindness and compassion.”

Dr. Wong tells us that by wearing an Asian Gold Ribbon Mask or Pin, or Gold Ribbon during the month of May it will help demonstrate visible solidarity against anti-Asian racism and shows those around you that you support Asians.

The organization is asking us to post selfies and tag @asiangoldribbon along with using the hashtag #asiangoldribbon on social media platforms on May 20, 2021, the inaugural Asian Gold Ribbon Day. “Let it be a lasting commitment, not just during Asian Heritage month, but show solidarity against hate and racism in all forms towards all racialized groups now and into the future,” said Dr. Wong.

While we are deeply concerned about the hate motivated crimes, we should reflect also on the contributions and achievements made to remind us of the greater good and Dr. Wong agrees. “It’s essential to spotlight the accomplishments and celebrate Asians for who they are. The Asian Gold Ribbon campaign is about showing visible solidarity against anti-Asian racism and celebrating Asian heritage and culture so that we can rally against the negative portrayals created by anti-Asian sentiment and the long history of legislated racism.”

Dr. Wong mentioned that recognizing achievements of people like Olivia Chow, who is an Asian Gold Ribbon Ambassador, interrupts the disparaging rhetoric so prevalent right now. “As a former Canadian politician and well-known public figure, Olivia’s accomplishments as an Asian female leader counters the negative troupes and hatred of Chinese simply for their ethnicity. It’s unfortunate that we need to prove our worth and fight for the right to be recognized as valuable citizens in this country. However, celebrating what Asians have accomplished and contributed to society is also resisting the notion that we are forever foreigners and do not belong in Canada. It flies in the face of the negative portrayals such as Chinese people as the “Yellow Peril” (disease carriers bringing impurities into Canada and America). as we were referred to as in the 19th century.”

Celebrating Asian accomplishments is central in this Asian movement to inspire pride, rather than hate, in who we are. “An example of reclaiming pride that comes to mind is when Jon M.Chu, director of Crazy Rich Asians, wrote a heartfelt letter to Coldplay requesting permission to use the song “Yellow” in the movie,” said Dr. Wong. “He said that he experienced such denigration and alienation growing up in reference to this colour: ‘From being called the word in a derogatory way throughout grade school, to watching movies where they called cowardly people yellow, it’s always had a negative connotation in my life.’ Chu wanted to have the song in his movie because he felt the song redefined yellow, ‘[it] was an incredible image of attraction and aspiration that it made me rethink my own self image, wrote Chu. I myself remember that song distinctly in the movie and the feeling of seeing Asians in a box office movie theatre, and hearing Yellow sung in Chinese, engendered hope for renewal in our generation where we can see ourselves reflected in popular media, which is shifting how Asian Canadians are viewed, and how we see ourselves.”

We’ve been hearing the term “model minority” and we asked Dr. Wong to tell us what that meant to her.

“If you remember seeing the TV show “Glee,” in Season 3, Mark (Asian character) gets an A- and his father is restricting all extracurricular activities. Tina shudders and says, “You got an Asian F!” The myth of the model minority (MMM) is just that: the pressure and expectation that Asians are academic geniuses who get A+, are prodigies of music and math, which reduce Asians to one category. It pigeonholes Asians, specifically Chinese, and places unrealistic standards to do well academically. Perfection in academics can lead to depression and anxiety, suicidality, addiction, and are struggles not expected nor discussed due to the pressure to perform flawlessly. The MMM presumes easy opportunity for upward mobility and success and wealth if we just work
hard enough. It’s a damaging stereotype because it fails to see or allow for other ways of being and reinforces a belief that Asians should be grateful that we have opportunity.

The MMM also disguises the fact that East Asians and South Asians make up 40%, particularly the Chinese, of those living in poverty in Canada. The MMM assumes good, docile, obedient, voiceless, model citizens who do not complain or make waves. These beliefs are internalized, and we may be less inclined to demand for human rights and equitable treatment. Asians, in fact, are widely diverse peoples with multiple intersecting identities and struggles, challenges, and triumphs.

The MMM also wedges a great divide in cross-racial solidarity because members of other racialized groups view Asians as academically successful, having ample opportunity, and being financially secure, which are associations close to whiteness. What this does is minimize the damage and seriousness of anti-Asian sentiment to other minoritized groups, and perhaps even within ourselves.”

To learn more about the Asian Gold Ribbon Campaign and to order facemasks (available in a variety of colours) and pins, please visit asiangoldribbon.com