Carbon Memory is a dynamic alternative rock band that develops sonic snapshots that are both transporting and cinematic. The Toronto band cues magnetic guitars and contemplative lyrics to a reel of ambient textures that oscillate between a sense of nostalgia and optimism.

In 2018, Carbon Memory released their debut EP Panoramas and were showcased on the indie video archive Southern Souls, with two live-off-the-floor performances of the band’s jazzy and psychedelic laced track “Medusa” and their embracing folk-inspired song “Ocean of Gold”. The band went on to perform a string of shows across Southern Ontario including dates at Toronto’s iconic Opera House and Lee’s Palace.

In late summer 2020, the band returned to the studio, enlisting the help of Toronto producer Graham Walsh (Holy Fu*k, Alvvays, METZ) to best capture and instigate sonic experimentation on the group’s upcoming EP, Tourist. The result is a dynamic alternative rock record fronted by electric guitars, enveloped in atmospheric synth textures and featuring experimentations with the piano as a central compositional instrument. The FACTOR Canada funded release features the band’s most compact and direct work yet. Tourist is set to be released mid 2021. 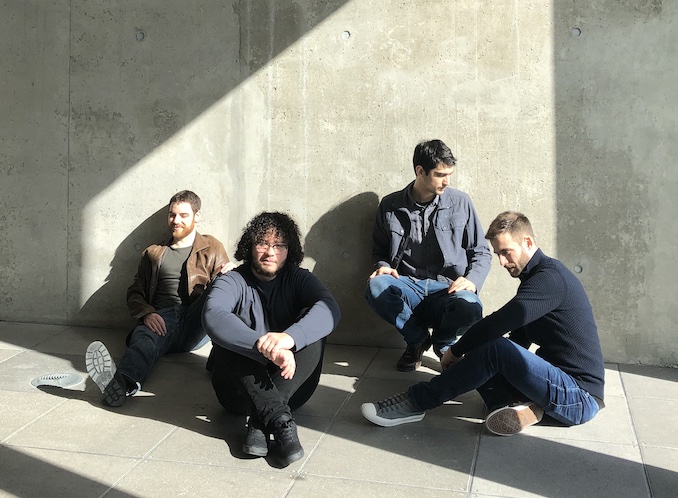 Latest Release: Tourist EP (to be released in 2021)

Food at the nearest local restaurant, whatever local beer is on tap and hitting the stage!

No Mistakes in Space

Pasta from Terroni (when we want to treat ourselves)

Trinity Bellwoods…lots of good memories, especially after grabbing a beer from Bellwoods Brewery

Both…most of the records we love are LPs, but quality over quantity

Both…missing the road these days