FoodShare works to provide healthy and affordable food to everyone, through building community programs and advocating for better public policy. This week we spoke to Paul Taylor, Executive Director of FoodShare Toronto to learn more! 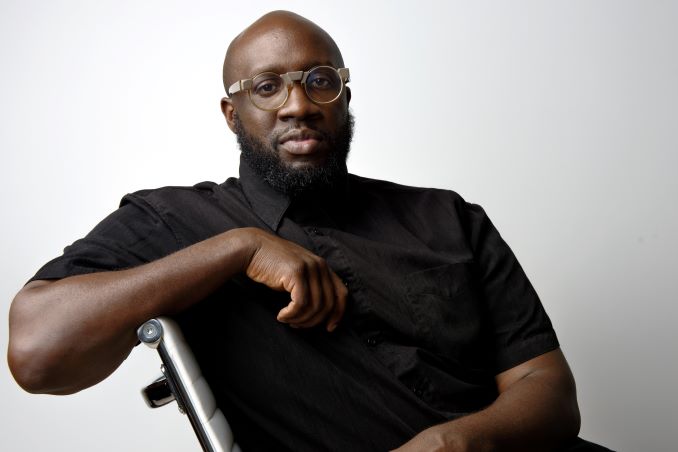 We’re also adamant in acknowledging that food insecurity will not be solved with food programs. We believe that the best way to tackle food insecurity is by advocating for better public policy. Our government has a role to play in ensuring that people can feed themselves, their families and their communities both now and into the future – this is not a responsibility that should be left to charity.

Our work is also rooted in challenging the systems that perpetuate food insecurity, such as colonialism, racism, sexism, capitalism and ableism.

Charities, especially those focused on food, have been positioned as our default response to poverty and food insecurity, but FoodShare can’t solve either of those things. People are largely food insecure because they don’t have liveable wages or affordable necessities (housing, childcare, medication, transit…).

Toronto has the most expensive transit in the country and the 5th most expensive in the world. High costs for things like transit leaves people with less to spend on food. It’s time for joined-up policy, not charity, to solve food poverty and insecurity.

I love food! I love growing food, shopping for food, cooking food and finding creative ways to use my leftovers. While I love food, I recognize that many don’t have access to the food that they need – much like my family when I was a child.

I grew up materially poor, we relied on welfare – which meant there were times that our family really struggled – I didn’t know why it was happening to us. Why life was being made so difficult for my family. I didn’t realize that there were systems that kept us poor and with inconsistent access to food.

While I may not be materially poor or hungry now, those experiences inspired a lifelong commitment to challenge poverty and food insecurity. I’ve spent over a decade working at nonprofit organizations – challenging the sector to think critically about our role in allowing for government inaction on the very issues that we care about.

Great organization with an incredible reputation for collaborative and innovative food based programming. We had a longtime commitment to diversity, but it had yet to be articulated in an organizational statement (Food Justice Statement) and corresponding action plans.

We’ve codified our commitment to food justice, which means actually working to dismantle the oppressive systems that perpetuate food insecurity. We recognize that this work happens both outside and within the organization. As a result, we’ve introduced a new wage grid, that provided our lowest paid colleagues with a 25% increase in pay, with no increase for the Senior Leadership Team. We’ve also introduced a lowest paid to highest paid ratio of 1:3.7, developed an Indigenous Advisory Circle and an Advisory Committee to help guide our work moving forward.

FoodShare also struck up a research partnership with PROOF, an interdisciplinary research team investigating household food insecurity in Canada, based out of the University of Toronto, that collectively introduced Canadians to the impacts of anti-Black racism on food insecurity. Though our research we found that Black Canadians are 3.56 times more likely to be food insecure than white Canadians. We also found that the only underlying reason for this disparity is the pervasiveness of Anti-Black racism.

We have hosted a conference on advancing food justice in our organizations, as well as webinars on Black Food Sovereignty, Dismantling White Supremacy and leading while Back.

We need to continue to advance a rights based conversation. Too few Canadians recognize that we all have a right to food. It was ratified in 1976 and acknowledged the federal government’s role in creating the conditions that allow for ongoing access to food. Clearly it isn’t being upheld when over 5 million Canadians are food insecure. We have a right to food in this country and it’s time that we all started demanding it.

Most importantly your readers can contact their elected officials and let them know that poverty and food insecurity are important issues that they want to see our governments eliminate. It is absolutely possible to eliminate both of them, but our governments won’t prioritize doing so unless we tell them that it’s what we expect.

Toronto Guardian readers can also support our work by making a donation here. They can also purchase a box of beautiful produce or any of our add-on products via our online store.

Dismantling Fat Shaming and Weight Stigma: a panel co-hosted by FoodShare and Food Network Canada featuring Dr. Jill Andrew, Maya Finoh, Ashlea Gillon, Anshuman Iddamsetty & Natalie Borch on Sept 23rd 3:00 – 4:30pm. We’ll explore fat shaming and weight stigma, how it intersects with other forms of oppression like racism and ableism, impacts people, and why it is important to identify and dismantle it.

New Food and Drinks at Victor Restaurant in Toronto

Nestled away in the Entertainment District, there is no reason that Victor shouldn’t become your new favourite cocktail bar and […]