Our review of Tony Hawk’s Pro Skater 1+2, developed by Vicarious Visions. Released on September 4, 2020 for PS4 (reviewed), Xbox One, and Windows. 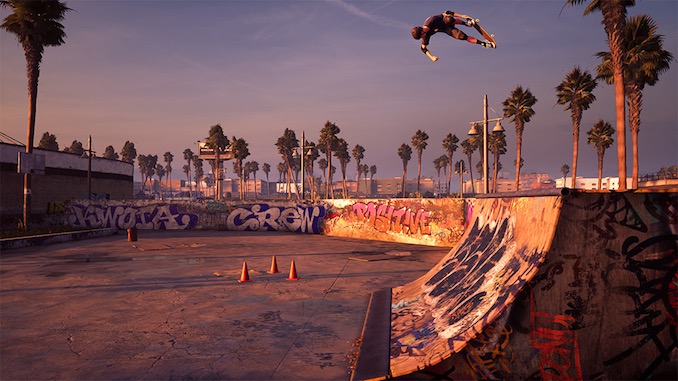 A high-def remaster of the two greatest skateboarding video games of all time.

The greatest skateboarding games of all time are now even greatest-er.

Millennials. Skaters. Those kids I see everywhere these days with the Mohawk bike helmets. 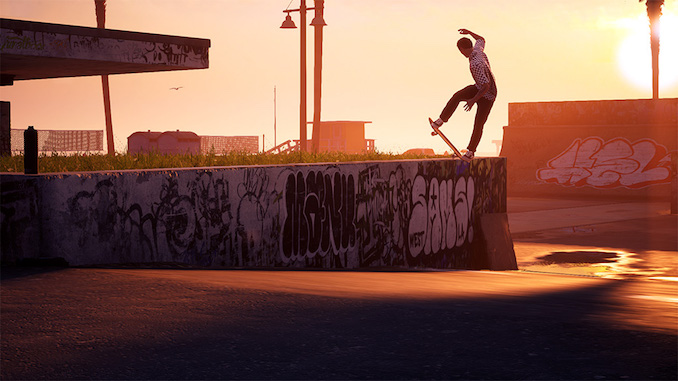 BACKFLIP TO THE FUTURE

The best thing about HD remasters is that the games are always exactly the way you remember them. Not the way they actually were, mind, but the way you’ve stored them in your rose-tinted memory: the top-of-the-line graphics, the smooth animation, the impeccable controls.

Take the Tony Hawk games, skateboarding classics released all the way back on the first PlayStation. Sure, the core gameplay is still quite enjoyable, but outdated graphics and some rough edges make them very hard to go back to in their original form. Just ask anyone who’s suffered retinal burn after plugging a PS1 into their 4K TV.

Thankfully, Tony Hawk’s Pro Skater 1+2, easily one of the better remasters I’ve played in recent years, is here to help you experience those classics anew – or just “new”, if you weren’t around for their original release. 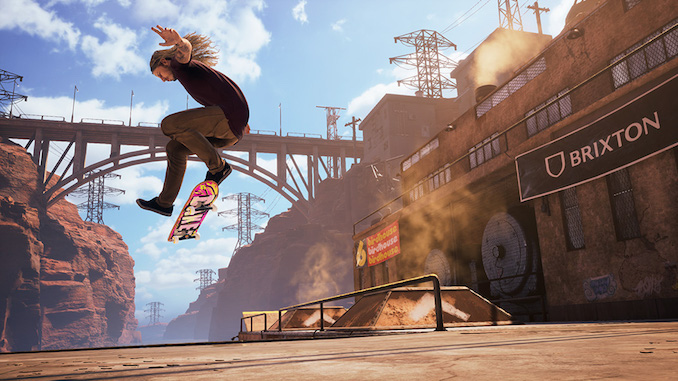 I can almost smell the hot pockets, taste the Dunkaroos, as I boot up my PS4 copy of Tony Hawk’s Pro Skater 1+2.

For many of us who play THPS1+2 today, the experience makes for a heady nostalgia trip. The gameplay (exactly as we remember). The classic tunes (oh you better believe the legendary soundtrack holds up well). The fashion (surprisingly timeless). For us, THPS1+2 is a glimpse into a beloved past, a more innocent time when Vancouver still had an NBA team, the Iraq War was just a glint in Dick Cheney’s eye, The Simpsons was still good.

For those experiencing these games for the first time, THPS1+2 should be proof that all us stodgy old Millennial gamers know what we’re talking about. No microtransactions. Local co-op. Rad tunes. And two of the best games of, in my humble opinion, the best generation of games ever released: Metal Gear Solid. Tony Hawk. Final Fantasy VII. Resident Evil. Um, Star Wars: Masters of Teräs Käsi. These and so many more all first appeared on the PlayStation, and still regularly rank at or near the top of all-time greatest countdowns. (Okay fine, maybe not that Star Wars one, but it’s my list, darn it!).

It’s easy to understand why the early Tony Hawk games (here’s hoping for a THPS3 remaster soon) still stand the test of remastered time. The short gameplay loops, the addictive and accessible gameplay, the unrealistic and therefore forgiving physics, the over-the-top landscapes of half pipes and jumps and endless rails. Tony Hawk was one of the first video games to reimagine cities as playgrounds, ensuring that every element of the environment becomes an essential part of gameplay. It’s a concept still rarely found in modern games, though the influence can be felt in titles like Mirror’s Edge, Vanquish, John Woo’s Stranglehold (which is basically John Woo’s Pro Skater), and more recently Sunset Overdrive.

The Tony Hawk legacy in other areas is, of course, better known: the mainstreaming of skater style, the embrace of “alt” sports in the Red Bull vein, a whole generation of pop-rock musicians. You can thank Tony Hawk – and Tony Hawk – for the fact that skateboarding will make its Olympic debut whenever we’re allowed to Olympic again. 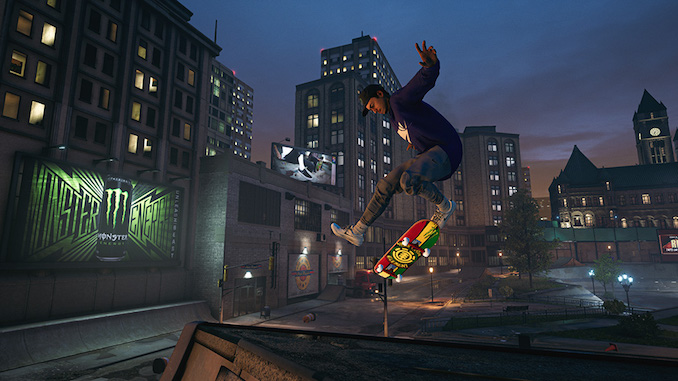 AIRWALK TO 900 AND POP SHOVE-IT FOR THE WIN

Aside from the cleaned up graphics, it’s impressive how little of the original games had to be reworked or touched up for this release. As far as I can tell, the levels are laid out just as they were, the challenges are exactly the same – get ready to collect the letters S-K-A-T-E a lot – and the original roster remains intact, though several modern skaters, including a welcome number of women, make their debut here. Thanks to the PS4 controller being pretty much the same as the original PS1 controller – a design feat unmatched in the annals of gaming history – the controls are also largely unchanged. Multiplayer is also here in all its couch co-op glory, though weirdly the online multiplayer mode prevents you from playing with friends. (Supposedly, this will be corrected in a patch.)

Those tweaks that are present are definitely welcome, especially the inclusion of techniques that originally debuted in later Tony Hawk games. These include reverts and wall plants, but can you believe the manual did not appear until THPS 2? That’s on par with the fact that the first time Sonic spin dashed was in Sonic the Hedgehog 2.

One of the best things about the Tony Hawk games is the way you’re largely free to take your own approach to each level. Will you build up speed through a series of half-pipe tricks before taking off down a long rail grind, or do you go straight to the rooftops for a series of epic and breathtaking jumps? Plus, the way the missions are structured, you’re pretty well forced to try and see most things just as a matter of course. (Try finding all the school bells in the fabled “School II”, for example.) Even better: every level has some secret area or Easter egg lying in store, making for excellent replayability.

Are there problems with THPS 1+2? Sure. The menus are terrible and borderline unnavigable – it took me days to figure out how to choose a skater other than Tony Hawk – and the lack of online matchmaking with friends is a real bummer.

Still, these games that were wonderful then are so much better now. I may miss my dinky little gray rectangle, with its memory cards and controller cables and composite video. I’m almost tempted to dig it out of storage and find an old CRT to plug into.

But thanks to THPS 1+2, I don’t have to. I’ve got the games I’m looking for right here.

Exactly the way I remember them.

When I was in undergrad, I lived with three friends in a house that had only one house rule: no […]