The worlds of art and pop culture are littered with fascinating could-have-beens; the novels unfinished before an author’s untimely demise, the films that a grand auteur (looking at you, Orson Welles) never got quite around to completing, the inchoate albums of legendary musicians. There’s a certain allure to imagining, or in some cases getting tantalizing looks at, the works of art that never quite coalesced into a finished product. The Internet is a treasure trove of leaked concept art, demo tapes, unfilmed scripts, and so on, while books like The Greatest Movies You’ll Never See and The Greatest Books You’ll Never Read have documented the most intriguing of these lost works in coffee table-friendly format. 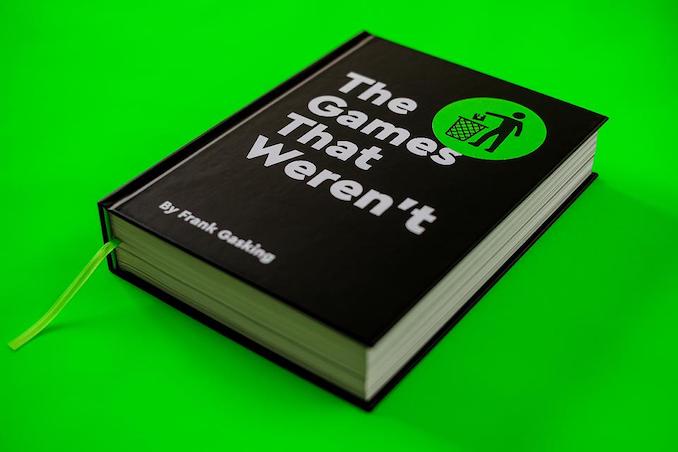 We can now add to that tradition the informative and meaty (it runs 643 pages!) new compendium The Games That Weren’t (Bitmap Books, MSRP £29.99), a print companion to the website of the same name. Collecting the stories of 80+ unreleased video games, author Frank Gasking documents, in painstaking detail, the stories of these lost and abandoned titles: the technical obstacles that got in the way, the bizarre executive decisions that undercut potential masterpieces, the passion projects that never made it past prototype.

The Games That Weren’t also spotlights an unusual aspect of the medium: perhaps more so than any other art form, unreleased games have an interesting way of finding their way into the hands of the public. For whatever reason, probably some combination of the intense devotion of computer geeks and the Wild West nature of the early decades of gaming, the Internet has become something of a haven for abandoned games that can now, in one form or another, be downloaded and played.

There are myriad reasons why a game might be abandoned, many of which are handily summarized in the frontispiece of The Games That Weren’t: “publisher changed mind”, “too ambitious”, “console bombed”, “market moved on”, and so on.

Consider games like SimMars (2000, PC; abandoned in order to focus development on The Sims), Green Lantern (1995, SNES; cancelled over “commercial viability”, something Ryan Reynolds knows a lot about), or Jeff Minter’s Attack of the Mutant Camels ’89 (in development for the aborted Konix gaming system). Major sequels, impressive licensing arrangements, games from the minds of noteworthy developers – all cruelly held back from public consumption despite being ready to ship, or close to it. (For Sega fans, the leaked Sonic the Hedgehog prototypes alone could probably constitute their own encyclopaedia.)

Charmingly, The Games That Weren’t also pays tribute to all those games that never really stood a chance: demos from unknown developers, concepts ahead of their time – like Oops! (1979, Arcade), a game about duelling sperm and ova – and so many other titles that showed promise but lacked even the advantages of name-brand recognition.

Not everything is a lost gem, of course: some of the games featured in this book were cancelled simply because they were… not so good. These are fascinating, too: so many truly awful video games (and movies, and books, and TV shows) have been unleashed on the unsuspecting public that it’s heartening to read about those times where wiser heads actually did prevail.

“Games should be fun or a fair challenge. Our game was neither.” So says one of the minds behind Deadlock (1990, Commodore 64), as quoted in The Games That Weren’t. One wonders why the team behind the infamously bad Superman 64 didn’t get the same message. 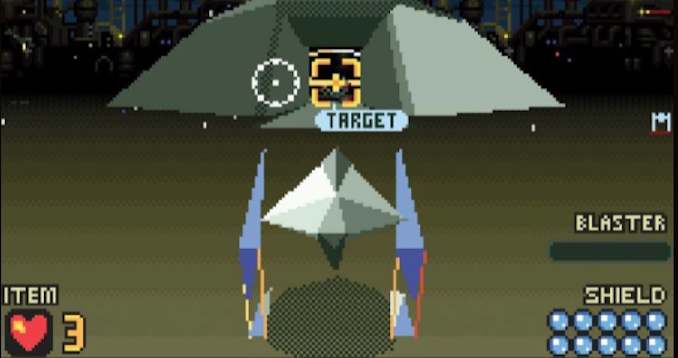 DO A BARREL ROLL

For collectors of the lost and abandoned, the holy grail is not so much the unfinished as the unreleased. These are the projects that were, more or less, complete at the time they were shelved. Noteworthy examples include The Day The Clown Cried (1972), Jerry Lewis’s ill-advised movie about a clown at Auschwitz, or the earliest Fantastic Four (1994), a Roger Corman production that was made only to retain the Marvel Comics licence but with no intention of reaching cinemas. Elsewhere, there are plenty of recorded but unreleased albums just waiting to be leaked, while YouTube has become a second home for unsuccessful TV pilots. Of the latter category, I’m partial to 1998’s Killer App, a kind of proto-Silicon Valley written by Garry “Doonesbury” Trudeau and directed by the legendary Robert Altman. (Watch it here.)

In the gaming world, probably the most famous example is Star Fox 2 (1995). The sequel to one of the most celebrated Super Nintendo games ever, it had already been completed when Nintendo shelved it in favour of developing, from scratch, a fancier new Star Fox game for the then-upcoming Nintendo 64 console. Available for years as a quasi-legal ROM file online, Nintendo finally saw fit to release Star Fox 2 in all its glory in 2017, on the SNES Classic. Technically, that would mean it falls outside the ambit of The Games That Weren’t, but in fact it’s the star of the book, encapsulating everything we find compelling about these lost games: it was ready, it was good, and we were oh-so-close to getting it before pesky business considerations got in the way.

THE GAMES THAT WERE

That said, not everything in The Games That Weren’t is worth revisiting, with far too many entries – I would estimate at least one-third of the book – devoted to unreleased ports of games that did, in fact, see wide release on other systems. It’s not a question of padding – the companion website is overflowing with viable alternatives – but has more to do with author Frank Gasking’s extremely nerdy obsession with technical gobbledy-gook, including endless digressions about “bitmap compression”, “push-scrolling”, “Gouraud shading”, and other challenges of adapting games for different hardware.

All due respect to those who put their blood, sweat, and code into these conversions, but does anyone really care about the Commode 64 and Atari ST editions of Starring Charlie Chaplin (1998), a game that appeared on three other home consoles?

Taken together, it can be exhausting reading the dozens of tales of heartbreaking last-minute cancellations and abandoned concepts. The entry for something like Creation (1996; PC, PlayStation, other systems), a first-person submarine game accompanied by an alluring 32-bit screenshot of a trio of sharks, cannot help but inspire a pang of what-if. I would have played the heck out of an “ambitious game set in an underwater world, where marine life has been saved from the Earth’s destroyed oceans”, but alas it was not meant to be.

Except, in a way, it was. As mentioned, a decent majority of the games featured in The Games That Weren’t have eventually seen the light of day, thanks to intrepid Internet archivists, or the original developers themselves uploading their creations for free. In Creation‘s case, a short PC demo can be found here, while The Games That Weren’t helpfully points readers to websites like Lost Levels and Unseen64 to download other entries in the un-canon.

There’s something poetic about the fact that most unreleased games have made their way to us by way of emulator-friendly “ROM”, or “Read-Only Memory”. It’s an evocative phrase, one that could easily work as an alternate title for The Games That Weren’t, a book celebrating those games that live on only in our imagination or in unfinished prototypes.

Indeed, compared to legendarily delayed flops like Duke Nukem Forever (2011, multiple systems) or Too Human (2008, Microsoft Xbox) – two instances of “vapourware” which released to critical and commercial disaster – there’s something to be said for letting dreams stay as dreams.

After all, Virtua Hamster (1995, Sega 32X and Saturn) will never disappoint you. But it sure is fun to read about.