Not a bad legacy for a guy who never planned to release an album.

“If you had asked me at age 22, I would have said that I would never, never make music for the public,” Jesse Cook says with a laugh. “I would have told you that the public is much too fickle — they may love you one minute and forget you the next. Well, it turns out I did the thing I said I’d never do, and somehow it’s worked out.”

That’s an understatement. Since launching his career with 1995’s Tempest, Cook has blazed an incredible trail. Along with being a global-guitar virtuoso, he’s honed his skills as a composer, producer, arranger, performer and, more recently, filmmaker and cultural ambassador. More incredibly, he started down many of those paths before he started school. Born in Paris to photographer John Cook and TV producer-director Heather Cook, young Jesse also lived in Barcelona, where he picked up an interest in flamenco as a toddler. At six, after his parents divorced and he moved to Toronto with his mother, the prodigy attended the prestigious Eli Kassner Guitar Academy. During summers with his father in Arles, he soaked up more flamenco from neighbour Nicolas Reyes, leader of the world-renowned Gipsy Kings. Despite this, Cook originally and surprisingly planned to attend art school, until a girlfriend set him straight: “She said, ‘Your music is really good; your art, not so much.’ So I changed tracks. I’m so glad I did.”

After attending the Royal Conservatory, York University and Berklee College, a comfortable career as a composer seemed in the cards — until an Ontario cable TV company aired his music on the listings channel. “Their switchboard got flooded with calls,” he recalls. “People even got my number somehow and started phoning me at home and asking for a CD. And I was saying, ‘I don’t have a CD, I’m a background composer guy. I don’t make records.’ ”

He soon changed that tune: Seeing opportunity, Cook self-produced Tempest at home using an eight-track recorder and one microphone. Then he delivered the initial run of 1,000 CDs from the plant to the distributor in his car. Those humble beginnings quickly sparked a mighty international career. “It’s been crazy,” the 54-year-old says. “And it’s a different story in every part of the world.” In Canada, opportune spots on Canada AM and Peter Gzowski’s Morningside started the ball rolling. In the U.S., it was a breakthrough gig at the Catalina Jazz Festival, where his playing earned a 10-minute standing ovation, sparked mob scenes — “It was like being The Beatles,” he marvels — and prompted one store to order enough copies of Tempest to land it at No.14 in Billboard. In Poland, his 2004 live album Montreal took the country by storm. In India, he gained fame after one of his songs was plagiarized for a major Bollywood movie. (“In India, that’s allowed,” he explains. “They call it cultural appropriation — it obviously doesn’t mean the same thing there.”) In Iraq, his instrumentals score the nightly news. Elsewhere, they’ve accompanied gymnastics and skating routines at the Olympics. “In
Nagano, the Japanese skater and the Russian skater both competed using the same song. One of them won. I think I should have got bronze,” he jokes.

So no wonder Cook also quips that his music “has had a way more interesting life” than he’s had. But lately, that international appeal — reflected in a compositional style that mixes flamenco with everything from classical and jazz to Zydeco, blues and Brazilian samba — has become something he takes more seriously. “I’ve just always made the music that I love. But in recent years, it has started to feel like there’s a political statement to be made. The music that makes up what I do comes from places some politicians rail against: Latin music and Mexican music and Arab music and all these things. There’s a lot of fear-mongering out there, with people trying to separate us. But if music can come from around the world and interconnect so beautifully to create this beautiful tapestry, maybe there’s something that
music can teach us.”

And as Cook embarks on the next 25 years of his unexpected career — “I feel like I’m just getting started,” he says — he is still learning and growing, still chasing dreams and goals. He’s eager to discover the next stage in his musical evolution. He’s eyeing a switch from albums to singles with videos. He wants to play Carnegie Hall. Mostly, he wants to keep travelling the globe, bringing people together with his art and message of unity.

Not a bad legacy at all. 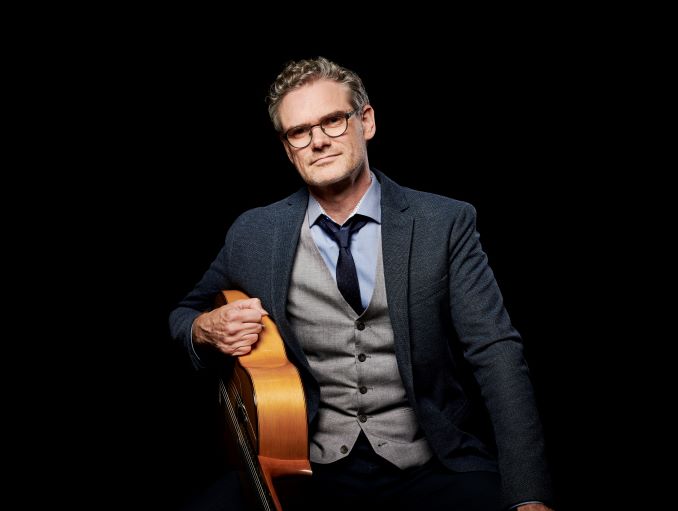 Too many to choose. I love them all.

Lately we’ve been making strange guttural sounds and pumping our arms in the air. Not sure what it means… just going with it.

Terroni, mostly for the bread!

I grew up in Kew Gardens. Now I live by Trinity Bellwoods. So I’m going with High Park.

Love ’em both. Right now I’m enjoying being back in the studio (like I have a choice!)

Tempest 25. Also, I’m going to try and launch a new song every month until we get our freedom back