There’s a house. There’s art. And there’s some horror. But The Remnant, a new Toronto-set short horror film, could never be mistaken for arthouse horror.

Rather, it’s one of those delightfully gimmicky short films that delivers cheap thrills, appearances from familiar Canadian faces, and a shot or two of gratuitous gore. It’s a film largely intended for the type of audience that reads the phrase “Toronto-set short horror film” and salivates at the mouth. It would play well in an anthology, or at Toronto’s After Dark or TIFF Midnight Madness festivals. 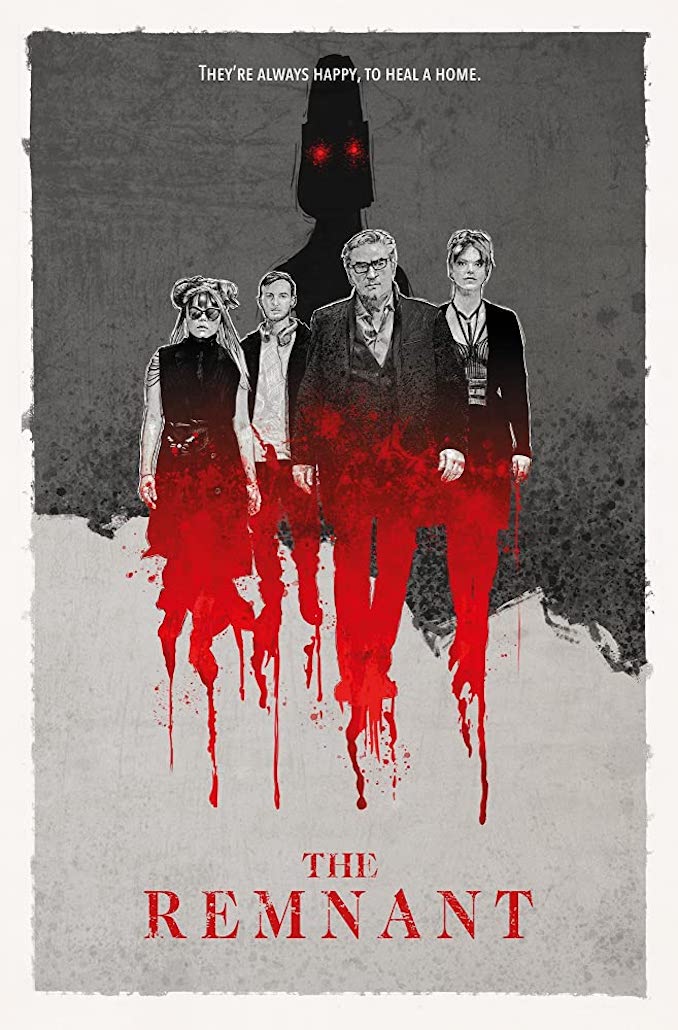 I love the gimmick in The Remnant: a team of con artists, posing as paranormal investigators, uses a fake haunting (think gusts of artificial wind, rigged chairs, spooky sound effects pumped through the walls) as cover to steal valuable art from the homes of Toronto’s wealthy and gullible. Little do they know… the home they picked this time is ACTUALLY haunted. WooooOOOOooooOOOO.

It’s silly. Of course it is. But the special effects are decent enough, and the cast – a selection of familiar Toronto faces including Peter Keleghan (The Newsroom, Slings and Arrows), Jennifer Dale (The Adjuster), and Grace Lynn Kung (currently appearing in CTV’s Transplant) – is clearly having fun with the material.

The best part of The Remnant is the moment when the fake haunting crosses over with the real one, surprising the con artists. A vase flies across the room, nearly injuring someone. A chair rocks back and forth. A window shatters. It makes for a fun game for the audience: which special effects are supposed to be “fake”, and which ones are the “actual” manifestations of a malevolent presence?

Unfortunately, the latter part of the short (it only runs about 15 minutes) is not quite as fun, devolving into some clumsier horror tropes, though still good for a shock or two.

At least this horror film ends with (no spoilers) the promise of a sequel, or – dare we dream – a hint at a broader Toronto Horror Cinematic Universe? I, for one, would love to see Paul Gross team up with Sandra Oh to fight some hockey-playing ice demons.

As it is so often the case with the makers of movie monsters, Steven Kostanski has always had sympathy for […]