Raina Krangle’s first foray into album release was in the late-2000’s for Raina’s Rainbow Party, a critically acclaimed children’s release that seamlessly blended her education as an elementary public school teacher and folk/rock artist.

For her work, Raina Krangle has won a Newmarket Songwriting Award, a University of Western Ontario Talent Contest, and was nominated for a Folk Music Ontario’s Colleen Peterson Songwriting Award and the Ontario Arts Council.

Her new single, “My Beautiful Dear” was recently selected as a finalist in the 2020 Blues & Roots Radio’s International Song Contest, and is the premiere single off her forthcoming album, Headbangers – A Musical Recovery From Mild Traumatic Brain Injury. 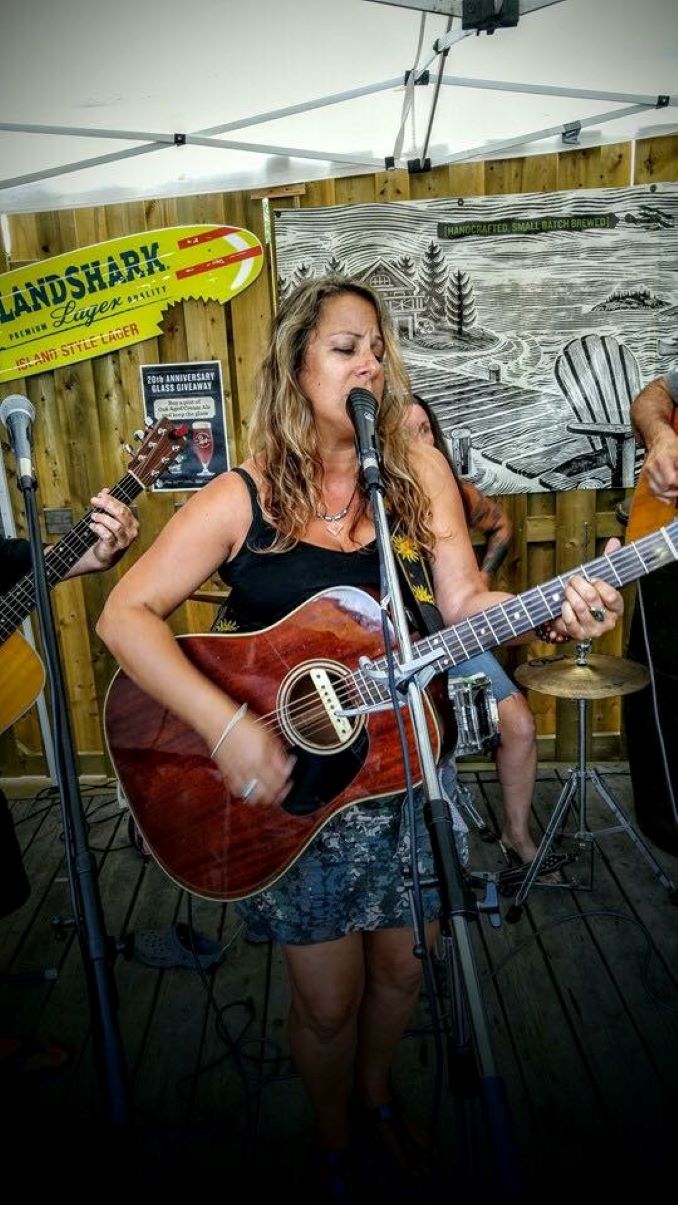 Le Papillion. I used to go there on Sundays for brunch with my family. They used to have 5 different flavoured maple syrup’s on the table but now you have to ask for the maple syrup. Their French onion soup is the best in the city and their crepes are never a disappointment!

That’s a hard one! I loved classic rock like The Band, CSNY, Grateful Dead & Led Zeppelin but I also loved dancing to the punk of New Order, Depeche Mode and Duran Duran. Solo artists like James Taylor, Cat Stevens, Bonnie Raitt, Sheryl Crow and Alanis Morissette made me want to sing even more!

Matt Anderson, Sarah Harmer, Blitzen Trapper, Heartless Bastards and Blackie and the Rodeo Kings- sorry can’t narrow it down to one.

I don’t know if this is a “guilty pleasure” song but it’s definitely one that’s not well known and it’s Michael Murphey’s “Nobody’s Gonna Tell Me How To Play My Music!”

I don’t really have a show ritual. I try to be relaxed and calm so I don’t get stage fright. I guess my ritual is to just smile, talk to the audience and breathe!

There are so many and I have lots of musical friends in the city but I would say Paul Reddick or Jerry Ledger are always a great time.

I love the Buddah Bowl from Fresh.

I do love Queen Street but I would say College street more. I grew up playing all my new songs at FreeTimes Café and I love Kensington close by and all the great eats up and down the street.

Well that’s a hard question. I like to walk through Trinity Bellwoods after eating some great butter chicken around the corner at Banjaara, but I have friends in Riverdale and we used to take our kids to the zoo and stop in at the local corner restaurant for their great fries or an ice cream. . I like to rollerblade down at the beaches to Kew Beach but I don’t often g to the gardens since I like being by the water. Would you believe I’ve only been to High Park once but very pretty!

I did a 13 song LP and I liked being able to share a longer journey of songs with my fans. I have now released 3 follow up singles to gear up for another LP.

I feel most at home in the studio although going on the road is fun to connect with new fan but it can be very stressful too.

All of my social medial links can be found on my website or linktree!

I just released a new single, “My Beautiful Dear” which was a finalist in the Blues and Roots Radio’s International Song Contest. The song came to me in a dream during my concussion recovery last April and it ended up being the love story of my parents -54 years together. It’s the precursor to my next album and artistic journal, “Headbangers—A Musical Recovery From Mild Traumatic Brain Injury,” which will include the 8 song odyssey I completed in just 5 months time.

The inviting harmonies of Wild Rivers provide a shimmering texture to the band’s new EP, Eighty-Eight. However, dedicated fans know […]

Name: Ansley Simpson Genre: Dream Folk Founded: Started 4 years ago # of Albums: 1 with my second one “She […]

Alexandra Babiak is a singer songwriter from Toronto, Ontario. Her songs are reflective and have an ethereal quality to them. […]