Some of us fondly remember the beloved children’s stories about Winnie-the-Pooh. Now the world of Christopher Robin, Pooh, and friends in A.A. Milne and E.H. Shepard’s tales are brought to life in the Royal Ontario Museum’s sweetest new and immersive exhibition, Winnie-the-Pooh: Exploring a Classic (September 1, 2020 to January 17, 2021). 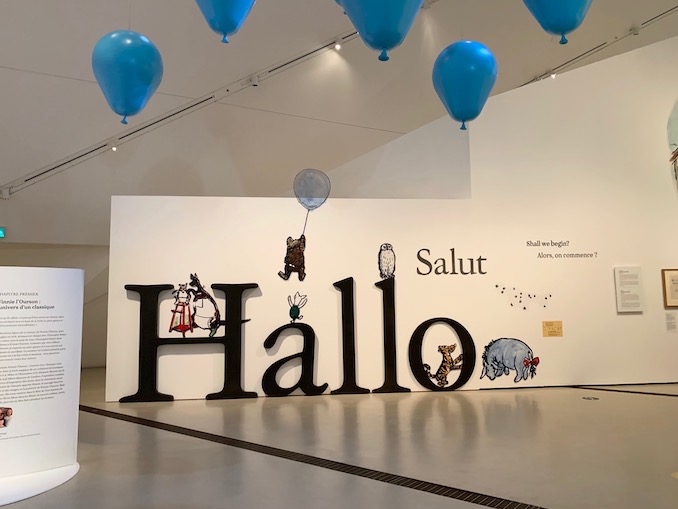 This delightful new exhibition originating from the Victoria and Albert Museum tells the story behind the story. Over 200 works are featured in this exhibition captures the art, culture and playful side of Winnie-the-Pooh’s 100-year history in a soothing environment. Also featured front and centre, is a wonderful piece of  Canadian history tied to the globally recognized adorable bear. Considered the second most globally recognized children’s character, next to Mickey Mouse, Winnie-the-Pooh has humble Canadian roots!

The exhibition is featured in six “Chapters” beginning with an introduction to the real black bear from White River, Ontario that inspired the story. Winnie, who was named after Winnipeg, Manitoba, was adopted by her caregiver, Veterinary Officer, Lieutenant Harry Colebourn. Winnie was eventually relocated to the London Zoo. Colebourn’s  WWI diary is on display as an introduction alongside the timeline that includes a photograph of young Christopher Robin visiting Winnie at the London Zoo. We interviewed Toronto-based Children’s book author Lindsay Mattick, great grand-daughter of Lieutenant Colebourne, about her family’s treasured association here. 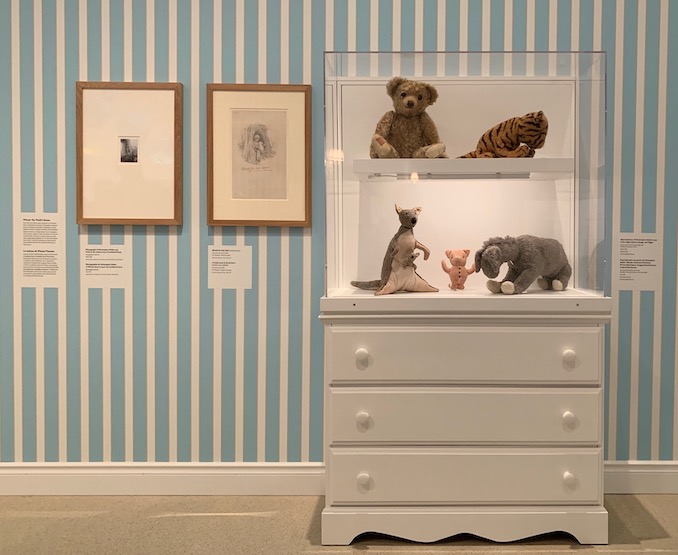 The Chapters in the exhibition continue with interactive spaces and features original sketches, photographs, hand-written notes, printer’s proofs, stuffed toys (including those used in the movie production), and other great memorabilia including various print editions and licensed goods. Dr. Julius Bryant, Keeper of Word and Image at the V&A Museum, tells us Winnie-the-Pooh’s global net worth is calculated to be worth more of the Queen of England. “According to Forbes, Winnie-the-Pooh also comes second to Mickey Mouse whose net worth is estimated at $6.3 Billion [Canadian].”

While the original exhibition at the V&A Museum was focused on the art and design aspects of A.A. Milne and E.H. Shepard to inspire visitors, the collaboration with the ROM invites families to share in the experiences and bring in a new audience. The space is designed for fans of Winnie-the-Pooh of all ages. “The show is designed to bring children and their families together,” said Dr. Julius Bryant, Keeper of Word and Image, Victoria & Albert Museum. “These books are not meant for children to be reading alone, they are very much meant to be read out loud. They are full of jokes. The exhibition encourages families to be together and we hope they continue when they go home.”

“There are also many social values in the books. We are talking so much about topics like climate change and tolerance. The characters in these books teach us about tolerance and the diversity through the characters. How they work together in the forest are big lessons not only for children but for adults alike,” said Dr. Bryant.

Aside from the treasured sketches and items on display, parents and caregivers are invited to interact with their children while exploring, reading, drawing and playing games in large scale spaces that fuels the imagination. Crawling into Eeyore’s house and sketching at the hunny dining table, and playing “Poohsticks” over a projected river are just a few of the highlights. 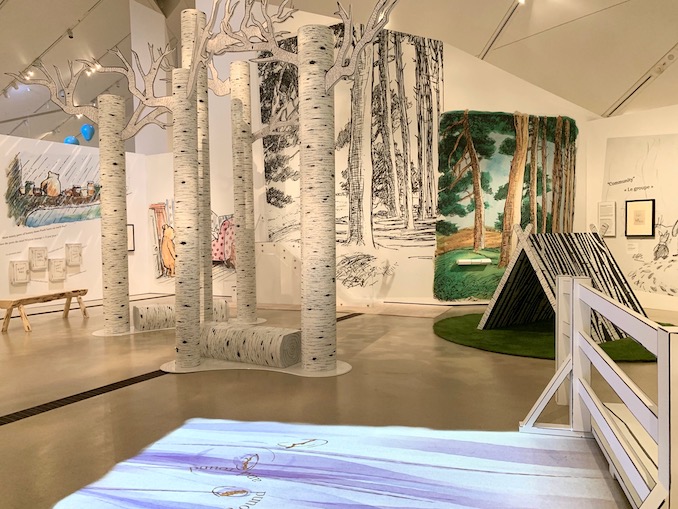 But it’s not just for kids! As an adult, revisiting the words and illustrations take on a different perspective and offer life lessons that continue to hold value in modern times. A. A. Milne and E.H. Shepard work were artforms are much needed reminders today. Their work was considered more of a partnership rather than separate talents of author and illustrator.

“It’s a name we can’t help but smile when we hear it. Winnie-The-Pooh’s story begins in the 1920s with Christopher Robin… But for Canadians it began 10 years before that,” said Dr. Justin Jennings, Presenting Curator, Winnie-the Pooh: Exploring a Classic, ROM.

This exhibition is about how this legend was born and the magical steps that brought Winnie-The-Pooh to where it is today. And yes, I went home with full intention to re-read the stories once again. 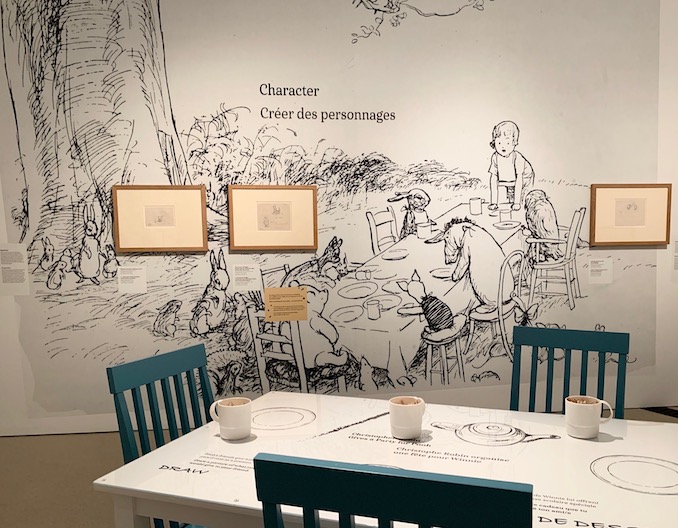 Entry to the Winnie-the-Pooh: Exploring a Classic is included with admission fees and memberships. For more information visit www.rom.on.ca

If you’re a frontline healthcare worker, we thank you from the bottom of our hearts. We recognize these are unusual […]

How to make the most of your TIFF 2019 experience