The famous “World’s Largest Rubber Duck” is returning for the 10th anniversary of the Redpath Waterfront Festival. “Mama Duck” is a six storey, 30,000 pound inflatable duck that first arrived at the festival in 2017.

More than 750,000 people attended the three-day event and it is estimated that $7.6 million in economic impact for the city of Toronto was generated by it. 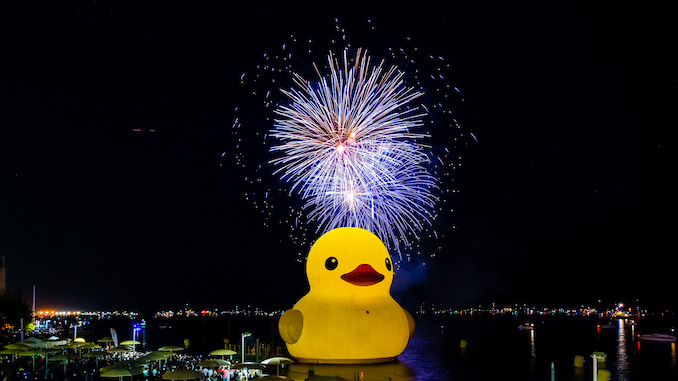 When the duck first arrived in Toronto, there was issue with the use of $120,000 government grants being used to fund the $200,000 showing of the art piece. Those concerns were shown to be unwarranted as the duck saw 750,000 attendees over the three-day event and it is estimated that $7.6 million in economic impact for the city of Toronto was generated by it.

“In a decade of programming the Redpath Waterfront Festival there has been no single attraction outside of the Tall Ships that has generated more attention or generated such strong visitor numbers,” said Kevin Currie, Chair of the Redpath Waterfront Festival. “In the years since, we have received countless comments and inquiries asking when the Duck will return. With our 10th anniversary this year, it was obvious that we needed to bring the Duck back to re-capture the magic and thank our visitors for their ongoing support of the festival.”

This year, grants will not be paying for the duck. Instead, the Redpath Waterfront Festival will cover the costs themselves through their operating budget. 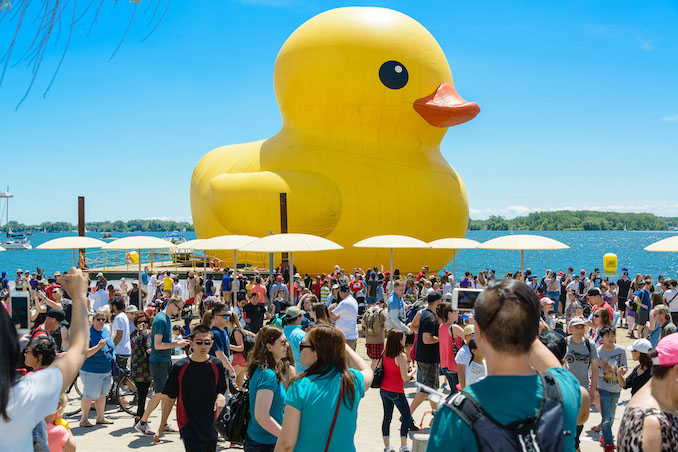 Key highlights from the 2017 Redpath Waterfront Festival as a result of Mama Duck:

1. Over 750,000 attendees over the three-day event
2. Total economic impact of 2017 Redpath Waterfront Festival estimated at $7.6M. Non-local
attendees and event operations resulted in approximately $10.6M of new spending.
3. Festival attracted visitors from many regions. 31% of attendees resided more than 40 km from
the event site and the festival had record visitors from the United States.
4. Local residents spent a total of $16.5M
5. 75% of visitors said the Duck was the main reason for them attending

The World’s Largest Rubber Duck has Arrived in Toronto

The world’s largest rubber duck that has been the centre of a political debate has arrived in Toronto, taking refuge […]