Raccoons, opossums, rats, and now coyotes seem to be taking over our alleyways, backyards, and public spaces here in the city. Urban wildlife has increased not just in Toronto, but around the world. While we may think of them as pests, scientists around the world are researching their place in society proving a different perspective. Nature’s Cleanup Crew, a one-hour documentary premiering on The Nature of Things (CBC) on January 31st, takes a look at how society’s most unwanted creatures are misunderstood and how they help eliminate enormous amounts of consumer waste in Toronto as well as other urban centres and around the world. Filmed in Toronto, US, Germany, Bulgaria, and Ethiopia, the filmmakers met with local and international wildlife experts who shed light on nature’s antiheroes. 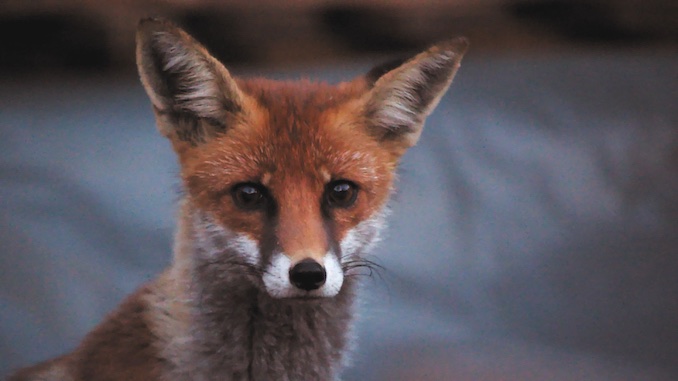 We had the opportunity to chat with Canadian Screen Award-winning Toronto-based director Robin Bicknell to learn more about this documentary.

What were some of the challenges you faced while filming this documentary?

RB: First of all, animals don’t read call sheets, or emails, or production schedules. They tend to do whatever they want whenever they want, so as a director and someone who is used to being in control, this was an adjustment. I learned how smart, savvy and aware animals are and how we aren’t fooling them for a second. I learned the art of patience and I’ve become enlightened about these unsung heroes and the many – sometimes quirky – contributions they make to our delicate ecosystem.

One of the most challenging shoots involved vultures in the bustling city of Addis Ababa, Ethiopia. Vultures fly miles around the city to feed on carrion at the city’s many abattoirs (slaughterhouses). People at the abattoirs rely on vultures to feed on the waste and quickly and efficiently clean it up – a win-win situation for all. It’s a system that’s been in place for thousands of years. There is a certain amount of fortitude one has to have to hang out in an abattoir, in 25-degree Celsius heat. I waited patiently for the birds to come, while sitting among bones, flesh, blood, offal, feces, blood and flies and I’ve gained a new appreciation for what I am willing to do to get a story. 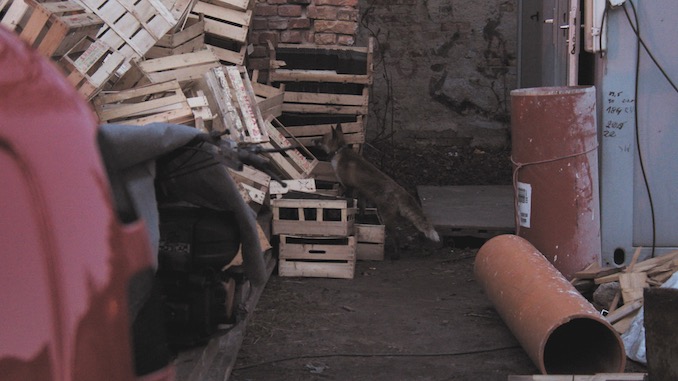 What wildlife behaviour was the most fascinating for you?

RB: I am in awe of vultures. Their ability to consume and eradicate pathogens and disease from the dead flesh they consume – and in doing so, protecting all other species in the delicate ecosystem from disease, is absolutely astounding. There is NO OTHER SPECIES on earth with this ability. I would love for the world to embrace the cause of endangered vultures with the same fervour they embrace baby seals, pandas and polar bears. Trust me, if vultures disappear, we will feel it in a very dramatic way.

I also find it fascinating that ant colonies are essentially run, operated, protected and fed by females. The males exist solely to procreate…then they die. Every time you look down at the pavement and avoid a marching line of ants, they are female. E. O Wilson, the famous biologist, wrote “Humans send their young men to war… ants send their grandmas.” 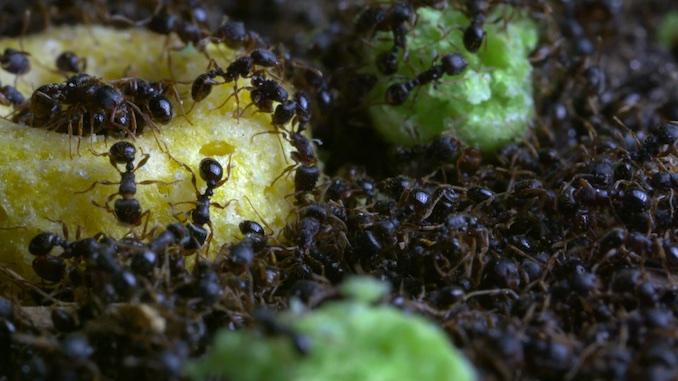 The scientists and researchers in this documentary who study urban wildlife, can you tell us about them?

RB: We reached out to the world’s pre-eminent experts for each particular species we studied – vultures, foxes, opossums and ants. They were very instrumental in helping us craft, research and film the documentary. They are truly tireless and passionate advocates for urban wildlife. I’m blessed to have had the chance to work with them.

Any personal misconceptions about urban wildlife changed after working on this documentary?

RB: I can safely say that prior to making this film, I had what I think is a very typical “us and them” mentality. Cities, I felt, are for humans. We build them. We live in them. “Pests” are not welcome. Since making the film, I would say I have a new sense of empathy for the wildlife that lives among us – and a sense of gratitude. First of all, who are we to claim this space as our own? Creatures lived on the land before cities existed. As cities encroach on their natural habitats, they are adapting, and in some cases, even thriving in urban centres. Further, they have a positive environmental impact in that they help us by eating our waste and cleaning up our messes. Not only should they be tolerated, they should be celebrated. 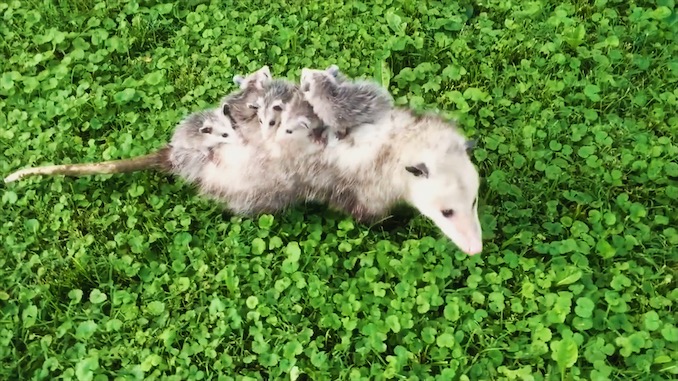 ..any final thoughts for us?

RB: Please think twice about stomping on an ant, screaming hysterically at an opossum, being fearful of a fox, or ignoring the plight of the critically endangered vulture. We are all far better off working with them vs. against them.

Nature’s Cleanup Crew, premieres on The Nature of Things, Friday, January 31 at 9 p.m. on CBC and the free CBC Gem streaming service.

Sort Of Amazing | CBC’s Hit Show Is Back!

After having such a well-received first season, it’s fair to say there are high expectations for Sort Of season two. […]

In 2015, Emily Ward and Jess Hunichen had just started to pick up traction with their newly-formed public relations company, […]

In 2013, Scott Jones was attacked in a small town in Nova Scotia for being gay, an attack that resulted […]