We visited with the Toronto Wolfpack Rugby League Football Club today at Lamport Stadium to watch their practice before Saturday’s game against Halifax R.L.F.C.. 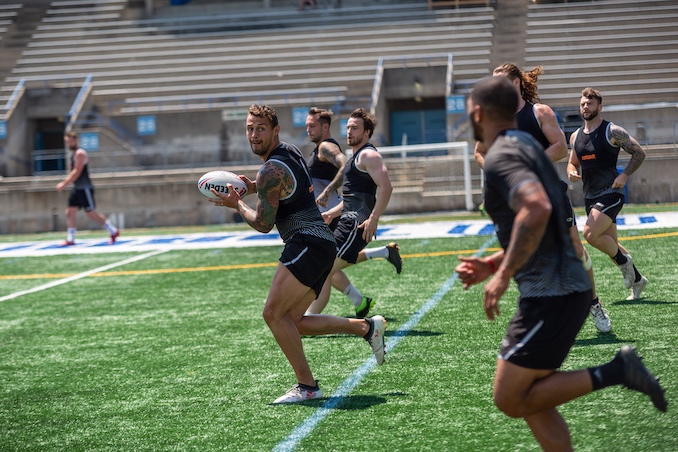 The team recently returned from an away game in England where they defeated the Batley Bulldogs 40-10 on Sunday, June 30th. After that game, the Wolfpack’s season record stands at 18-1 with 36 points, keeping them in first place in the Betfred Championship.

The Wolfpack home games have seen a steady rise in their attendance and popularity. Now in its 3rd season, the Wolfpack’s first few home games were near the capacity of 10,000, making the first sell-out of the team’s history a possibility this year. The largest crowd of the season last year was the final game. 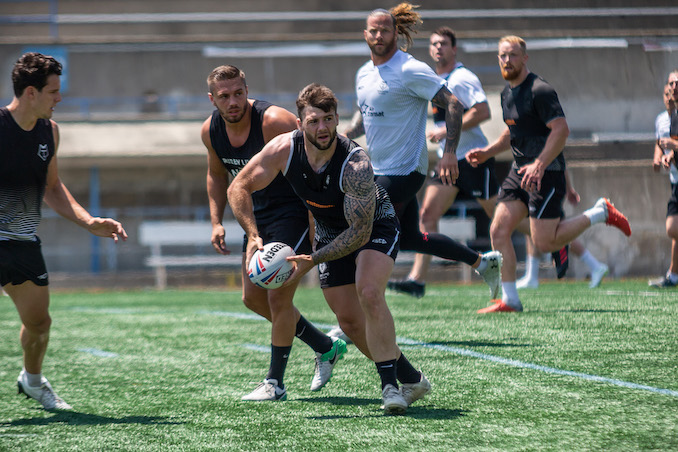 The team hopes to move on up to Super League next year, a feat that they failed to do the previous year due to a loss in the Million Pound Game, a game that decides who goes up and who goes down from the 4th and 5th positions after a playoff series at the end of the season with the top 4 from Betfred Championship and the bottom 4 from Super League.

This year, a more traditional style playoff series will decide who goes up, giving Toronto the advantage if they can keep their position as the team with the best record.

For regulars to the game, you will be glad to learn that the scoreboard at Lamport has finally been replaced. No more guessing the score from a series of blinking lights! 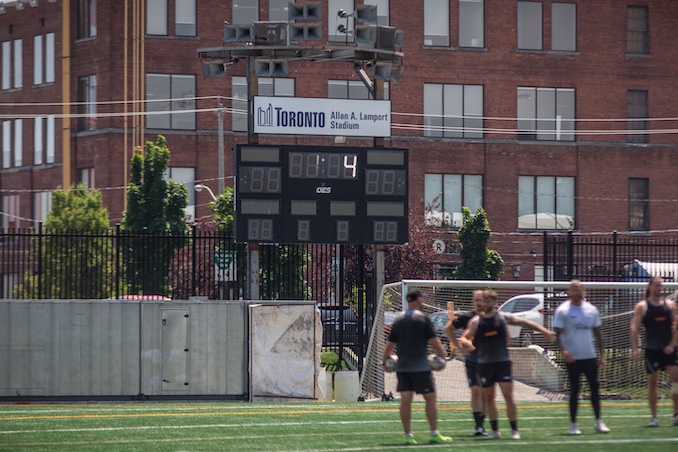 It is also Superhero Day at the Den on July 6th and Kids Go Free! The Pack has teamed up with GTA First Responders to show their appreciation for the men and women of the GTA who dedicate their lives in service to others

Are you interested in attending one of the upcoming games? We have some tickets for our readers.

4. Tweet with your favourite player or the game you wish to attend. Mention @TOwolfpack and TorGuardian

The Toronto Wolfpack (@TOwolfpack) are back home in #Toronto for back-to-back Saturday games. Regulars will be glad to hear that the scoreboard has been completely replaced!#CONTEST: Interested in tickets? We have some to give to our readers.https://t.co/2NHgOeDSdn

This summer Red Bull is bringing together creativity and athletics, in a fusion known as the Red Bull Street Style […]