The Canadian Sport Film Festival prepares for their highly anticipated 9th instalment that will take place on June 9th, to the 11th, at the TIFF Bell Lightbox. 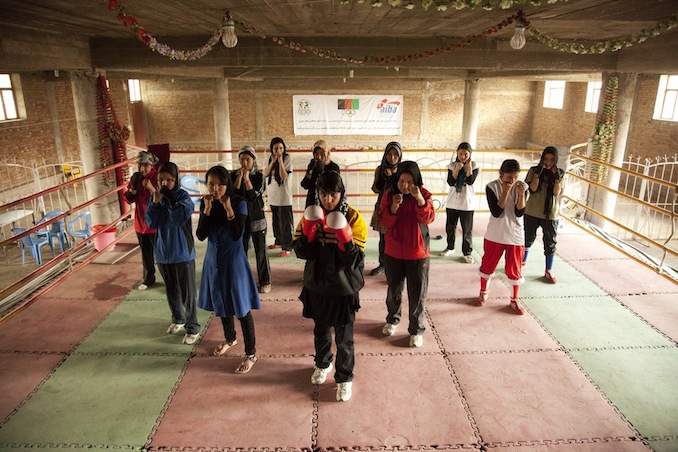 The CSFF will be screening 23 different films with an expansive variety of topics and stories, ranging from feature and short-length films, to documentaries and animations, all with a common thread: the power and importance of sports in the everyday lives of people of all creeds and colours, and its power in shaping those identities. To watch the trailer for this years CSFF, click below!

The festival will be opened by the film Keepers of the Game, the story of an all-Native girl’s Lacrosse team with aspirations of being the first Native Women’s team to win a Section Championship. Directed by Emmy-winner Judd Ehrlich The film tells the tale of a team of girls who strive to break ground for the Native women to come after them, all while trying to honour the very traditions on which the game was founded upon. Watch the trailer below!

Alongside Keepers of the Game, there will be the world premier of the film Kuklos, and The Crossing.

Attendees of the festival will have a chance to see how rugby changed the lives of a small group of Kiwi farmers, all while showcasing the development of masculinity through the rites and passages that come with being in a New Zealand rugby team in The Ground We Won. The trailer is as below!:

The festival will even illustrate the stories of the war-torn basketball courts of Turkey in Baglar. The festival aims to portray the value of sports all around the world and how they individually cultivate a sense of identity in peoples around the world. The trailer for Baglar is below!:

Russell Field, CSFF Executive Director says, “We’re proud to be presenting a diverse programming lineup that continues to uphold the Canadian Sport Film Festival’s mandate of educating, engaging, and entertaining through sport in film.” He explains that “these films draw our attention beyond the podiums and award-ceremonies, we’re reminded of the unique, challenging, and passionate human stories that relate to the games we play, and in many cases, remind us why we play them.”

○ Crossing the Line
○ Keepers of the Game

For times and tickets to the shows, please click right here!

Tickets have been available since May 10th, so make sure you get your tickets quickly if you want to attend any of them! This is a highly anticipated event, so don’t wait for it to sell out!

About Canadian Sport Film Festival
The telling’s of vulnerable, passionate stories about people and their relationships to sports is brought to you by the Canadian Sport Film Festival. The CSFF tries its best to showcase diversity in film and filmmakers by including international films to portray the stories of those that often go unheard. The CSFF aims to engage Canadians in these uplifting stories and in doing so, hopes to encourage Canadians to achieve health of the body and of the mind.

The parking lot at 20 Polson Pier, across from REBEL Nightclub, will now host the CityView Drive-In, the latest venture […]

On June 27th, Toronto’s IncluCity Festival screened the Canadian premiere of Marcel the Shell with Shoes On, the inexplicably feature-length […]

“A Day in the Life” with Toronto filmmaker Scott Drucker

Scott Drucker is a documentary filmmaker based in Toronto. He currently works for FCB, where he has created two award-winning […]