Severn Thompson has the rare luxury of directing a major theatre production for Shakespeare in High Park, a short bike ride away from home. A graduate of the National Theatre School and the daughter of actor Anne Anglin and director Paul Thompson, she grew up in The Beaches but headed to the west end over 15 years ago.

Soon to graduate from York University in the MFA Directing program, she has been working extensively as a director the last number of years including the Dora award winning Peter Pan, which played in breweries all over the city and returns again to Soulpepper Theatre near Christmas. Severn is Associate Artistic Director at the Blyth Festival where she has directed a number of plays, including the hit show The Pigeon King which just finished a run at The National Arts Centre in Ottawa and featured a cast recording.

Before her directing career took flight Severn worked a number of seasons as an actor with The Shaw Festival company as well as at The Stratford Festival where she played the role of Portia in The Merchant of Venice on The Festival stage. Fans of the show HELIX which premiered on SyFy will remember her as Sister Anne, but you may have also seen her on shows like Murdoch Mysteries, Hannibal, Defiance, Rookie Blue, Saving Hope and Ransom to name but a few. 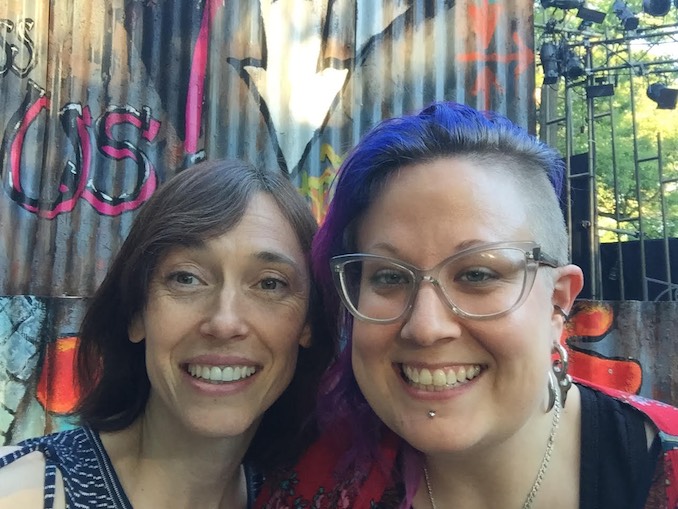 I work as a theatre director, actor, writer and teacher and hope it’s not too late to learn a musical instrument.

Come out on any Tuesday, Thursday or Saturday evening this summer (beginning on July 4th) to see Measure for Measure or Wednesday, Friday or Sunday evening to see Much Ado About Nothing directed by the talented Liza Balkan. The shows start at 8pm but come early with a picnic to get a good seat.

“A Day in the Life” with Toronto Writer Naomi Boshari

Naomi Boshari’s artistic journey has been one that embraces vulnerability. Born and raised in Toronto, she has been writing since […]

“A Day in The Life” with Writer and Movement Specialist, Danielle Kaplan

Danielle Kaplan is married to Stephen Kaplan and has two adult children Josh and Gabi. Josh lives with his partner […]