“Chris Readshaw is a rarity in today’s music scene, as he’s not “selling” anything but the truth. His songs are beautifully crafted from honesty, with a vocal authenticity to match. As both a trained musician, and vocalist- Chris delivers the one thing there is in fact no training for- and that is his ability to transport and move his audiences by one thing only- himself.” – Marla Joy

Born in Toronto and growing up in Oakville, music was a permanent fixture in the Readshaw household. Chris grazed on and found himself connecting to a variety of music genres from an early age, never isolating his listening habits and always searching for sounds and lyrics that resonated with him.

Chris’s writing journey began almost fortuitously. Around the age of 14, he would find himself aimlessly writing lyrics in his notebooks, napkins, or anything that was available. The evolution from songwriter to singer-songwriter progressed slowly and it wasn’t until his early 20s that Chris found his voice and fell in love with performing. He released his first EP ‘Miles’ in 2013 and subsequently began playing live solo shows across the GTA.

As a solo acoustic performer, Chris has found a niche in the art of looping, lending him the freedom to create a unique sound that lends itself to that of a “one man band”.

Today, Chris’ focus is centred around producing his first LP while continuing to enhance/elevate his live performances to create music that leaves his audience wanting more. 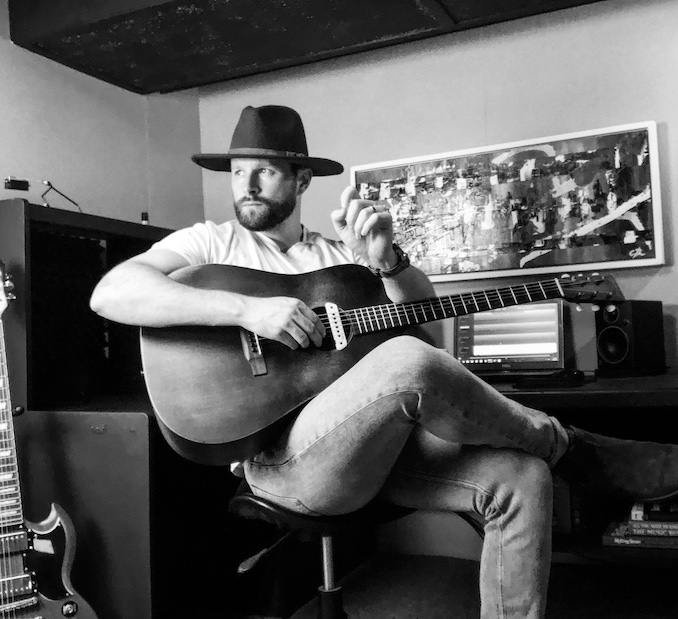 Arrive an hour before, set up, have a beer with friends until show time.

EP, never had the opportunity for an LP. Hoping to change my mind one day!

Swizzy all the way

I’ll be featuring in Faculty of Sound on Thursday May 23rd at Jam Factory but stay tuned for upcoming shows in the Oakville Burlington area via website/Instagram.

In the past four years, Canadian singer-songwriter Sean Bertram has released his debut album (The Right Place, 2018), graduated at […]

Jordan Armstrong is a music educator, multi-instrumentalist and composer. She is the musical director of the Second City in Toronto […]