Bailey Jordan-Neil now resides in Toronto, ON, but this young singer-songwriter grew up in Pasadena, Newfoundland. His goal is to write and perform to share his music with the world.

Since he was fourteen years old, he has wanted to pursue music. He taught himself to play guitar after seeing a video of Ed Sheeran and wrote his first song for a high school assignment. Eventually, he moved on to become a full time songwriter. He has a strong work ethic accompanied by an intense focus on honing all aspects of his craft.

Combining his voice and guitar with looping to create dense layers of sound, he crafts original songs that are honest and highly personal.  These are pop songs, with strong rhythmic drive, supporting a vocal style that swoops and soars.
​
Bailey just turned twenty, but in the short few years of his career, he has already performed twice at The Gathering, an annual event organized by comic Shaun Majumder in Burlington, in MusicNL’s awards showcases, on the main stage at the Newfoundland and Labrador Folk Festival and for audiences in local pubs and bars, has been among the winners of the 2017 MusicNL Rising Star awards and a finalist in Sing NL.  In Toronto you can hear him at many of the open mics and he has played in several of the clubs/bars in the city. He continues to perform, at every local opportunity, and his songwriting skills continue to grow.

Bailey has just released his first single LUCKY with producer Rob Wells and hopes to reach a wider, national audience.   Another single an EP are set for release this summer. 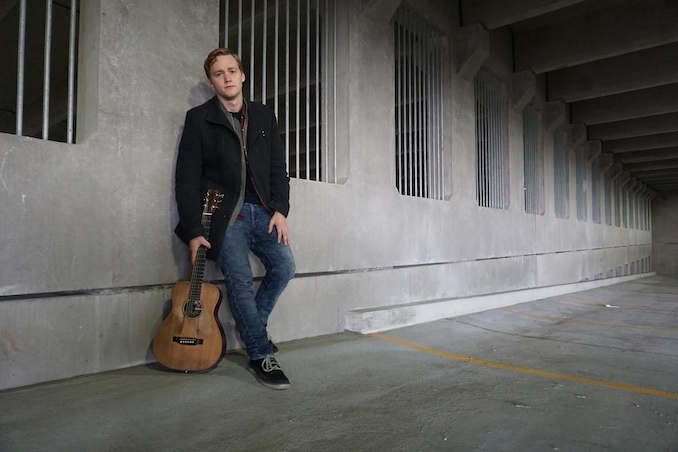 anything by Sam Smith

It’s Who I Am: Bailey Jordan-Neil

For emerging Toronto singer/songwriter, Bailey Jordan-Neil, music was never really a choice. It’s who he was. Growing up in Pasadena, […]