Toronto based indie-rock quartet, The Fame, were born from online ads, and unlikely situations, proudly echoing the sounds of the 90’s, and 00’s rock scene. They are rapidly propelling a new wave of guitar-based indie music forward.

Their raw rock songs recall the sounds of Oasis, White Stripes, Nirvana, Smashing Pumpkins, The Strokes, and The Velvet Underground. Combining elegant, and memorable Beatle-esque melodies with an unhinged grit, & tenacity is what makes this band who they are.

Their debut EP, produced by famed Canadian music producer, Brian Moncarz (Our Lady Peace, Moneen, Circa Survive etc.) is set for release in mid-2019. In the meantime the band will drop a series of singles, which started in November 2018 with the release of their debut single ‘Wide Awake’.

After a sold out hometown show, lots of press coverage, and acquiring more than 4,000+ monthly listeners on streaming services from one single, they have just released their follow up and their second single, ‘Cherry Lipstick’. 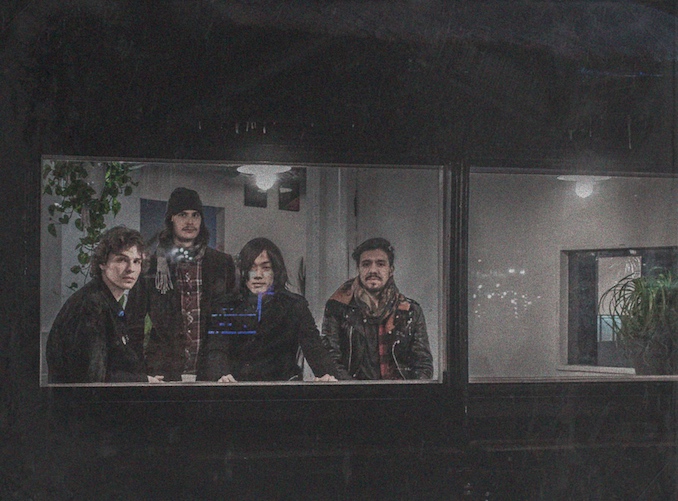 Still all of the previously mentioned bands.

LP (Even though we haven’t released one yet…

Our debut EP will be coming out sometime in May or June (TBA), and we will be playing at the Horseshoe Tavern, Wednesday May 15th opening up for UK band ‘Pretty Vicious’ at 9:45pm.

“Five Minutes With” Toronto rock band From Within Rocks