Lennox Campbell-Berzins is a songwriter, composer, producer, and multi-instrumentalist based out of Toronto, Ontario. He has performed and recorded in a variety of genres and on various instruments over the years and is the front man of local projects Ruby Cikada and Broken Wolves.

Lennox C.B. is the project title for his solo album work, beginning with his new debut release, “Night Light”, a dream/psych pop album. 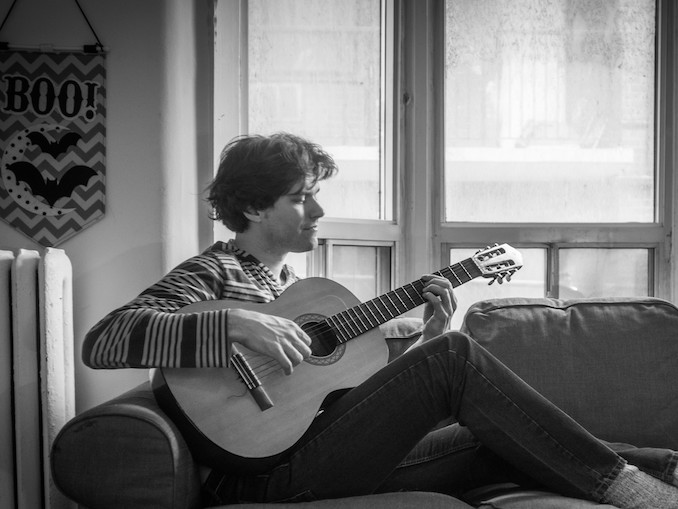 Latest Video: No videos yet but perhaps in the near future!

Latest Single: “She Gets Me High”.

I’m a regular at Amico’s Pizza in Parkdale, but I also love Mother India – pizza or roti? Today I’m feeling roti so I might have to say Mother India!

Tough one! Somewhere between The Beatles and Weezer.

Currently would have to say Beach House, which has also been a major influence for the recent record.

“Bird is the Word” but the Ramones version. Classic.

Probably have to say Kaleidoscope Horse, I aim to make it to every show I can attend in town.

Beacause I live in Parkdale, I would have to say Queen street, but that’s a hard one.

High Park, so many trails.

LP, I’m a big fan of the long-form medium.

Night owl for sure – been trying to do the early bird but gets eaten up by the late night surges.

I actually have never been on the road really yet but would love to tour one day. For now I’ll have to say the studio as I know it best and it’s where you usually (hopefully) have the most control over your sound.

No shows as of yet, but I am intending on releasing a second follow up album this year if I play my cards right!

Favours is made up of Jacq Andrade and Alex Zen. They released their first LP “Made to Wait” in 2020. […]