Just in time for #GivingTuesday, we chatted with the representatives over at The Schizophrenia Society of Ontario about all that they do to help support those who suffer from the disease and their families. The organization also puts a lot of work into general awareness campaigns which leads to more research and more support systems for those affected. 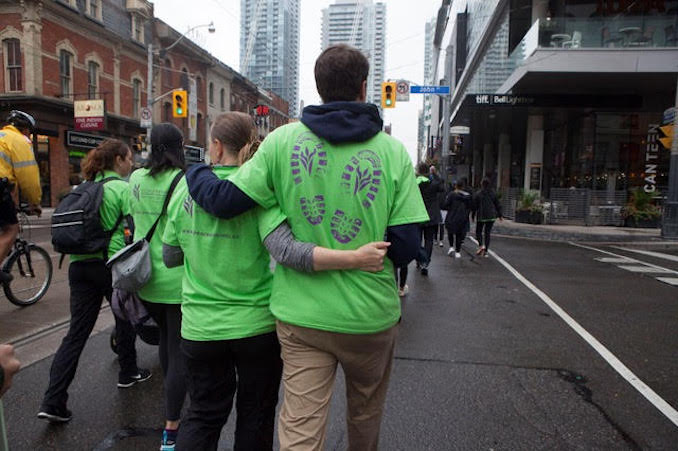 The Schizophrenia Society of Ontario, SSO, is the province’s charity for schizophrenia and psychosis, not only for those living with the illness but for their families and caregivers too. For almost 40 years, SSO has delivered the supports and programs that help individuals, families and communities impacted by schizophrenia and psychosis; from counselling to system navigation (i.e. connecting people to health professionals and resources), to raising awareness, advocating on important issues, and providing  education. In this time, SSO has remained committed to realizing change and creating impact for one of the most misunderstood and misrepresented mental illnesses. As we look ahead to the future of mental health and mental illness, SSO is charting a path that will see us exploring the potential and added value we can bring within other sectors and industry to actively address new and responsive models and services for helping and supporting people and society.

Schizophrenia is a complex mental illness that usually begins in early adult years, typically but not always between the ages of 16 and 24. The symptoms of schizophrenia can be confusing to those who are experiencing it, but also to those who are caring for them. This confusion is often compounded by a fear of opening up and talking about these symptoms, which can include hallucinations, delusions, disorganized speech and feeling withdrawn. The best chances at the best possible outcome for someone experiencing the symptoms of schizophrenia and psychosis is early intervention and treatment. What we work against in this regard, are society’s assumptions about what the illness is and the stigma that unfortunately, makes getting help challenging for people, in addition to making sure the right supports are available. 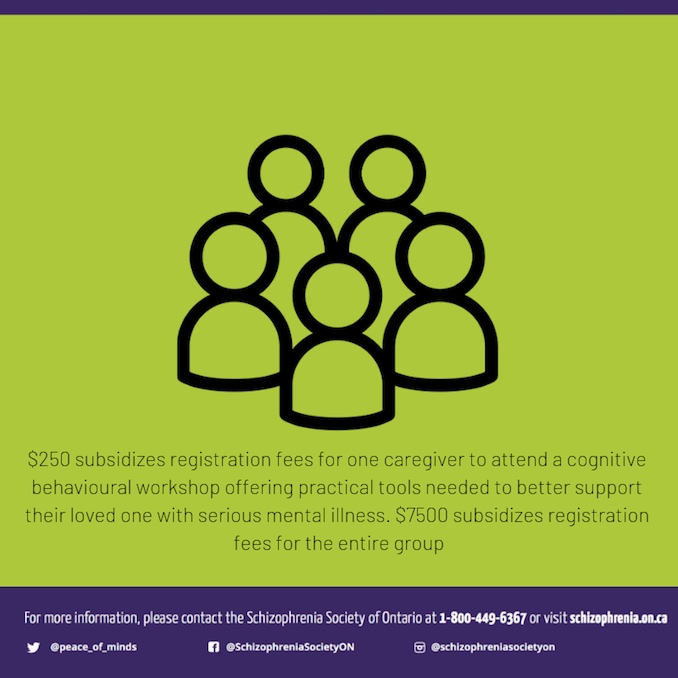 As someone who has worked in health and community care for over 30 years in Ontario, I’ve gained some insight into what works and what doesn’t in terms of getting people the care they need. I’ve talked to countless people and families who often struggle with the same issues – access to the right help. In the mental health system, and especially in schizophrenia, I saw that a lot more could be done for people in Ontario who were living with this mental illness, and those trying to help them cope. I have always had a passion for building a health care system that is more responsive, and that actually improves the quality of life for people who are looking for help. Through SSO we have been able to influence change, and I am proud of that. I also think as I look ahead, that there is still some uncovered potential in other sectors and industries outside of the mental health system that can actually inspire us to take different avenues to further change.

There was very limited discussion regarding mental health and even more regarding mental illness.  Volunteers and caregivers were the biggest providers of support to those living with chronic mental illness.  Schizophrenia was often discussed and addressed amongst those who lived it and experienced it on a daily basis.  There was limited understanding of potential and the importance of establishing a good quality of life.

One great thing that I’ve noticed is that the conversation around mental health has opened up significantly in the last few years. I don’t think we have ever witnessed a time where people are so willing to talk about their own personal mental health issues and where society as a whole has been more tolerant and accepting. What I would like to see is for that conversation to be fully inclusive, not only of mental illnesses like anxiety and depression, but also of serious mental illnesses within the spectrum of psychosis, like schizophrenia. What has also changed, which makes this inclusivity even more pressing, is the legalization of cannabis and the known correlation between predisposition to mental illnesses like schizophrenia, risk of psychosis, and the frequent use of cannabis. I think it is critical that schizophrenia and psychosis be part of this movement of acceptance when it comes to mental illness, and recognizing the impact that persistent misrepresentation of the illness can have on people living with it. 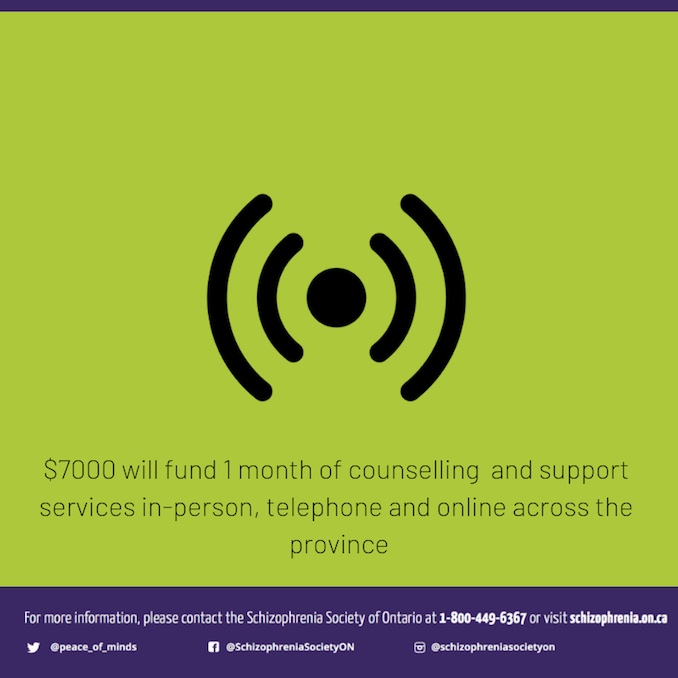 We have worked tirelessly for decades to advocate for more support across the system, not only through treatment and the availability of services, but through available housing, education, employment and community engagement opportunities. I think funding is one part of the equation, but we also need to look at what solutions currently exist and are working, and how we can advance some of these more broadly.

We also need to recognize that individuals and families living with this illness need to be able to ask for the help they need without the fear of judgement. I think that is why they come to SSO, and to our programs like Recovery in Action and Strengthening Families Together. They are places and groups where they can access the information, tools and supports they need to come to terms with the illness and find ways of empowering themselves in the challenge. I think access to treatment, supports coupled with living without stigma are vital to building resilience with this illness.

We are a small charity addressing the needs of those who are living with an often misunderstood chronic mental illness, and the challenges that come with this for both us but especially our clients, can be overwhelming. We run programs and services that many of the people we serve come to rely upon, and we fill a gap in the community where there aren’t many places to go for support. We are always looking for the financial or voluntary, in-kind support that helps us keep or programs and services, as well as our general operations going. Beyond this, and as mental health becomes a priority for many people, communities and organizations, that we keep in mind the importance of inclusivity, and the importance for schizophrenia and psychosis to be at the discussion table when decisions are  made about how we can better support our collective mental health. SSO will continue to play an important part in this, and we would benefit from the support of people across the province and country to help us advance this work further. 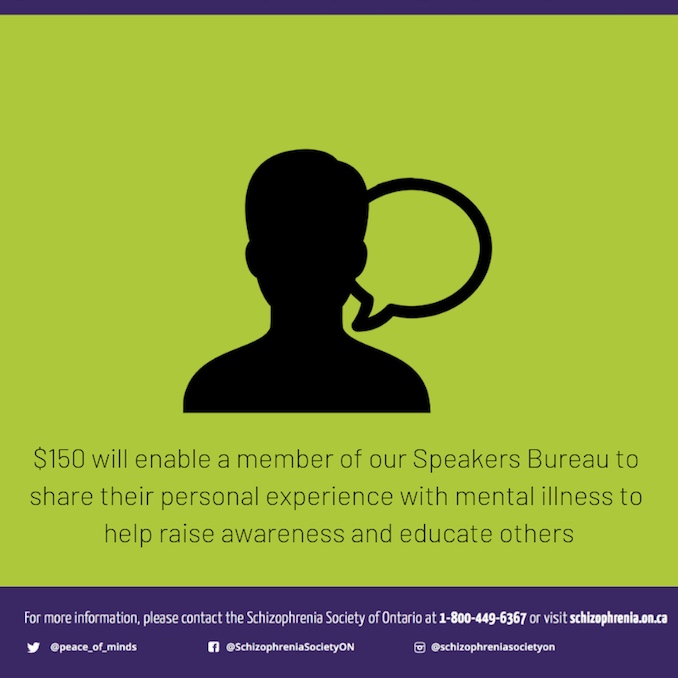 SSO has two major events every year, our annual Hole Out for Hope golf tournament in May and our Peace of Minds walk in September/October in communities across Ontario. Each year our community of supporters, volunteers and donors come out to both raise the money we need for schizophrenia and psychosis programs and services and also to raise awareness about the illness. Outside of our two major events, we benefit tremendously from third-party events where our supporters help take on the fundraising and awareness for schizophrenia on their own time and through their own efforts. We are also looking at introducing a few smaller events in 2019, so definitely some things to look forward to in the new year.

For social media, you can find us at:

The Holiday Nights of Lights drive-through was “An immersive experience like none other, featuring more than 1,000,000 LED lights animated […]

For our latest featured charitable choice, we spoke with Kim Duffy, founder of the charity WaterStone Foundation, about her work […]