With marijuana being legalized in Canada in 2018, you need to understand all new rules and regulations for drivers so that you don’t get charged with impaired driving. While there may be some significant differences in the way police deal with drunk driving and cannabis-impaired driving, most court systems will hand down similar penalties for both offenses. 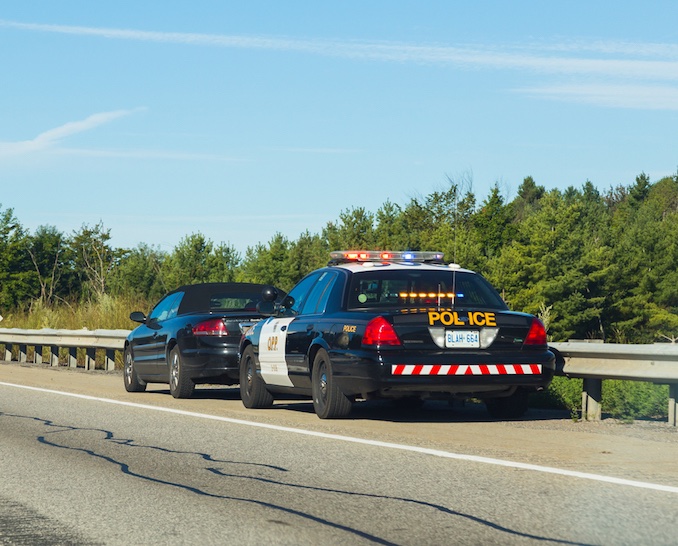 For example, if you’ve been arrested for driving while under the influence of marijuana, you can expect the consequences to include fines, a license suspension, probation, a drug and alcohol awareness class, and jail time.

However, for you to be convicted, the crown must prove beyond reasonable doubt that:

If the police suspect that you’re impaired, they are allowed to demand that you perform the standard field sobriety test to enable them to decide whether further testing for the presence of drugs is necessary.

1.    What are the New Legal Limits for Drugged Driving?

The federal government has issued a draft of its proposed drug concentration levels. However, the new rules do not offer any guidance as to how much cannabis it would take before the proposed levels would be exceeded. The government states that it cannot give drivers guidance on how long they should wait before operating a motor vehicle, train, boat or aircraft after consuming cannabis. The government also says that the safest approach for anybody consuming marijuana is to avoid mixing their consumption with driving.

Drivers caught with more than 2 nanograms of THC per milliliter of blood, but less than 5 nanograms would be considered impaired under the proposed summary offense, attracting a maximum fine of $ 1,000.

2.    What if You Get Caught Driving Under Influence?

The best thing you can do if you’re pulled over while driving under the influence is to cooperate with the police and comply with the law. You must take a field sobriety test when the police demand one. If you refuse to do the test, they may charge you with obstruction or failure to comply with a demand, which might make your case harder to defend.

If the police arrest and charge you with driving under the influence, you will be given documents instructing you to go to a police station for fingerprinting and to appear in court. Make sure you comply and remember to write down everything that happened. The detailed statement will assist your criminal defense lawyer to pinpoint possible defenses.

Do not be ashamed or afraid to talk to your lawyer if you struggle with substance abuse or alcohol dependency. The charges may have been caused by an ongoing struggle with drug or alcohol addiction and this will make it easier for your lawyer to defend your case. You may be eligible for a curative discharge if you express willingness to take significant and positive steps to address your problem. A curative discharge will not only help you evade a criminal record but also assist you to apply for the discharge, and help you address and overcome the addiction.

3.    What if You were Under the Influence and Got into a Car Accident?

If you’ve been arrested and charged with impaired driving causing bodily harm to another person, you’re liable to imprisonment for a term of not more than 10 years. Also, if you’re involved in an impaired driving causing the death of another person and you’re found guilty, you’re liable to imprisonment for life. In case you’ve been involved in a road accident, just write down everything that happened in as much detail as possible, this will help your lawyer to identify possible defenses.

Do not delay in hiring a lawyer. Some people wait too long to choose a lawyer resulting in their cases been adjourned. This will only prolong the period you have to live facing a criminal charge which may affect your life. If you were injured in a car accident caused by an impaired driver, immediately call your personal injury lawyer so that he can start working on your case.

Marijuana, like alcohol, impairs the psychomotor skills necessary for safe driving. Do not take any drugs or alcohol before driving; not only do you possibly put yourself at risk, but your passengers and pedestrians, and other drivers on the road around you as well.

If you choose to make a wrong decision, it is important to understand the applicable laws, rules, and procedures. By knowing what will happen after the police arrest and charge you with this type of offense, you can take swift and decisive action to protect your future.