I have been a part of many musical projects over the past 9 years. Currently I am playing guitar in a metal band called “In The Act Of Violence”, we are very active on the Ontario live scene and we are putting together a new studio album (which will be the band’s 7th release). In this past year I released “The Somber City”, which is a really ethereal acoustic/ambient style of music that I am quite proud of. I am also working with Godsent on our second album. It would be hard to put my music in a specific category at this point; I do anything from acoustic and blues to all out death metal. In the end I just love music, and I want to make it for a very long time.

Probably “Ours” by Taylor Swift. I’m by no means a Swift fan, but my wife sings this song to me all the time and I can’t say I mind.

A shot of whiskey and a beer.

Oh geez… I play for a band called In The Act of Violence now and I really dig what they do. Then there’s my friend Alex McCulloch who is super talented, you can hear her sing on my latest single or on her album “A Strange Sense of Humour”. 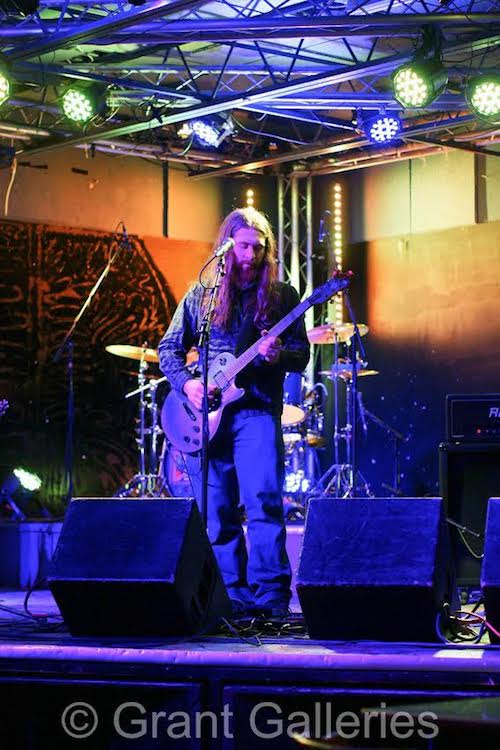 I’d have to say a superfood salad from Fresh, I’m a bit of a health nut.

Up until a little while ago I would have said LP, but I think there is a beauty in EPs being little snapshots of time. Besides, on a local music level you don’t need more than an EPs worth of material for a live set, especially if it isn’t your first release.

Early bird recently, I love the calm of the morning and the peace of mind I can reach before my friends and family wake up.

Studio, as much as I enjoy playing live, the studio allows me endless freedom to create and experiment.

Listen to more music by Peter Shannon on his Reverbnation page.

“Five Minutes With” Toronto rock band From Within Rocks