The King Edward Hotel was the first luxury hotel in Toronto built in 1903. It was a sought after destination for dignitaries, celebrities and socialites as well as global travellers. Affectionately known as “the King Eddy” has had more than it’s fair share of iconic moments in the city’s history and we reminisced about the hotel’s fascinating past as they recently unveiled the newly restored Crystal Ballroom. 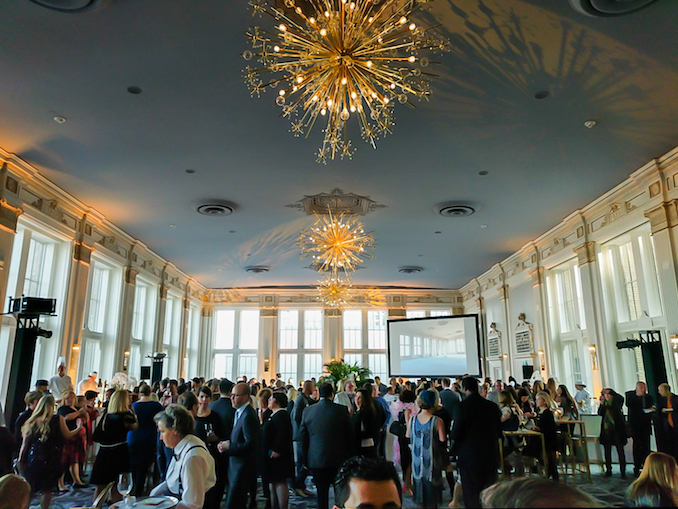 It was at this hotel when, back in 1964, the city went into a frenzy when Richard Burton and Elizabeth Taylor’s love affair settled into a five-room suite on the eighth floor while Burton’s Hamlet was on stage at nearby O’Keefe Centre (now Sony Centre).

The Beatles stayed at the King Eddy three times during their North American Tour between 1964 and 1966. They too stayed in the Royal Suite on the 8th floor…which they were charged $85 a night at that time. Then a few years later, John Lennon and Yoko Ono descended on the hotel and gave a press conference while in bed on May 25, 1969 and spoke to the media. From there they went on to Montreal where they staged their famous eight-day “love in” that was an extension of their ‘War is Over’ peace campaign.

Set up on the 17th floor of the hotel, the Crystal Ballroom was built as part of the property’s expansion in the roaring 20’s. At that time, the King Eddy was Canada’s largest hotel. The Crystal Ballroom was the epicentre for grandeur and became the place to be if you were part of that social scene. It was where extravagant  galas and society’s elite would host and attend events. Big bands that played at that time included Duke Ellington, Tommy Dorsey, and Benny Goodman.

The Crystal Ballroom was the choice venue for many big events from the 1920s until 1970s. Then it shuttered it’s grande doors and pretty much remained untouched during that time. The Ballroom was restricted to movie, television and magazine shoot access that was sought after for it’s historical backdrop. 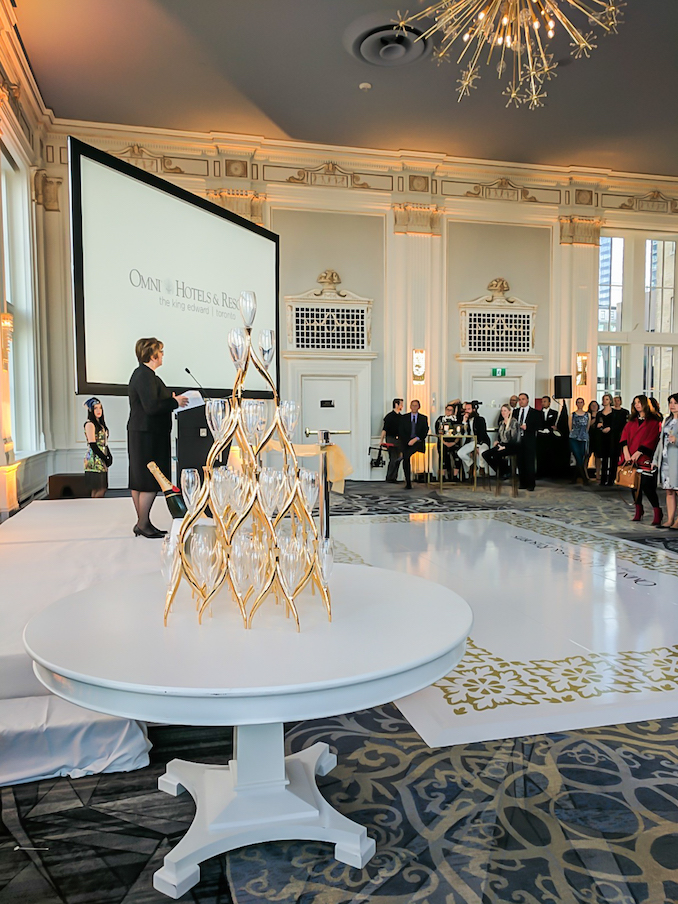 However, this past April, and almost 100 years after its first debut, the sleeping beauty was reintroduced to the city after a $6.5 million restoration. The architects, restorers, designers and historians worked to bring back the elegant space with impeccable detailing from floor to ceiling. Of course the chandeliers are breathtaking but the overall design gives a sense of nostalgia from the 1920s.

The unveiling of the newly restored Crystal Ballroom was as spectacular as one would imagine with glamorous guests all dressed in 20s fashion being entertained by Dapper Dans and Flapper Girl dancers, live big band, champagne fountain, Cigarette Girls (with candy), and of course, irresistible food. We were thrilled to be part of the hotel’s history…actually it was kind of emotional and overwhelming once we took a step back and learning so much about the King Eddy past.

Getting around the city with Your Dog Butler