I had to rub my eyes several times during opening night of The Illusionists. What I saw, along with the full house, was magical in every sense of the word. Seven of the world’s finest magicians on stage performing tricks that were so incredible that I didn’t want to blink the entire night for fear of missing every move. I must have stopped breathing a few times and then had to catch my breath at other moments. I really don’t want to give anything away as you’ve got to just see it all for your own eyes! 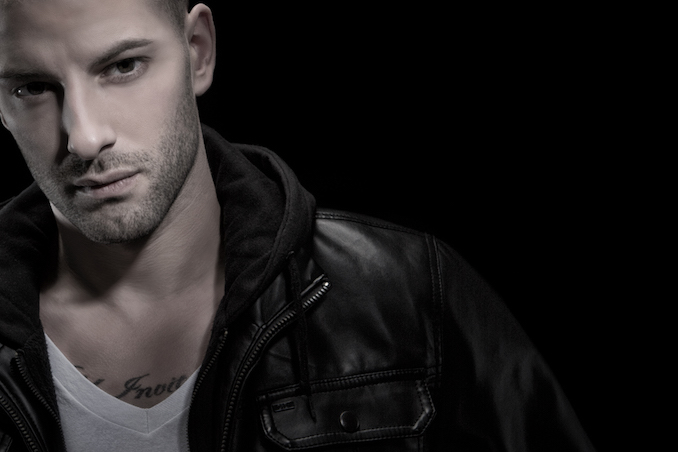 The Illusionists is not your typical magic show and each performer brings something unique. From traditional slight of hand tricks to death defying Houdini escapism to modern day illusions each of them highly regarded in their realm as well as within the industry. More than that, it’s also a show that brings awareness to a new generation of performers along side some well-respected ones.

Darcy Oake is one of the performers on this tour. He’s known as the Grand Illusionist and is “that guy you want to hang out with”  or, as some of my friends would say, “boyfriend material”. Darcy is that Canadian boy. I’m thinking he could have been a hockey kid but he chose magic at a very young age. Darcy mentioned in our interview that it was his dad that first introduced him to the world of magic. When he was a kid, his father did what he says was an “accidental card trick” and Darcy was amazed. But three weeks later his dad explained that it was pure luck that the trick was successful. It had already set the gears in motion.

Magic is his life. After years of practice and paying his dues by doing the usual schtick (birthday parties, corporate events, cruise ships) he landed as a contestant on the eighth season of Britain’s Got Talent viewed by over 10 million people and has since been travelling the world performing.

Is there a difference between a magician and an illusionist?

Darcy: Not really but there is a stigma sometimes associated with the words. Essentially they are the same but if you had to separate them, an Illusionist would be someone who involves the larger stage mostly. A magician is more of someone you can see up close and even on the street. All in all they do the same thing.

Should I be calling you an Illusionist?

Darcy: Yeah, I think that more encapsulates what I do, for sure. But there use to be a time when I thought about the terms “magician” or “magic” – people kind of think it’s one step above a clown or a mime. But once I progressed along then I thought to myself, “you know what, I don’t mind. I’m going to take that word back and make it cool.”

So, is there an illusion that you’ve done but swear you’d never do again?

Darcy: Hmmm, that’s a tough one because I’d like to say yes, but every time I have a great opportunity to do it, I will. It involves breathing. We closed the the London New Year’s Day parade one year and I was basically in a little glass box mounted to wooden stockades. My wrists were locked in on either side of the stockade. My head was locked in the box and then it was completely filled with water. I had to pick all three locks in order to escape.

Okay, that would be absolutely stressful for me to see in real life given that I’m just learning how to swim. It’s gotta hold some secrets and when do you know when to call it quits?

Darcy: (laughing) This was all done outdoors. There is no trick to this. It’s an endurance stunt and we’ve had two really close calls in preparing for this trick. It was bad.  I mean it does cross your mind to stop but for me I cross a point where I just have to do it. But the key to this is your heart-rate. You can actually go a long time without breathing. It’s just making sure you don’t panic and fighting that feeling because it’s more in the mind than anything else. But, yeah, that’s the stunt that I has crossed my mind for never doing again but then as time passes, I want to do it again.

So, there must be a million magician secrets out there. How did you learn your tricks and earn their trust in revealing some of the best magic in the world?

Darcy: I think once you get really involved in the craft, other magicians take notice of that. You’re not just a guy who wants the secrets but they can tell if you really want to learn the art form. I’m the same way. If there’s a young magician that comes up to me that I know has obviously been practicing and working on stuff, I have no problem sharing a few secrets. But there are definitely people out there who don’t want to share but I’m always thinking “how is the art form suppose to progress if no one is teaching it.” Having said that, I’m not giving away all my secrets.

Darcy: I have to say my favourite trick is with the birds. I’ve been doing that since I’ve started. Before Britain’s Got Talent I actually thought about not doing the tricks with the birds because they are live and I wondered what people think. It’s funny because you can pull a rabbit out of a box and people just think “aww, it’s a cute rabbit!” But when I did the trick with the birds the audience responded really well, they went crazy over it so I decided to keep them in the show.

I saw that trick on Britain’s Got Talent! Everything was so fast pace too!

Darcy: Yeah, that trick is all slight of hand and I use it to open my own show as a display of skill. People see that trick at the start and realize that I’ve put a lot of time and effort into what I do. Opening a show slower doesn’t really work for me, personally. I like to open fast and keep it moving. And my birds? I’ve had them forever! They live a pretty luxurious life. Trust me, they are pampered.

Okay, can we talk about your image? You definitely don’t have that image of Vegas showman or tanned domed hair with flashy stuff. But you’ve got that persona of “hey I could totally hang out with you” and even the info I had received said describes you as the guy you would want to have a beer with after the show, anyone take you up on that offer?

Darcy: Yeah, totally! I’ll go for a beer. I’m just a normal guy. But it’s amazing travelling and performing — you get to meet different people and find yourself in different situations. I’m actually so thankful for the experiences, it’s been far beyond anything I had imagined. Magic is a universal language. You can go anywhere in the world and people will react the same way. You don’t have to speak the same language to get the experience.

Anywhere comes to mind that you’ve performed for that was pretty cool?

Darcy: We did a performance for the President of Kazakhstan and there were officials everywhere. It was pretty cool. They just loved the tricks! There’s been a few experiences like that were amazing and I just think that it all started from when I was eight year old starting in my parent’s house, you know? It’s wild!

Speaking of parents, how did you convince them that this is what you wanted to do?

Darcy: They’ve been very supportive. You know what? There was never a time they told me to do something else. Even where there were times that I was in between booking shows and there was a lull, they were never telling me to go do something else. Instead, they kept encouraging me to book more shows. So, having their support really helped me thrive and figure my way. It’s so satisfying to think I was a young kid who said “Hey, I want to be a magician!” to my parents and then actually doing it and turning it into a career. They never told me that I shouldn’t do it but I would imagine that any parent would have wondered in their minds if it’s the right choice. It’s pretty wild.

What do you love most about what you do?

Darcy: I love the instant response that you get from the audience! Even if you try something and it doesn’t work I just know right away. You can feel it. You don’t have to wait for reactions. It’s instant gratification. I’m a strong believer that there’s a difference between being good and it going well. You can sense when a trick is going well and the audience reacts but when you’re good, it’s a whole different experience. It’s better than just doing well. I love that. I also view every situation as a different experience. I go out every night thinking “what do I have to do to win this crowd over?” It’s that connection with the audience that is exciting and every night is different. I live for this.

The show is a great escape from the stresses of the holidays and everyday. It completely keeps you engaged and focused every moment. I honestly want to tell you specifics of the show but it’s an experience. I won’t give any secrets away.

Direct from Broadway, The Illusionists is a mind-blowing spectacle that is suitable for the entire family. It is on stage now at the Princess of Wales Theatre until January 7, 2017. Performance is approximately 2 hours long.  Special family shows also added to the schedule that are 95 minutes long to accommodate younger children – special ticket pricing for these. For more information visit mirvish.com

Halloween is not cancelled in our books. In fact, we’re putting in extra effort this year to treat ourselves and […]

Birthdays and a sweet pampering at the Elmwood Spa

Having a birthday in the winter and close to the holidays often meant no big celebrations growing up. Gatherings with […]